His characters are smooth, soft-hued and sometimes weirdly sexual, an aesthetic niche he’s cleverly carved to make them instantly recognisable.

Patrick Sluiter is a New York-based graphic designer and illustrator, who uses unsaturated tones and satisfyingly rounded, rendered forms to convey an “atmosphere of silence”. Some of his illustrations have a clearly sexual undertone mixed with soft and slow motions of the figures. 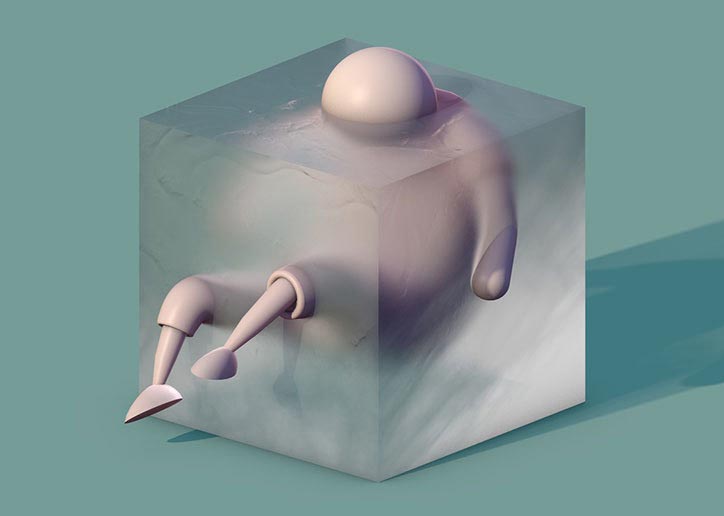 “If I were to give my work a short description it would be quiet melancholy,” Patrick explains. “The figures are primarily inspired by emotions and serve as an open door to connect with whomever is looking at it. This helps dictate the colour palette, because I want that quiet tone to always be present.” 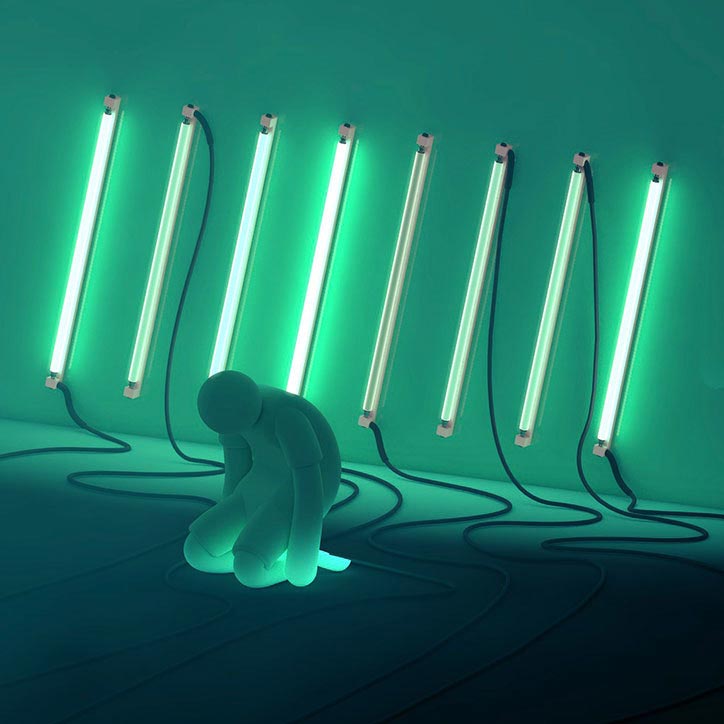 Patrick uses Cinema 4D to create his works and draws inspiration from the work of other artists such as Geoff McFetridge, Alexy Préfontaine, Mike Lee, Thomas Hedger, Xavier Cardona and Liron Ashkenazi Eldar. You can spot elements of each in Patrick’s work, like the liquid-like shapes, expressive figures or pink hues. 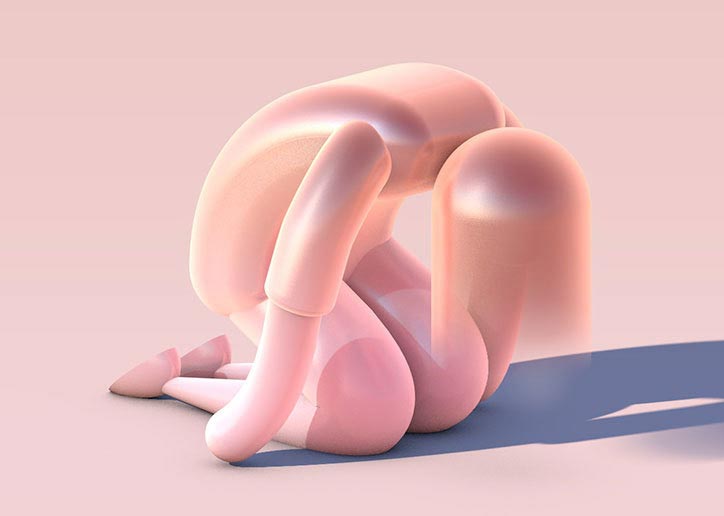 Recently he participated in a project by Giphy, called TIME_FRAME, where 30 artists spirited GIFs away from the digital world and into the physical for a gallery show in New York City. For these 10 animations he played with more vivid colors than usual and included a comedic subject matter.

“All the animations grew from an idea of a lucid dream that seemed tangible, but would have a sense of abstraction. Some were more ‘out there’ than others but my favourite was a couple that have an outlet and plug prong for faces. There’s a clearly sexual undertone, but the goal was to show compatibility and the subtle motions you use to communicate to your significant other.”