A hotel can never replace a proper home – it should be better, at least for a few days. According to André Saraiva a good hotel is an experience. André who made himself a name as a graffiti artist with numerous exhibitions and collaborations with fashion houses like Chanel and Louis Vuitton opened his first hotel Hotel Amour in Paris in 2011, followed by the Grand Amour in 2015. 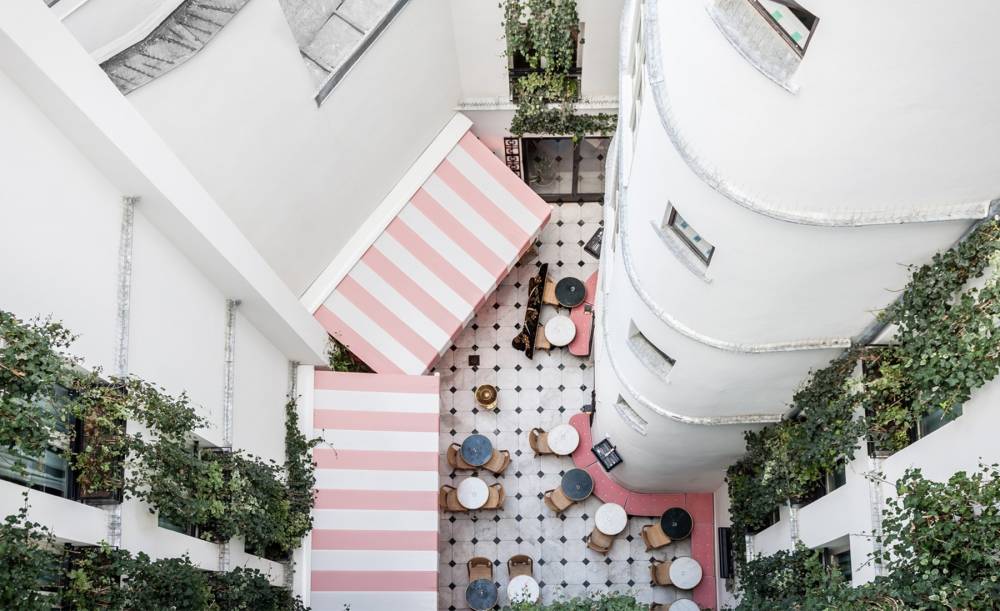 In the infamous area around Place Pigalle, the former red light district of Paris, the wickedness never really left. You can feel it in the atmosphere or in a not so subtle way at the entrance of Hotel Amour were guests are greeted by a smiling Mickey Mouse with an enormous and shiny penis.

The hotel owner André first had the idea of an hotel, because he and his friends were missing a cool place to gather after partying or to sleep after a night out. For him it was the natural next step to open such place himself. 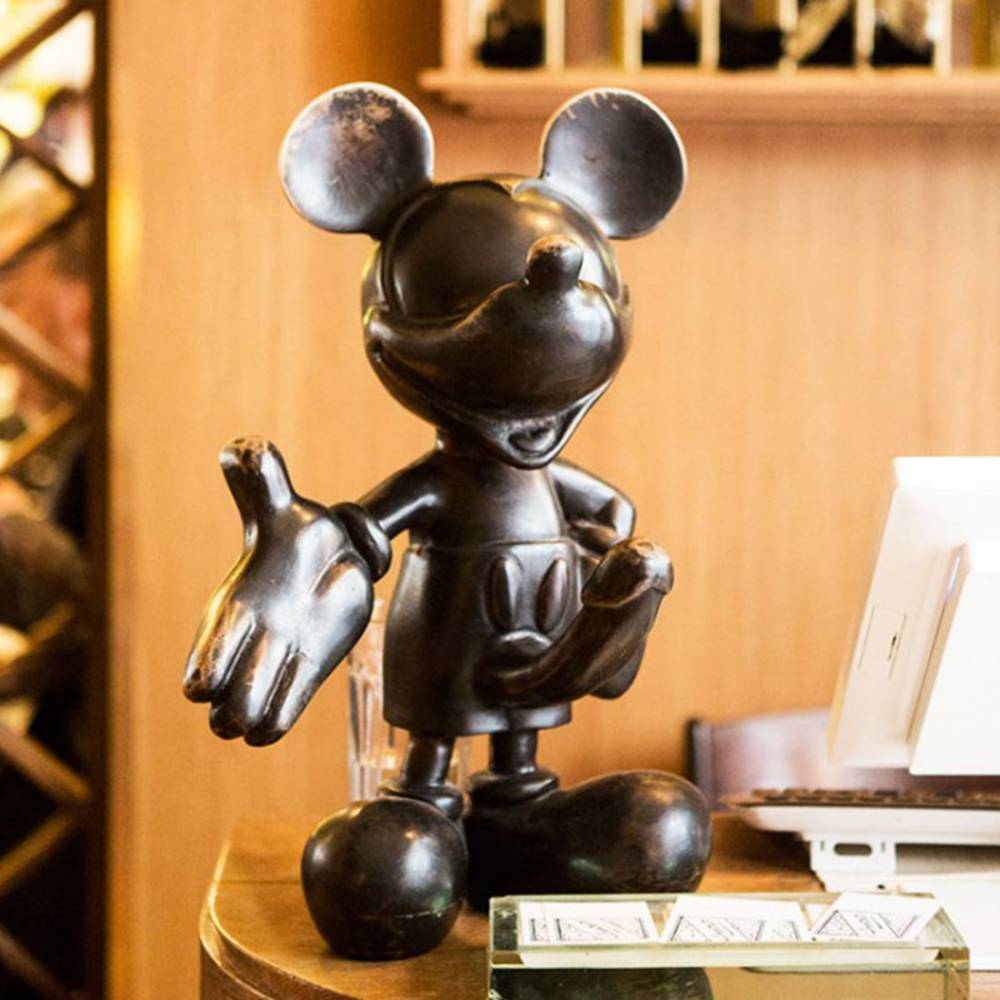 For him, the most important things for a good hotel are flawless tidiness, the best bed linen money can buy, good service – and what’s very important for him – good lighting. The aspect, that makes this ‘good hotel’ extraordinary is that certain something that breaths in soul. In the case of Hotel Amour and Grand Amour the soul comes from André and his befriended Artists who were involved in the design and decor. While walking through the halls and rooms of the hotel you find pieces by M/M Paris, Jean-Philipp Delhomme, Alexandre de Betak, Sophie Galle, Pierre Le-Tan, Glenn O’Brien, Olivier Zahm, Mark Newson and many more. 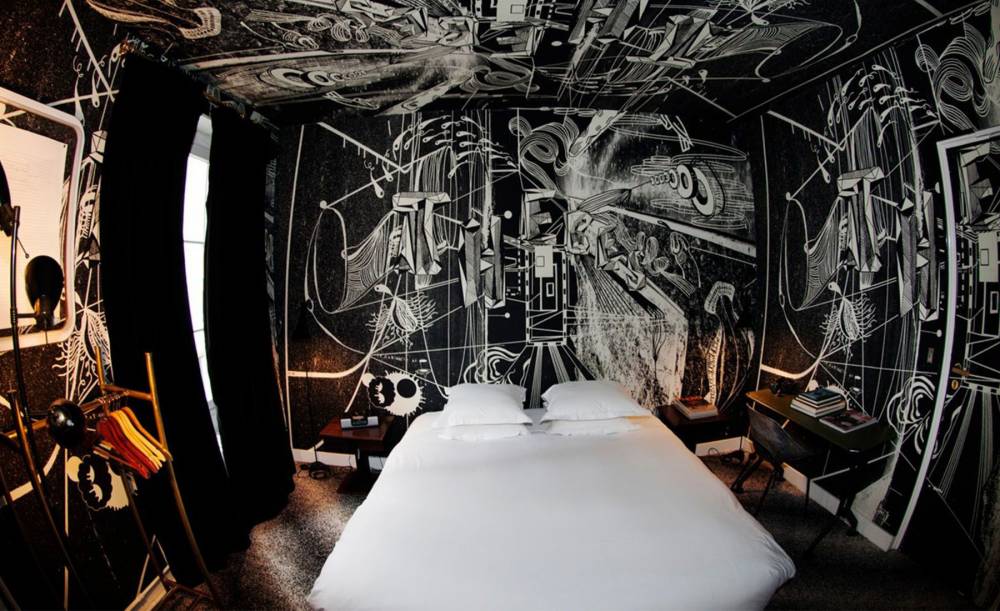 Every artist involved has a unique style, different approaches and their own statement, which makes both hotels to the exciting places they are. But for André nothing is ever finished, everything is a process, therefore the premises are ever changing and never the same.
What you don’t necessarily see at the first glance, every piece of art and furniture is from the personal collection of André and his partner Thierry Costes (owner of the Parisienne Hotel Costes). All of it unique and fancy – and only original artworks, even the prints by Guy Bourdin and Helmut Newton! 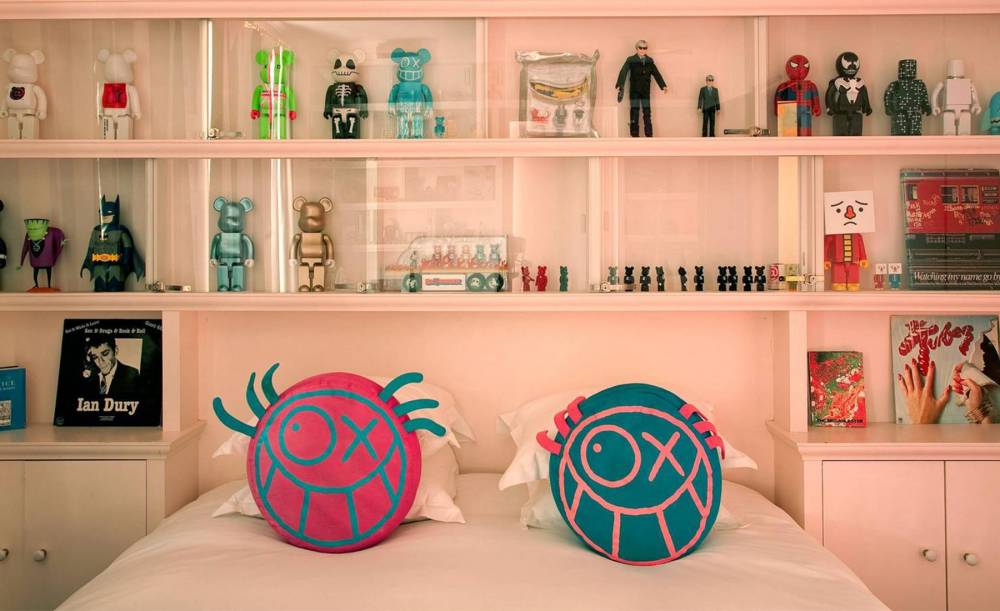 Unfortunately the artists André wants to work with the most are no longer with us. He often imagines what rooms designed by Man Ray, Marcel Duchamp or Pablo Picasso would have looked like. 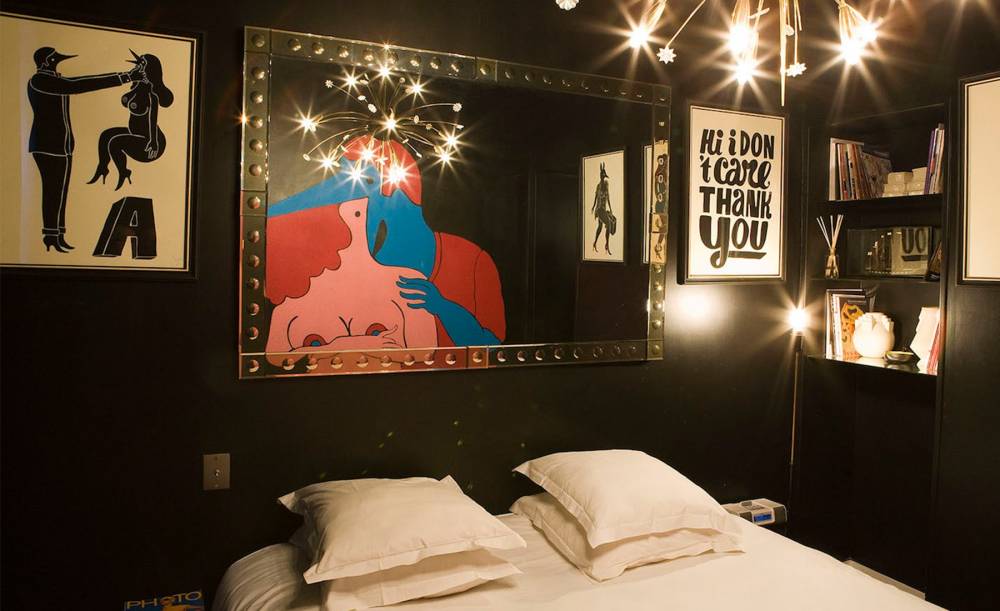 Since he is not the only street artist with his own hotel, he often gets asked what he thinks about Banksy’s Walled Off Hotel in Palestine and his opinion is clear: He absolutely loves it! According to him it is one of the best projects he has seen in a while. That will probably change soon, since he is already working on his next hotel opening. The spot he chose for his new project stands apart from the others, for it will be in Portugal by the beach. He imagines a place were artists not only spend their vacation, but also for them to work there for a longer term. Since it is only approx. 25 minutes away from Lisbon, the guests can easily go to the city for a night out, when they get bored on the countryside. 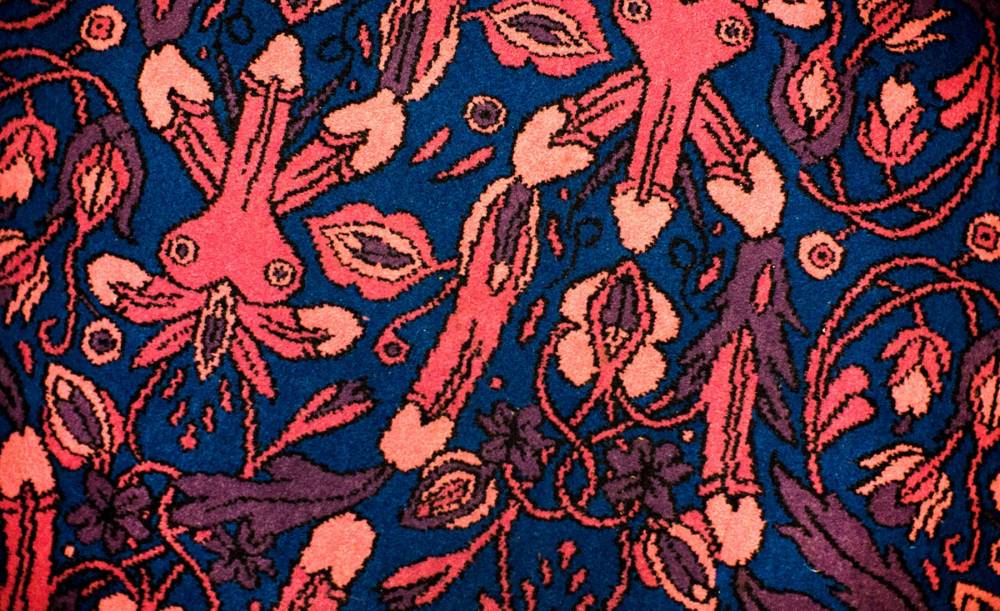 We already booked our flights, so we’re off – Bye then!

Find more info about André Saraiva here or more about the hotels here.