The attraction of books during digitization

Slanted is not only known for its beautiful magazines, it is also a publishing house for the greatest books. We talked to Julia Kahl, CEO of Slanted Publishers, about the influence of digitization on the book business, new projects and her favourite piece for cozy evenings.

Slanted started as a blog in 2004, how did it come that the first magazine was published after such a short time already?

The blog became a big success in a very short time, but we wanted to attend the topics in greater detail and more intense. The first issues were produced in a small print run of only 200 copies, with no distribution, subscription or advertising. If someone was interested in purchasing an issue, they just sent an envelope with money and received the print magazine in return. Slanted became renowned very quickly, followed by many design awards and a fast growing community. 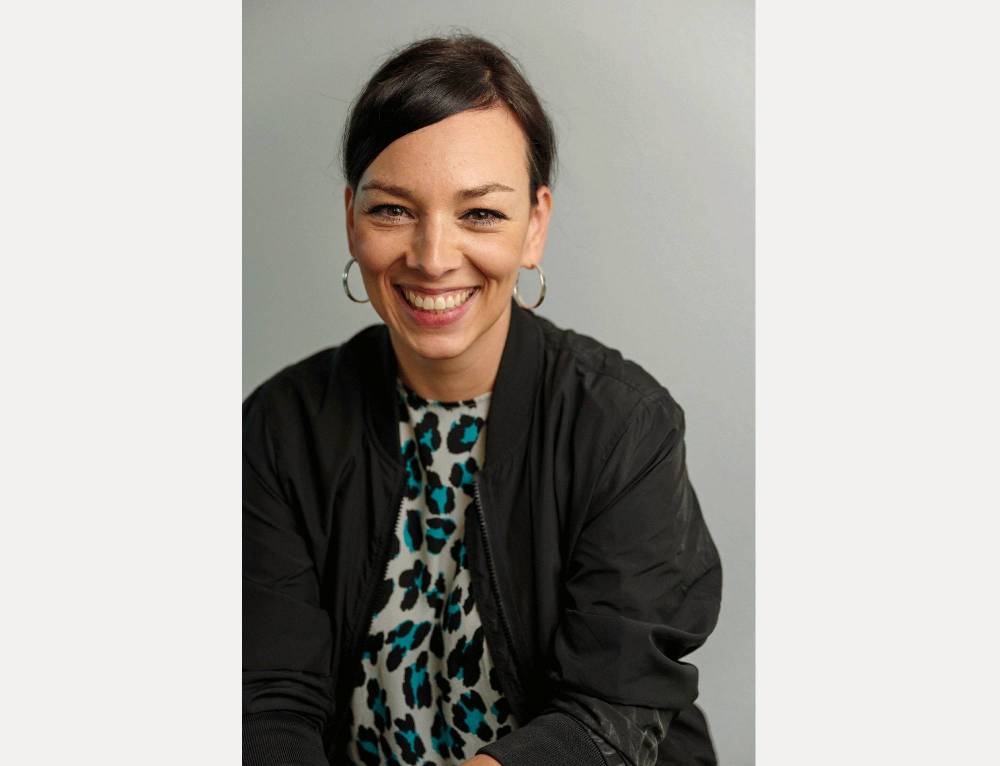 When did Slanted Publishers follow and what was the first published book?

The publishing house was founded in 2014, 10 years after the blog. In order to fully develop, Lars Harmsen and I had the feeling it needed to be separated from the graphic design studio where it was founded. One of our first books published was the Yearbook of Type III. It was exciting and financially risky, but we trusted ourselves and our large community which made us grow … 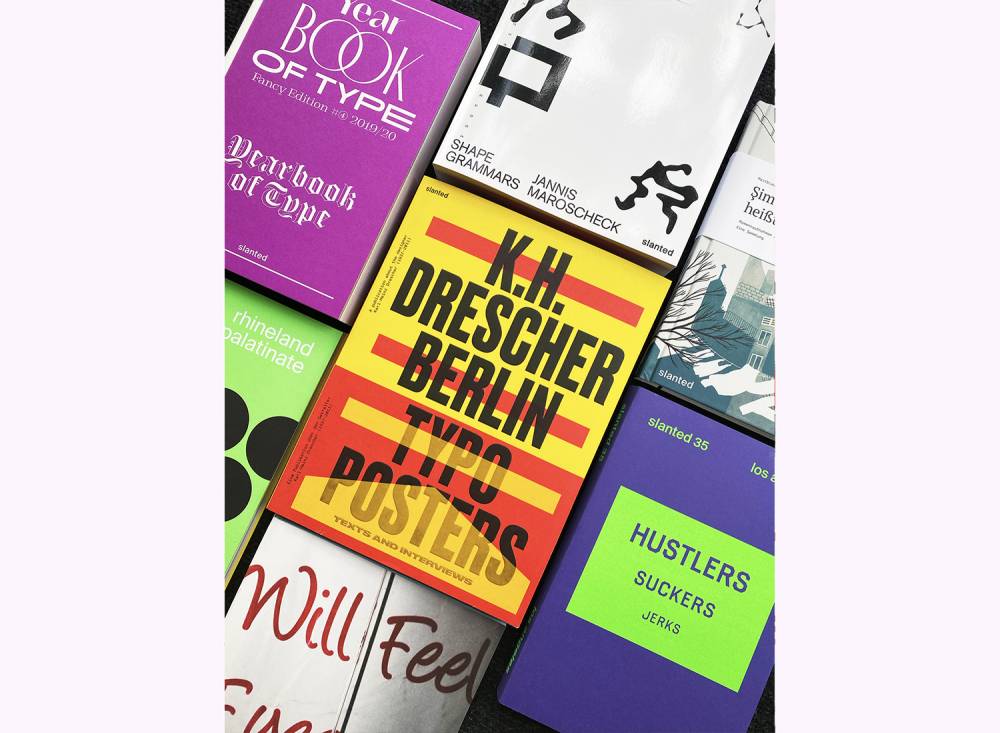 On the one hand, 2020 is referred to as the year of digitization, on the other hand, the demand for print has also increased enormously. Why do you think that is and do you think these two areas can complement each other?

People had more time to take care of their own projects or just relax with a nice book. They were able to focus on the essentials, and started questioning their digital lives. Online and print are not mutually exclusive, as we have shown in many years of slanted projects. I am convinced that there is the right situation at the right time and with the right context for every medium.

Have you noticed an increase in the need for books and reading material due to Corona?

Definitely, our online design marketplace has never been that well visited by people from all over the world who want to get their magazines and books published. 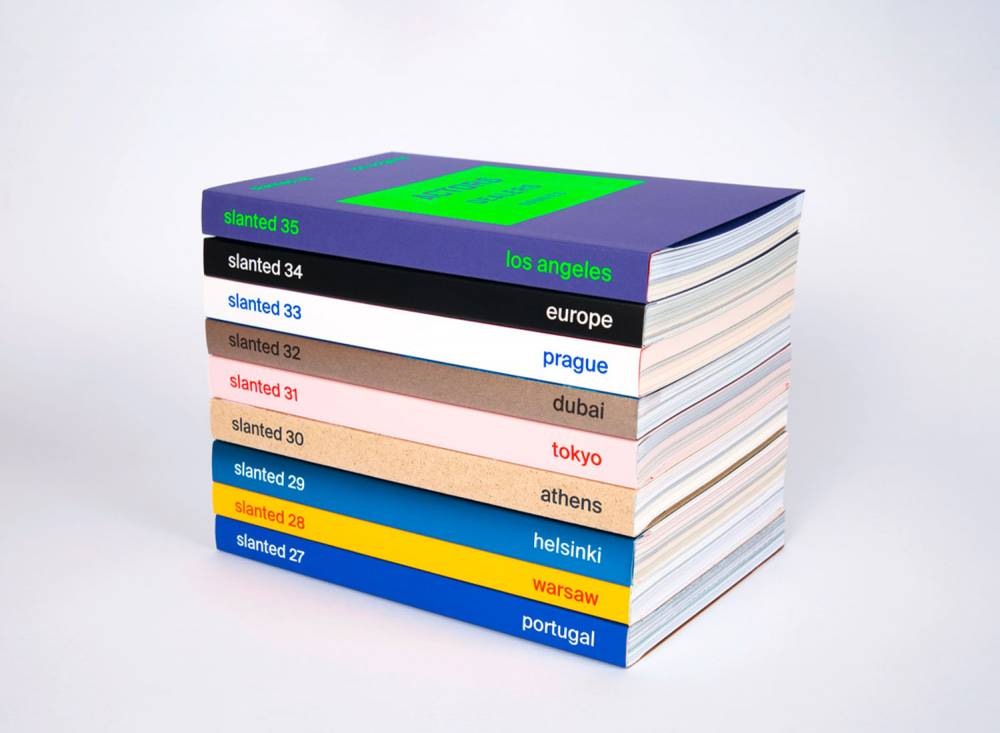 What influence did Covid have on your publishing house?

2020 was not easy for us. Airports and train stations without passengers, resulted in sales declines. Everyone had to save money and media budgets were frozen. But it was also a big chance and proven to be a great opportunity. We have realized many new projects and are now more strongly perceived as a publishing house, where you can publish your idea with an ambitious team and a large audience behind.

What influence does digitization have on the publishing industry in general?

A lot is changing in the industry right now and that’s a good thing. I believe that as a publisher you have to take completely new paths. Just putting lots of new books on the market is no longer enough, you also have to take care of their advertising and reach, make it special and tell a story. 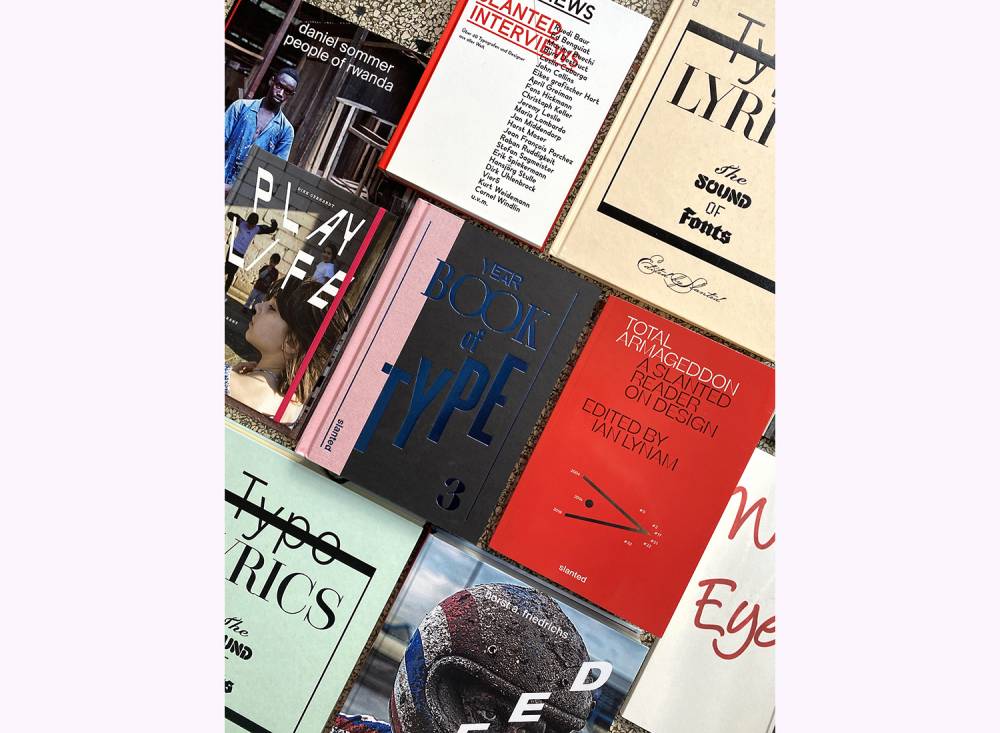 Have you ever thought of offering or switching to e-books due to the increase in digital demand?

No, not really. I am convinced that all senses must be addressed and that typography on paper still has a very special attraction.

Do you feel that during the lockdown, people were more creative and therefore produced more scripts that now need to be published?

Yes, absolutely. Last spring we initiated a project with the crowdfunding platform Kickstarter and launched an open-call for graphic designers, typographers, photographers, illustrators, editors and art directors who were seeking fundings for their print publication projects. We have received nearly 100 submissions and then chose 9 candidates who received one-on-one mentoring sessions with the Slanted and Kickstarter team to help successfully build & promote their campaign. We chimed in with our expertise on the creative and entrepreneurial side of things and found out that authors want comprehensive support and a sparring partner at eye level. In the end 8 projects were funded successfully and the first ones published a few weeks ago. 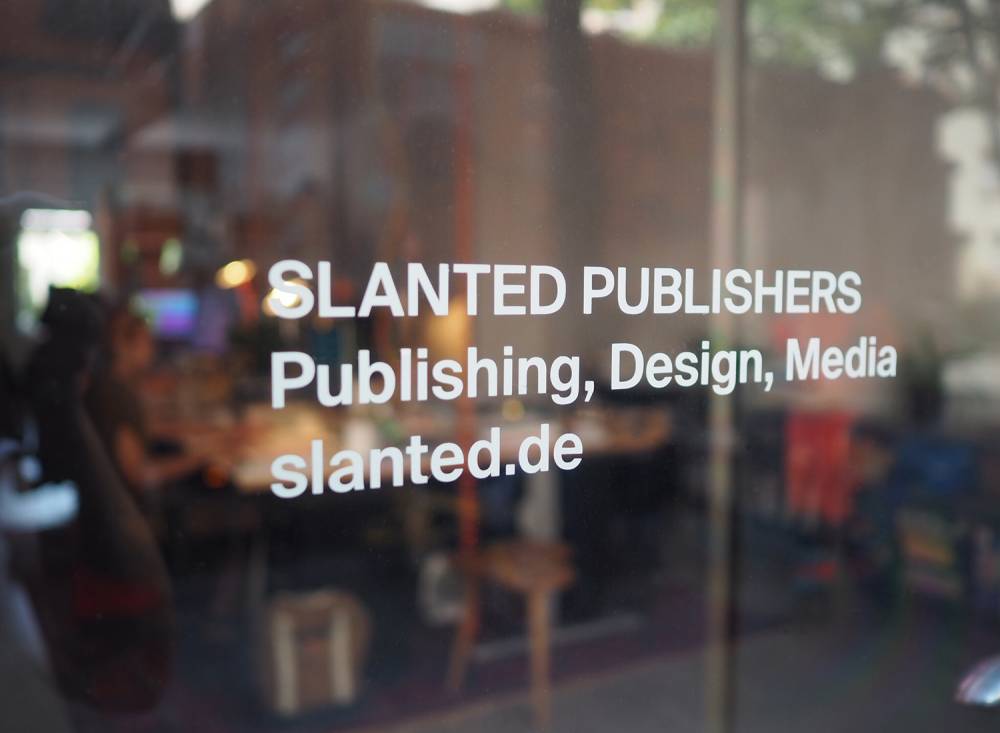 Julia, you are CEO of Slanted publishers, editor and graphic designer, all in one. Where do you get your inspiration for new books and would you say you have a feeling about a book becoming a bestseller when holding the script in hands for the first time?

That’s a tough question. We receive many inquiries, which makes us very happy and gives us a certain trust that we have tried to build up over the last years. Our experience in the field of design journalism helped us to keep our finger on the pulse of time and to discover contemporary projects. But sometimes we’re also surprised by the success of a publication, such as Shape Grammars by Jannis Maroscheck, which was now produced in its fourth edition — and it seems as if we are still far from reaching the peak.

It’s a fast pace of life, both a curse and a blessing. I wished for more time. 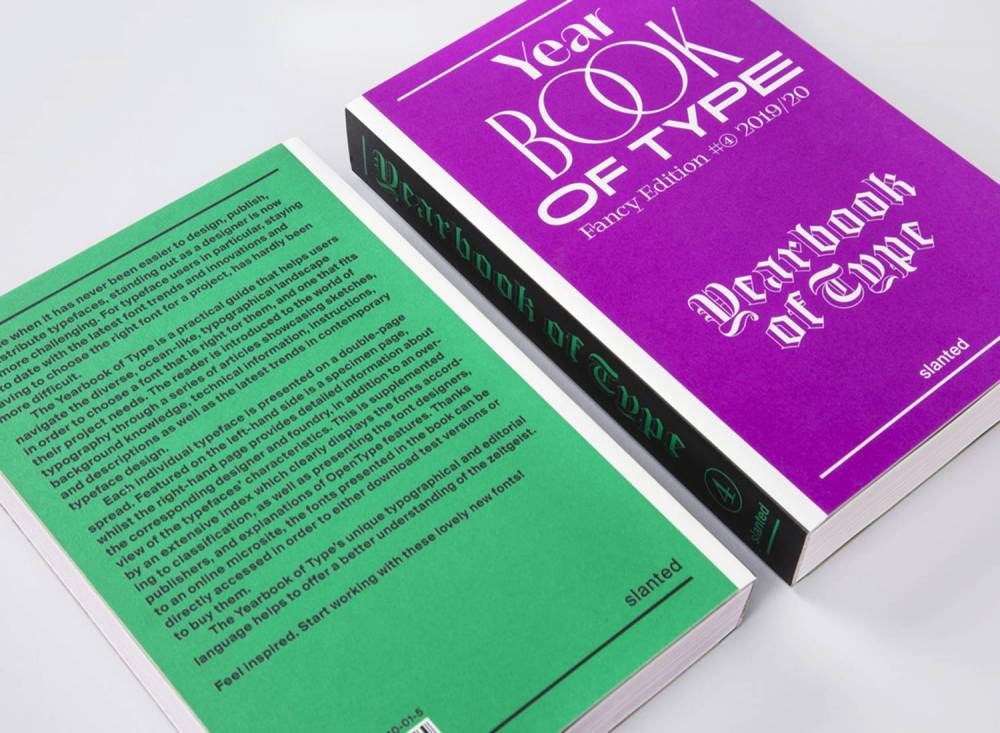 What is your personal favorite book and why?

One of my ever favorite books is Oh, Ein Tier (Oh, an animal) by Felix Bork which summarizes exactly the thoughts you have when you meet one of these funny furry or feathery creatures in the urban jungle. Anyone who still thinks Bambi is a deer should take a look inside. It’s exactly my humour!

The latest book published by Slanted is Leafy House Plants, can you tell us in only a few sentences about the content of the book and if it’s a real insider tip only for plant lovers?

Leafy House Plants is a reissue of the botanical Encyclopedia Zimmerblattpflanzen by German botanist Udo Dammer who wrote down all his knowledge 120 years ago. Benjamin Wurster stumbled upon this book and its beautiful plant illustrations and had the idea of a modern version including all illustrations as well as the original German text translated into English for the first time. When he heard about our mentoring & publishing program, he applied and we published a great book together! 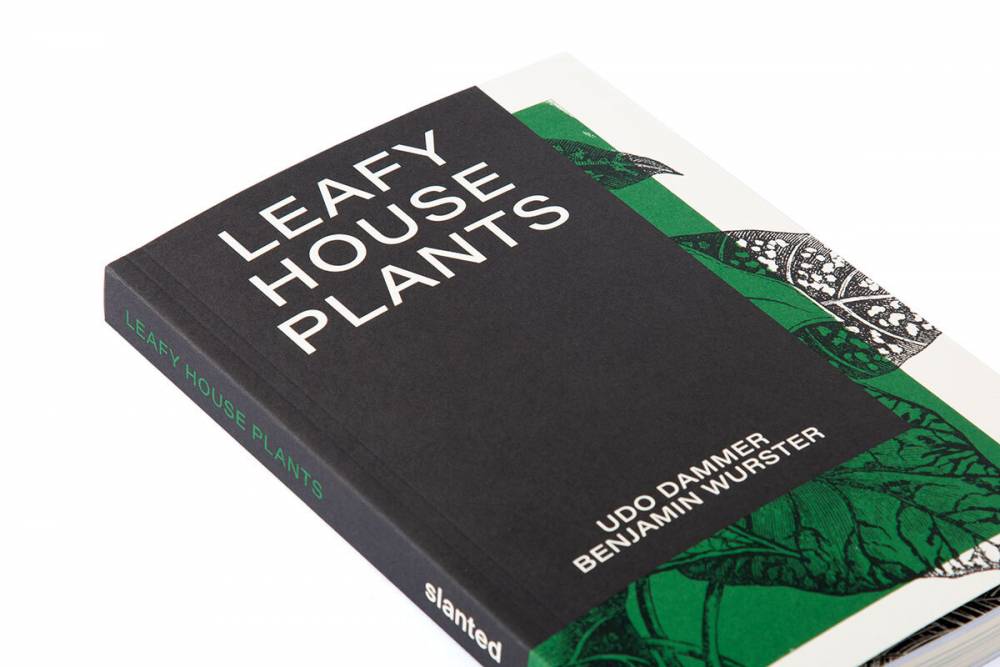 Slanted is running the exciting Kickstarter Campaign Breakout – 100 books by Cihan Tamti until December 5th, can you tell us more about that?

Starting to build a business in the design scene can be tough, especially while being a student. Cihan Tamti is a design student with a clever idea: he started to treat Instagram like a graphic design gym and worked on poster designs on a daily basis. Without the constraints of a client, he developed designs with strong, experimental typography and complex compositions that ended up winning competitions and attracting people all over the world. We thought that his works should be published in a book and subsequently started a Kickstarter campaign. Breakout—100 Posters Book shows his love to experiment with letters and customizing fonts, as well as his sense for ambitious cutting-edge graphics. But what makes it even more important to us is that it encourages and inspires to break out of oneself and to start spreading one’s own visual messages.

We currently spend a lot of time at home, what is your absolute go-to-book for a cozy evening at home?

Slanted Magazine #36—Coexist is our latest magazine (extra thick with almost 100 pages extra—352 instead of 256) questioning topics such as climate change, political power, human rights, freedom of speech, wars, and many other global issues. More than 450 designers, illustrators, photographers, writers and artists from all over the world contributed to it and have made it a very special edition, which is a plea for living and existing together in peace, at the same time and the same place. I think that’s what it’s all about …