In an attempt to liven up the art history museum Jack Sachs has created an animated film tour of the Tate Britain, where his brilliantly bizarre, plasticine-like CG characters move around the gallery amid the art. SHHH! features animated creatures invading motion-tracked footage of the gallery’s interior space.

Admittedly, the museum “can feel a bit austere and inaccessible to people with less of an interest in art history,” says Jack. He was asked to create a piece that would engage young people with the Tate Britain and created a fun and accessible film for “all sorts of people”.

You can see a giant floating head, a dancing inflatable tube guy and a wobbly pencil as they slowly make their way around the gallery, while happy Brussels sprouts pour out of a painting. The soundtrack was masterfully created by sound studio Father, Samantha Rubinstein was director of photography and Blinkink Studio supported the making of the film. 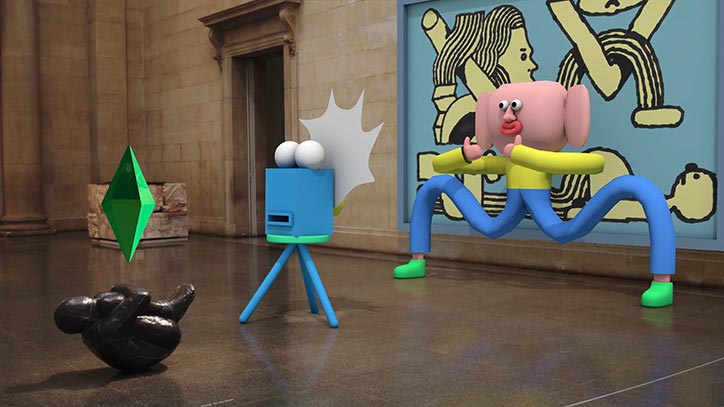 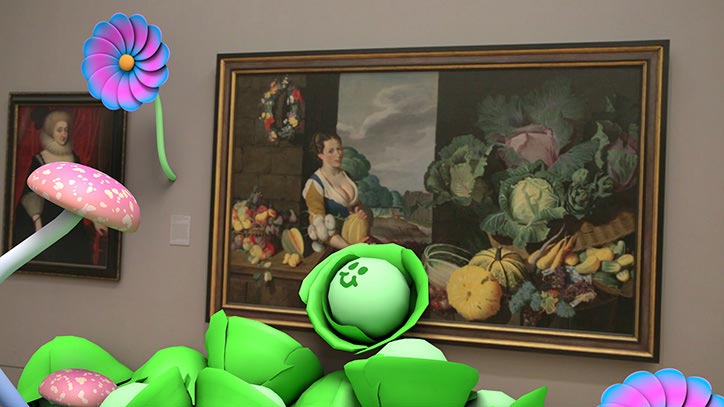 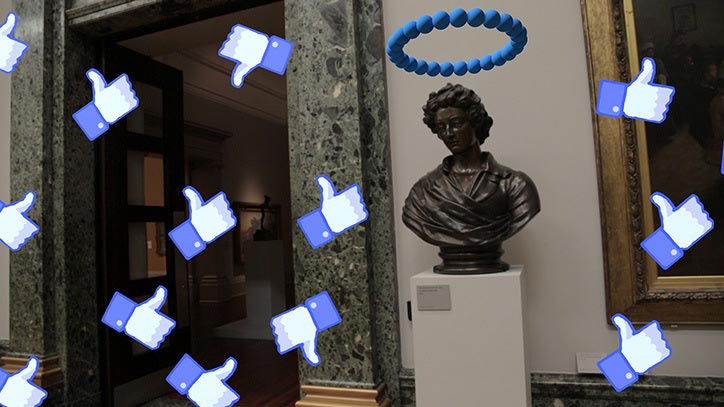 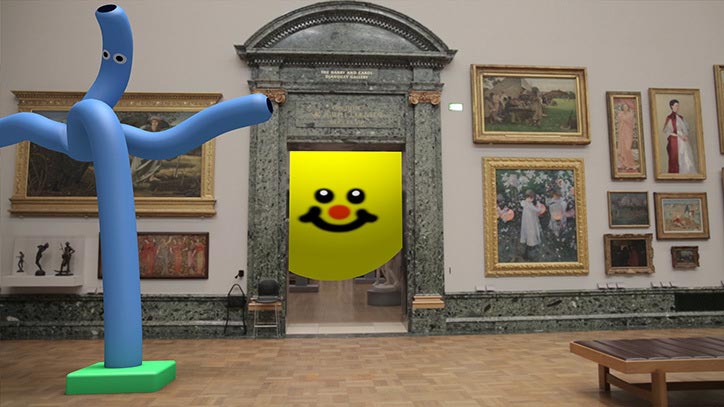 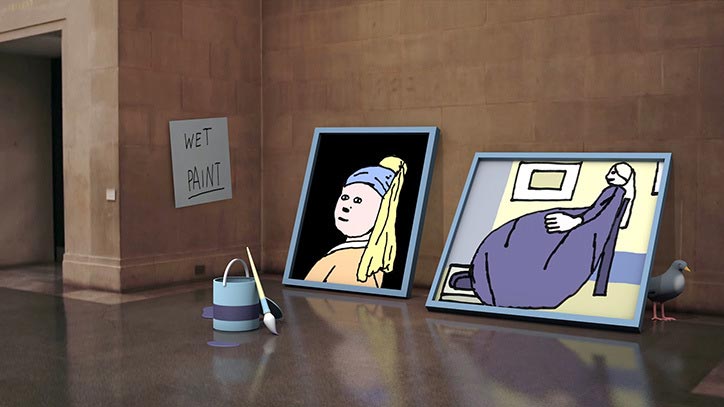 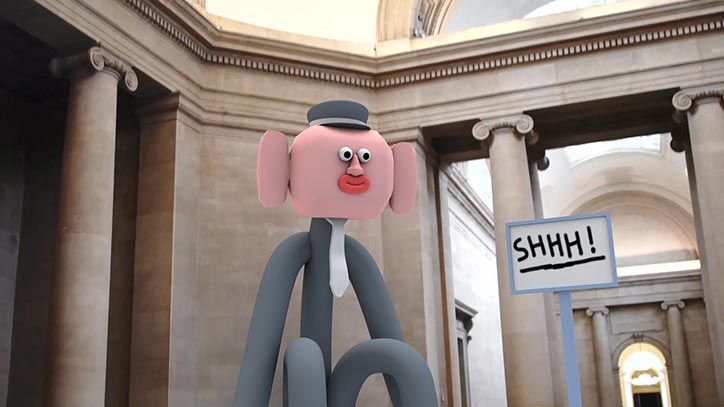