The artist took several spherical balloons, in different sizes, and wrapped them in an variety of fabrics.

The fabric covers zip together, allowing the balloons to be combined into a large and unusual cluster.
Pétillon, who often works with balloons, produced the images to showcase an installation he created for Italian textiles brand Sunbrella during Milan design week.

This four-metre-high composition was then artificially inserted into Pétillon’s photographs, which depict a range of deserted environments that include both buildings and landscapes.

“I wanted to create a contrast with the materials,” Pétillon says about his artworks. “You see the concrete is very strong, and you feel frightened for the installation.”

Pétillon is based in Paris. His past experiments with inflatables include filling Covent Garden market in London with 100,000 white balloons, and a similar project in spaces including a golf course and a suburban house. 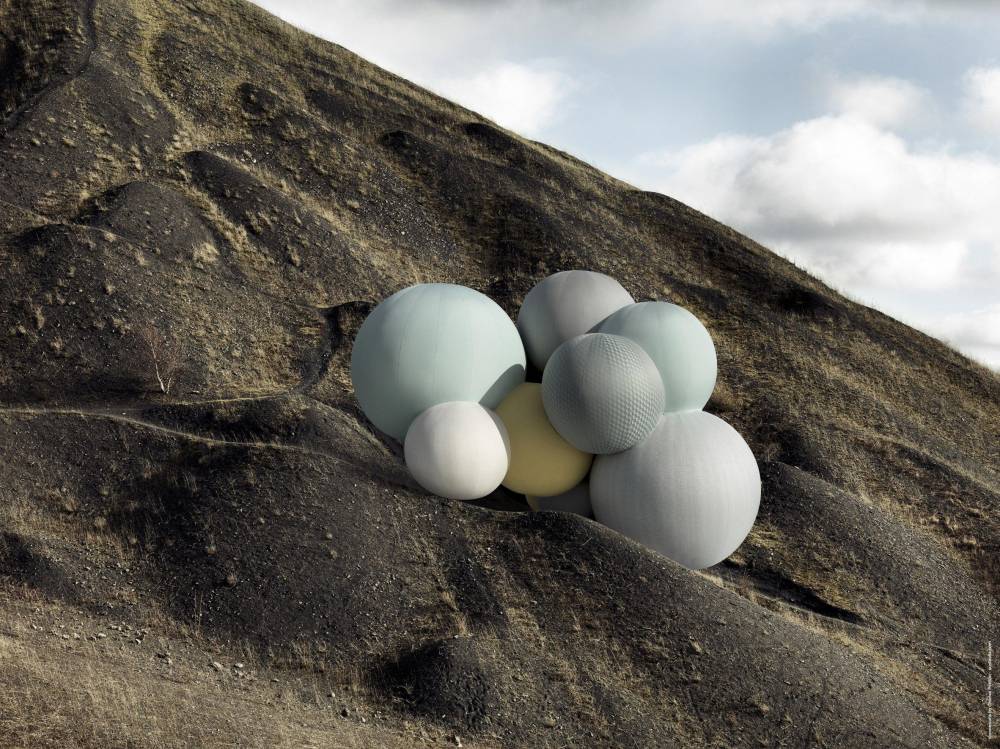 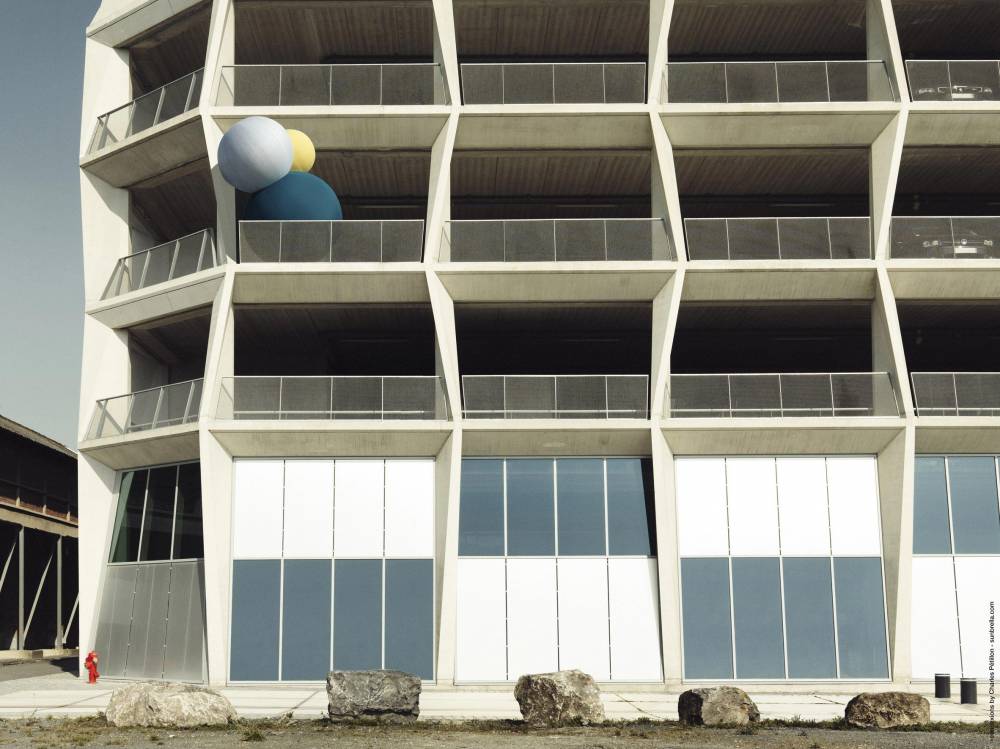 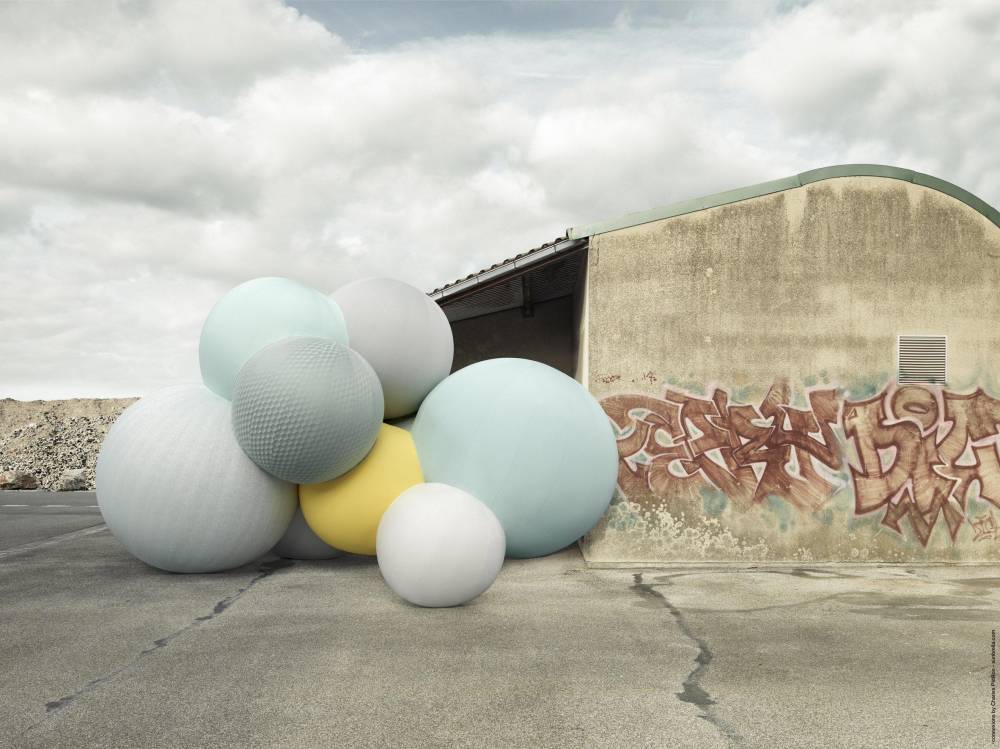 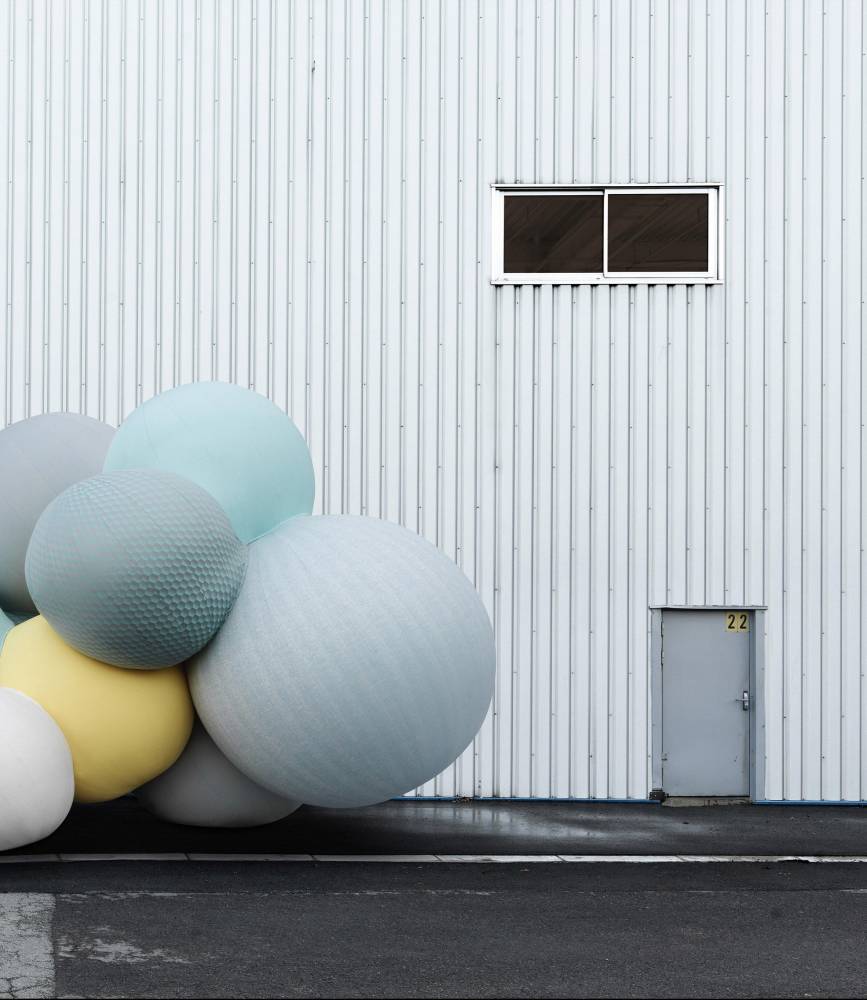