Corita Kent was in a religious order and an art teacher but mostly she is known as the “Pop Art Nun”. In November 2018, she would have turned 100 years old and her artistic work proves: political activism comes in all shapes and sizes – even in a nun’s robe.

As long as Corita Kent was a nun, she was always in full habit, which posed a crass contrast to the colourful and exuberant art she created. In school, she was first praised for her original artwork, which is why she trained as an art teacher after joining a convent when she was 18. In her 20s and 30s, Corita was known for her unique teaching techniques which led to her becoming head of the art department at her school in 1964.

Being a Nun or Being an Artist

Corita Kent started to focus more on her art at the end of the 1950s and in the 1960s. She printed silkscreens with bright colours and political messages. One can easily spot the pop cultural tendencies of her work in the sixties, even in her more religious pieces like enriched bread (1965).

But she celebrates her artistic triumphs with her political statements. In stop the bombing (1967) she states her protest against the Vietnamese war in big, wobbly letters against an angry red backdrop. The nun’s art was heavily influenced by her beliefs in activism and social change.

This sparked an inner conflict between her religious beliefs and the political protest depicted in her work, which ended in her leaving the convent in 1968. Around the same time, many other more liberal and forward-thinking nuns left her order and established a more inclusive religious community, to which Kent remained close until her death – leaving her work and royalties to them.

At 50 years old, she moved to Boston after leaving the convent and therefore living alone for the first time in her life. Her art becomes calmer, using more pastel and watercolours. In 1974, she was diagnosed with cancer. From then on she addressed her illness in her art while still remaining political until her death at 67 years old in 1986.

An exhibition at the Ditchling Museum of Art and Craft in Sussex covers Corita’s output from 1952 to 1972. And over 100 years after the day of Corita Kent’s birth, her work is as timely as ever, since the social and political climate today does not seem too different from the 1960s.

Cortia Kent might not be as well known as Andy Warhol, but her work wasn’t less important to pop art itself, as Donna Steele, the curator of the exhibition in celebration of her 100th birthday, states in the Guardian: “It stands up there with the work of the Pop Art greats – people like Robert Rauschenberg, Jasper Johns, Richard Hamilton and Peter Blake. It’s big and bold and it’s of the moment.”

If not stated otherwise, all images are courtesy of the Corita Art Center, Immaculate Heart Community, Los Angeles.

Did we spawn your interest? You can see her work now until October 11th in an exhibition in Innsbruck, Austria. 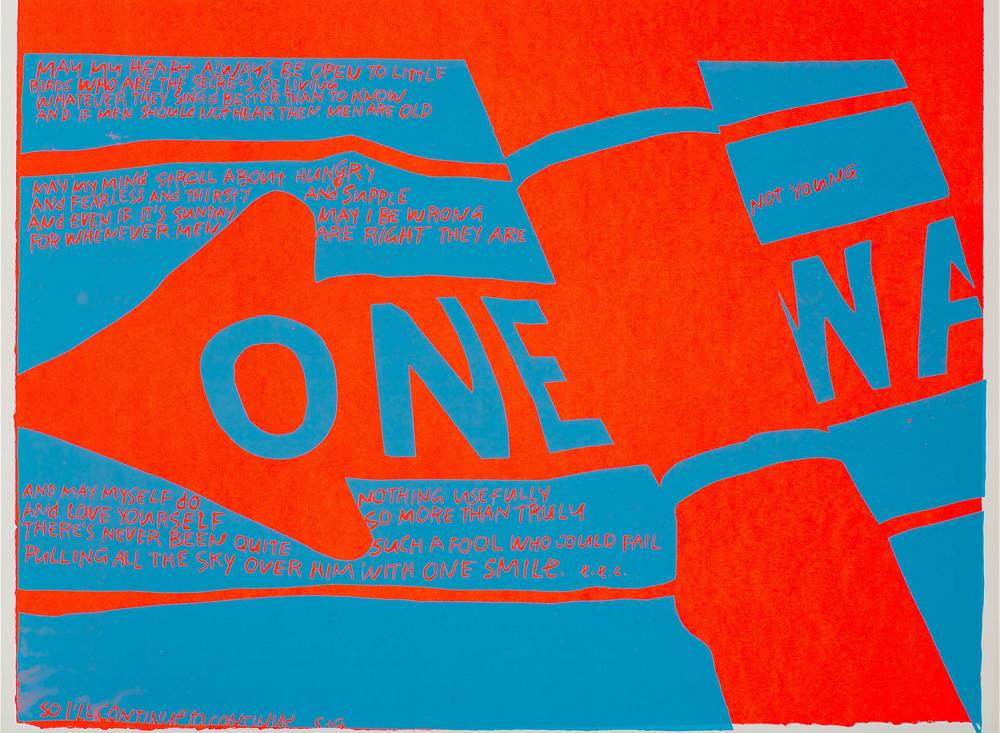 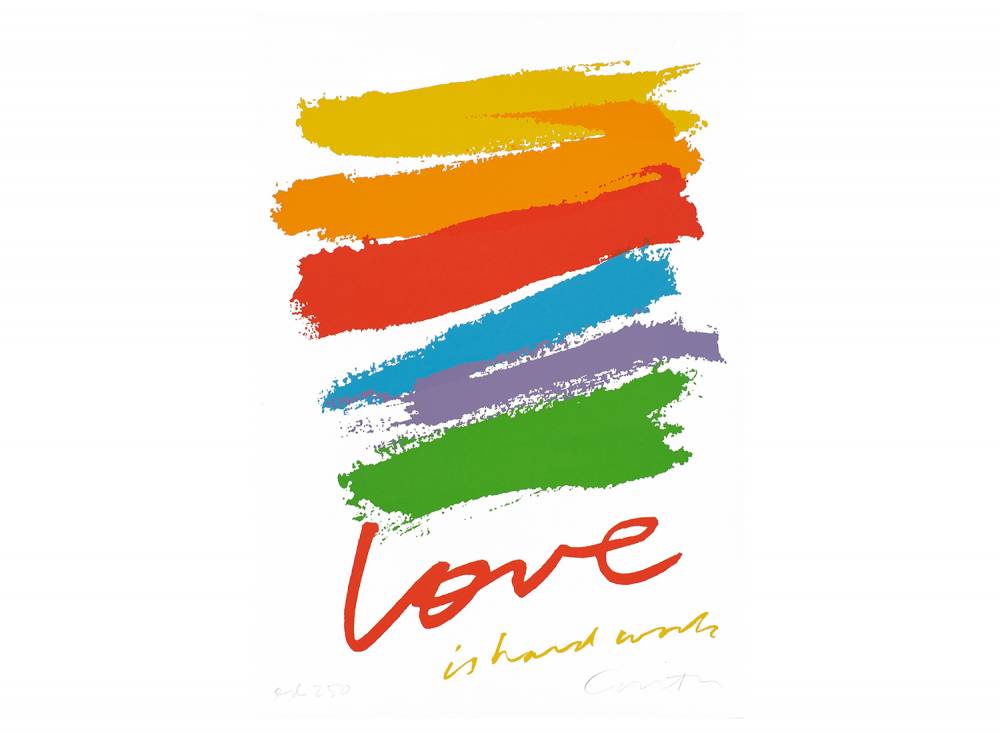