From the 11th to the 15th of July 2018 an unusual sight presented itself to New Yorkers at the Brookfield Place. Jason Hackenwerth’s exhibition “Animal Soul” stunned children as well as adults. 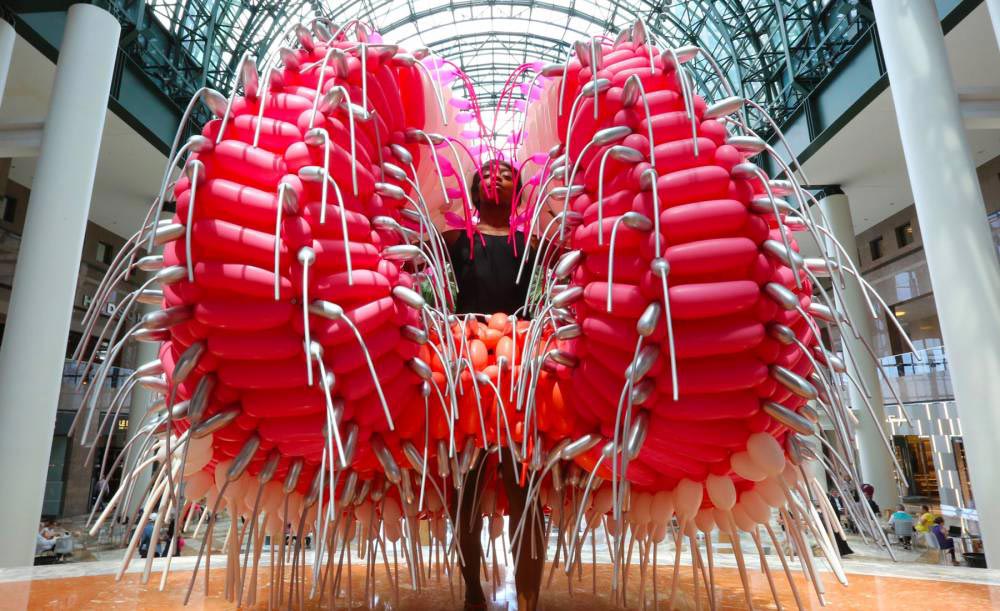 The giant inflatable artworks, that looked like otherworldly creatures, swooned around for 5 full days. They were over 9 meters high and some of them called the “Megamites” were even brought to live by professional dancers. 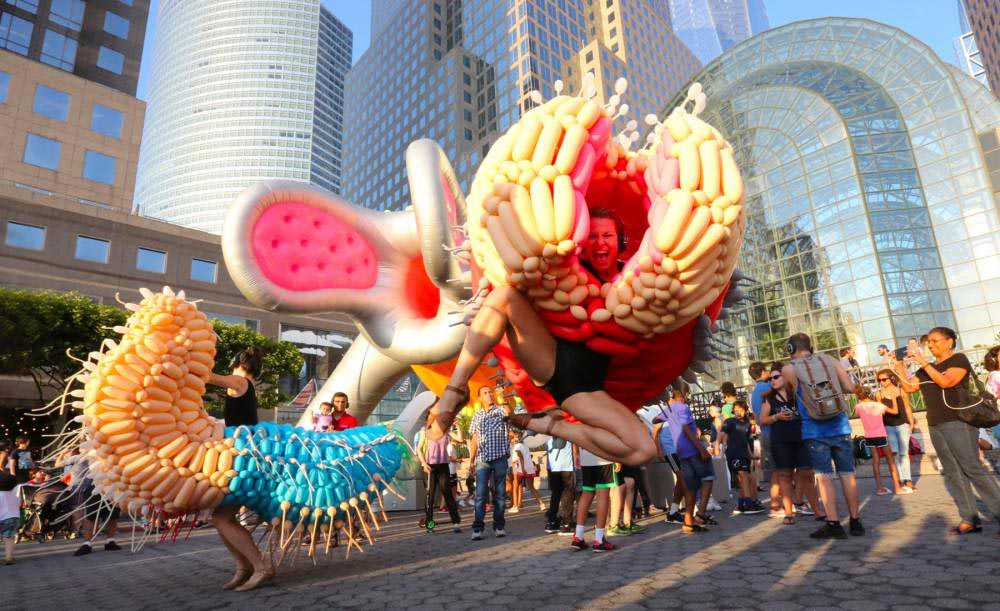 Jason is mainly known for his organic and biological forms made from latex balloons. “Everyone’s attracted to balloons. Your hair is attracted—when I work on balloons in the studio everything wants to attract to them, they have so much static attraction,” Hackenwerth told Motherboard at the PopTech conference in Maine, US. 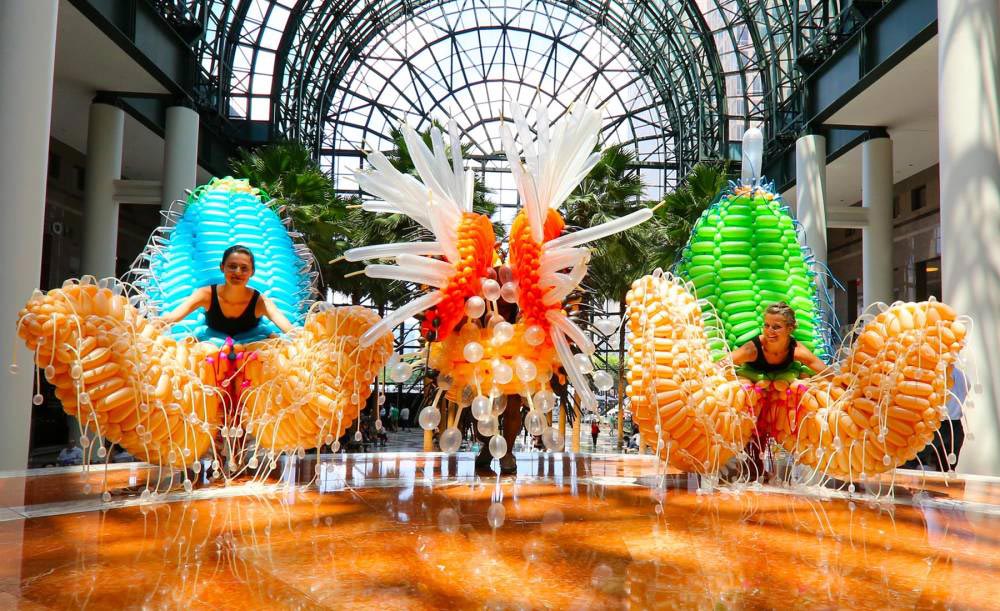 Next to being an installation artist, Jason Hackenwerth is a sculptor, painter and multimedia artist. His balloon sculptures were exhibited all over the world including the Victoria & Albert museum in London and the Abu Dhabi International Science Fair. He says his art is inspired by mythology, science and nature. 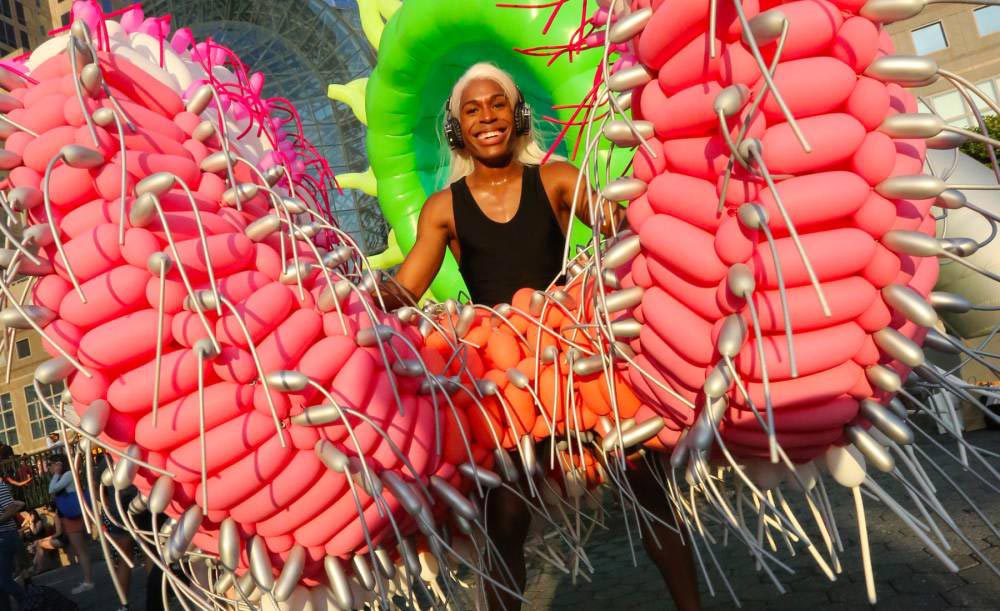 In the Metro USA magazine Hackenwerth talks further about his artworks: “It’s difficult for the traditional art gallery to come to terms with them. I am creating art that is for everyone, but owned by no one.” 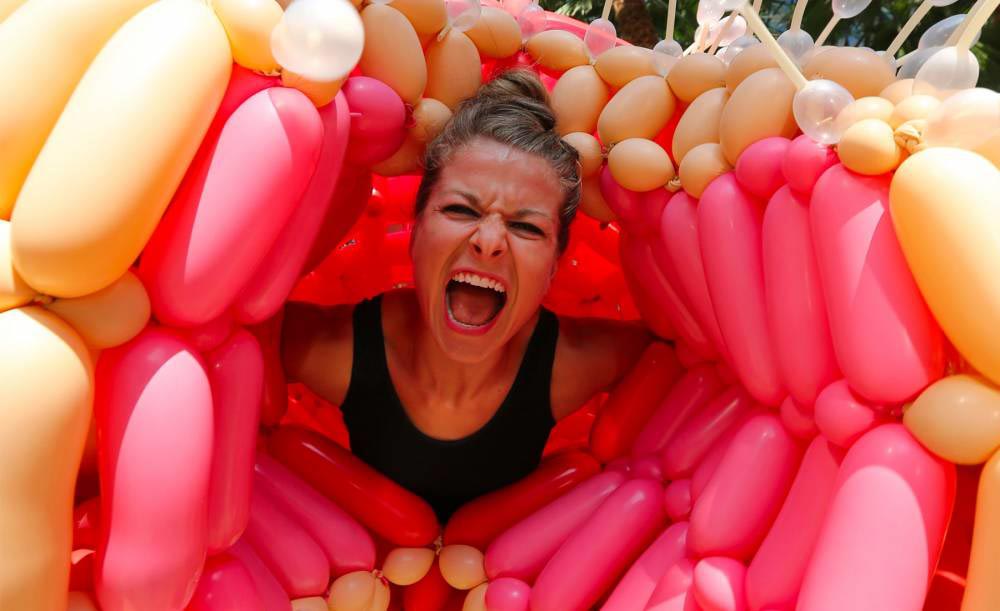 After New York, the “Animal Soul” exhibition is ready to hit the road to visit venues all over the world. To find out where you can see the stunning balloon beasts near you, check out Jason Hackenwerth’s website. 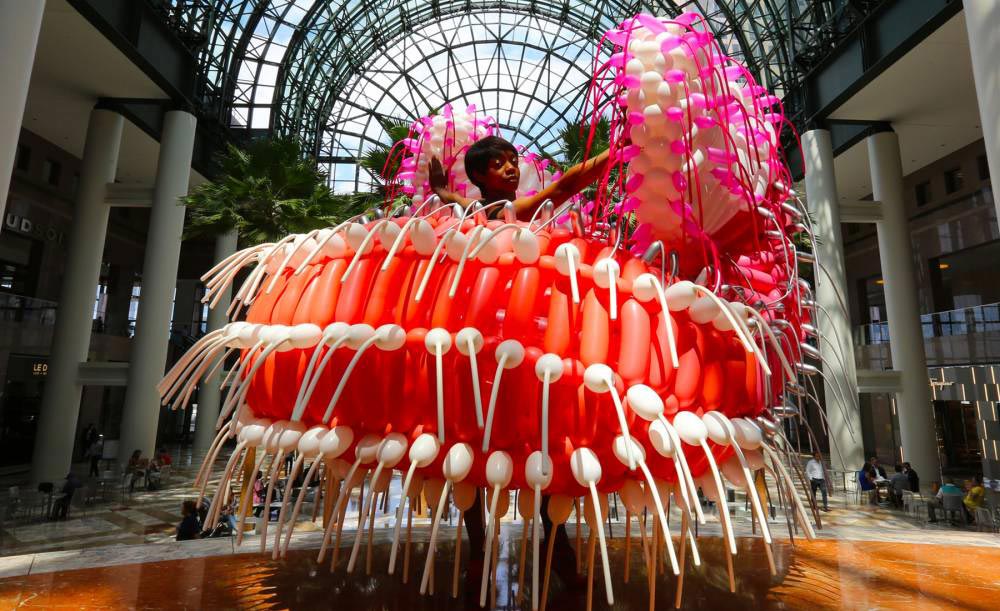 All photos are by Jason Hackenwerth himself. Find more on his Instagram.