For the Forward Festival season 2019, Raj Davsi and The Mill surprised us with their incredible film for our Main Title Sequence. Within two days the film was awarded the Vimeo Staff Pick and last week at Berlin Commercial it won the award for Best Animation. Now it’s time to take a look behind the scenes and find out how Raj and his team brought the odd panther to life.

The Main Title Sequence celebrates the strength in standing out from the crowd. It depicts three abstract worlds using immaculate CG to portray the truly distinct markings of a fiercely independent black panther.

The Brief
To celebrate the 5th year anniversary of Forward Festival, we wanted to commission a film centered around the ‘odd’ number 5. The brief was largely left open but contained some leading quotes including: “Odd is strange” “Odd behavior” “Odd is peculiar”.

The Process
After his impressive talk at Forward Festival 2018, we identified Mill+ Director Raj Davsi as the director to bring this embryonic idea to life. Starting with very early sketches on paper, Raj and the team were able to deliver a technically complex and emotionally stirring film from concept to delivery.

The Outcome
The film was launched at Forward Festival Munich, alongside Raj’s talk about the creative process behind the film. Within 2 days of release the film was awarded a Staff Pick on Vimeo. 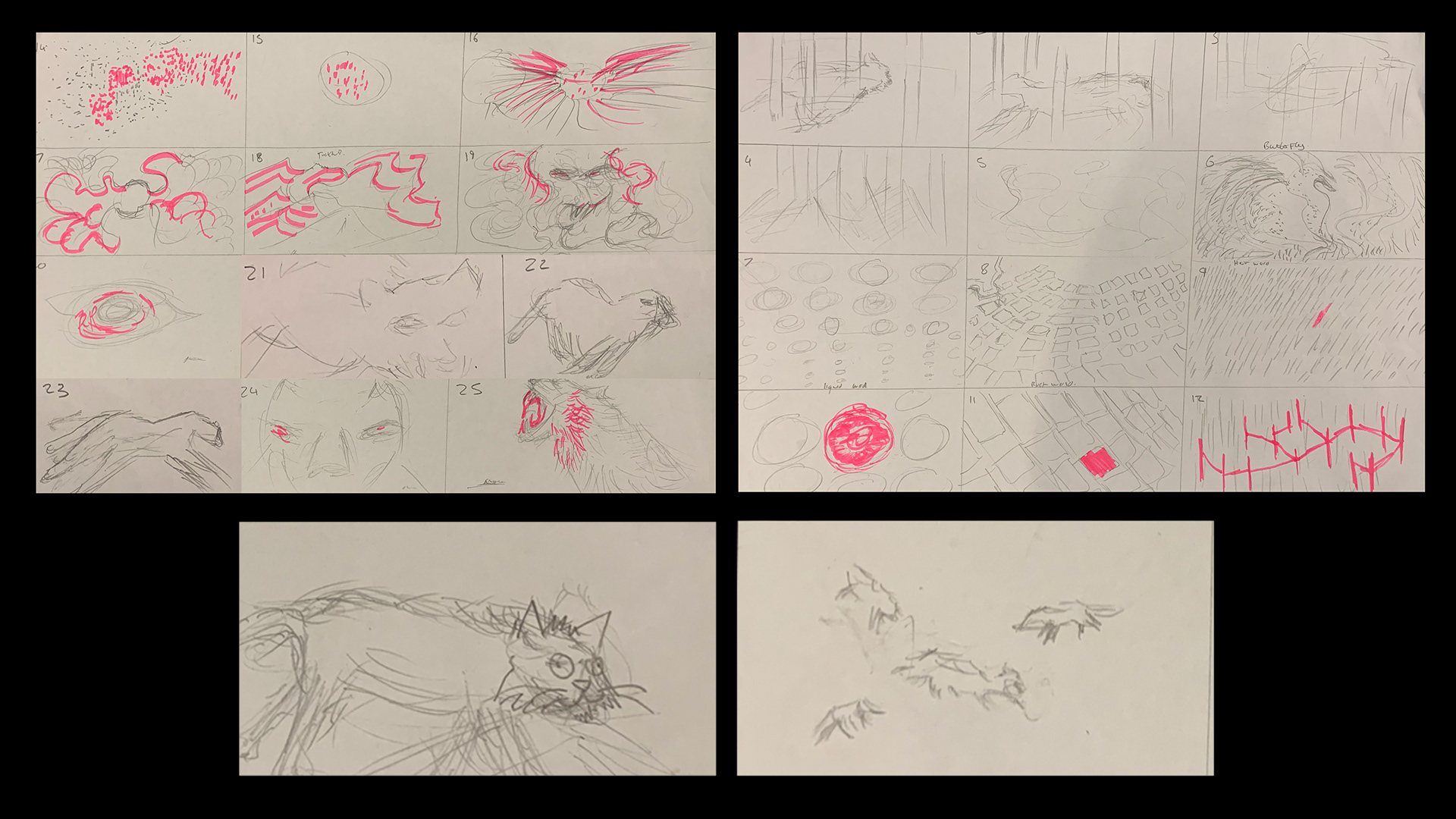 Raj’ intentions were to create a story that celebrates the individuality of being “odd” and how everyone should be proud to be different. His impression as an artist is, that every creative tries to stand out from the crowd and make work that is distinct, which is something we can all connect to. The initial focal point was to tell a story about an animal, to use their raw and unfiltered emotions to allow the viewer to build a strong connection with the message of embracing ‘the odd one out’. Also, he wanted to transport them into an ‘odd’ space: “I love telling stories through abstract art whilst trying to make an emotional connection with the viewer.” 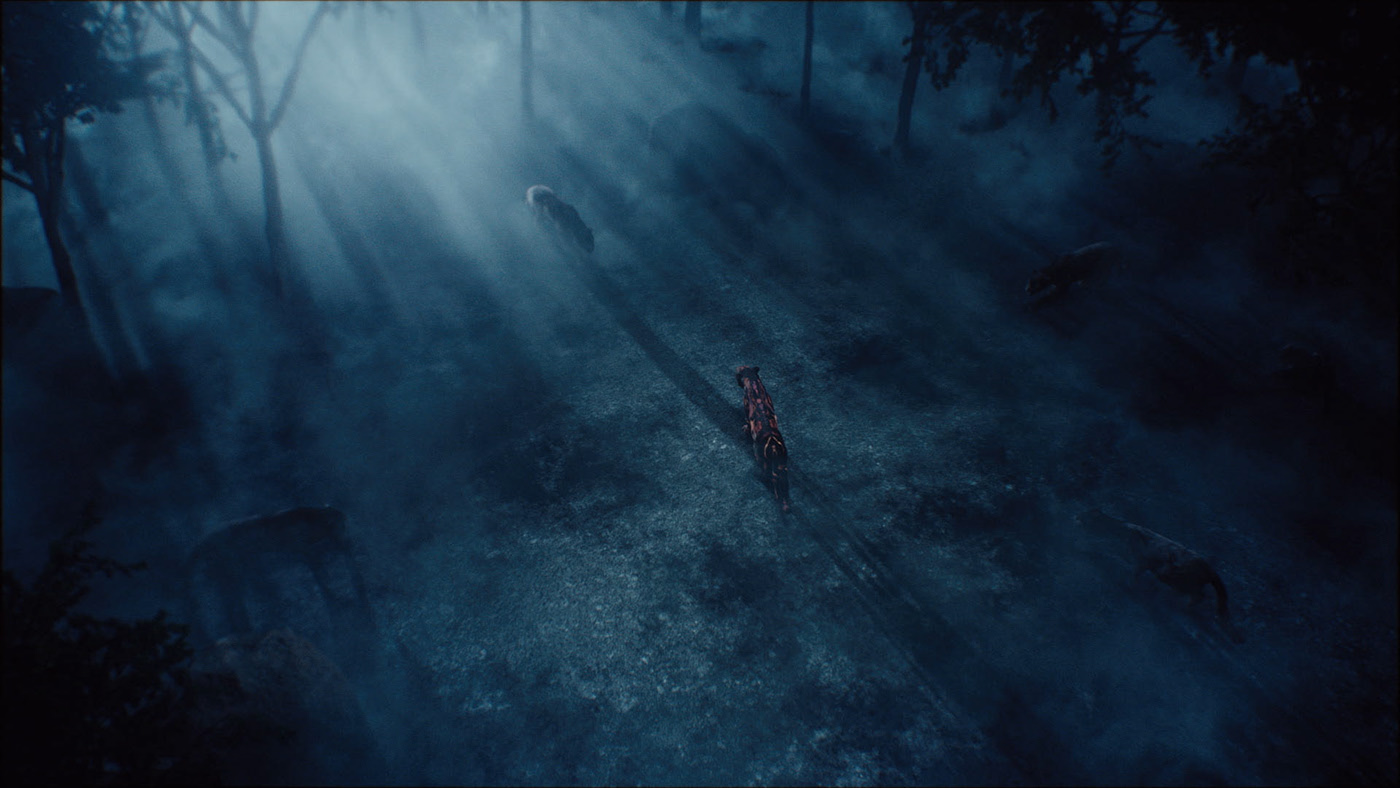 Having conducted extensive R&D, Raj found inspiration in the black panther. A rare, unique and majestic animal, rarely filmed or seen in the wild. People know they are there but they remain hidden. He and the team experimented with various patterns, colors and even feathers for the panther, using inspiration from bird patterns and unusual skin pigmentations to develop the aesthetic, the highlights and contours of the panther’s muscles and facial features were key. 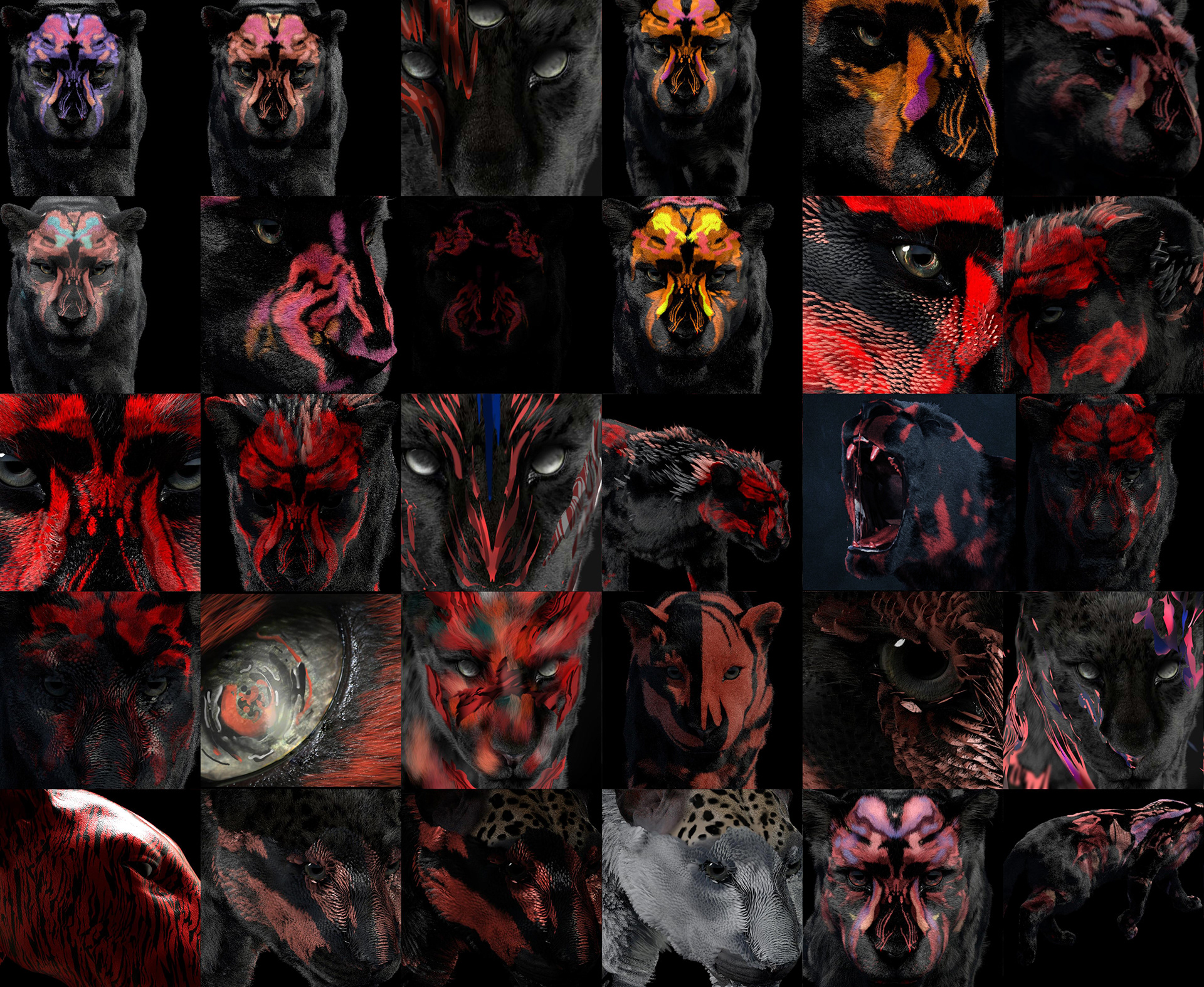 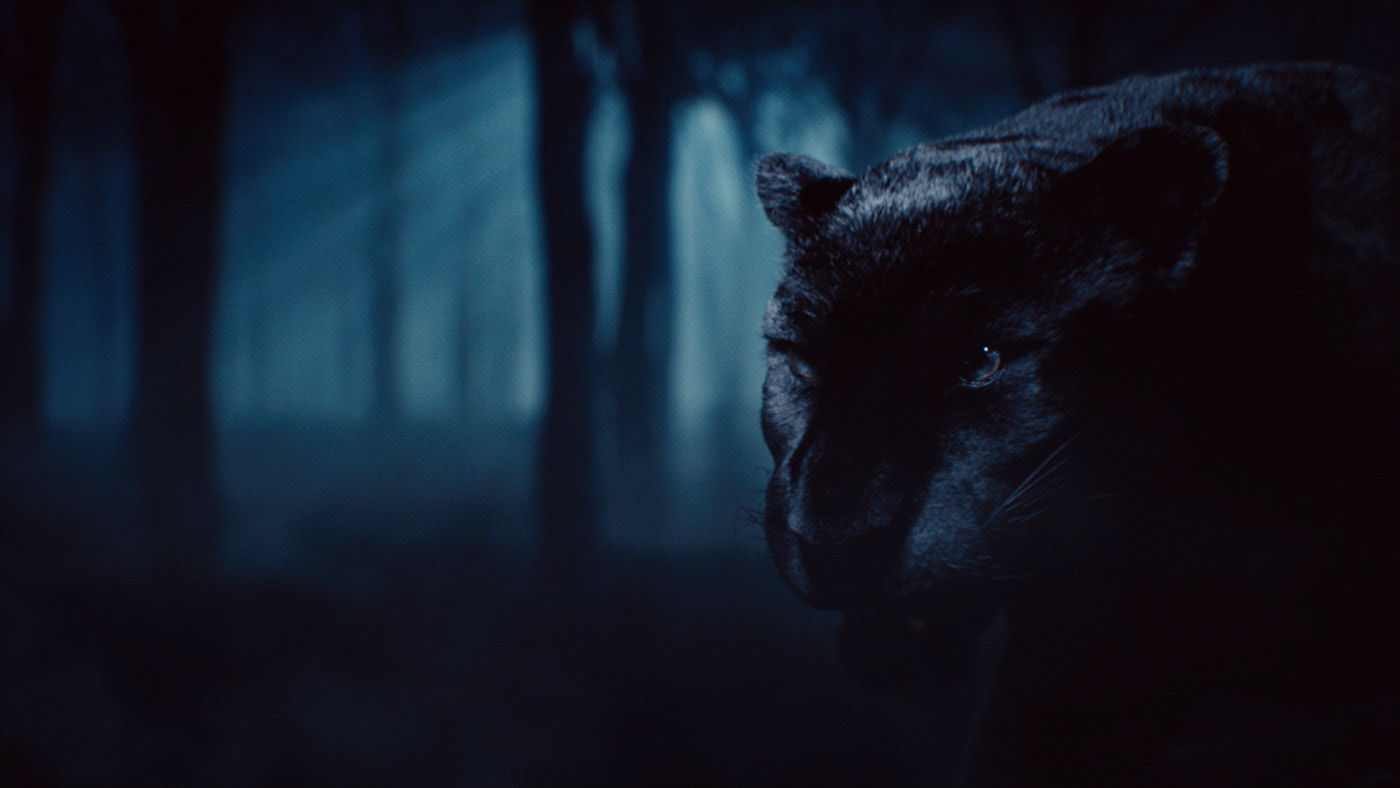 The initial shots featuring the panther sprinting through the forest established the look for the wider environment. The viewer is then transported into abstract worlds where macro cameras were used inside the panther. ​​​​​​​ 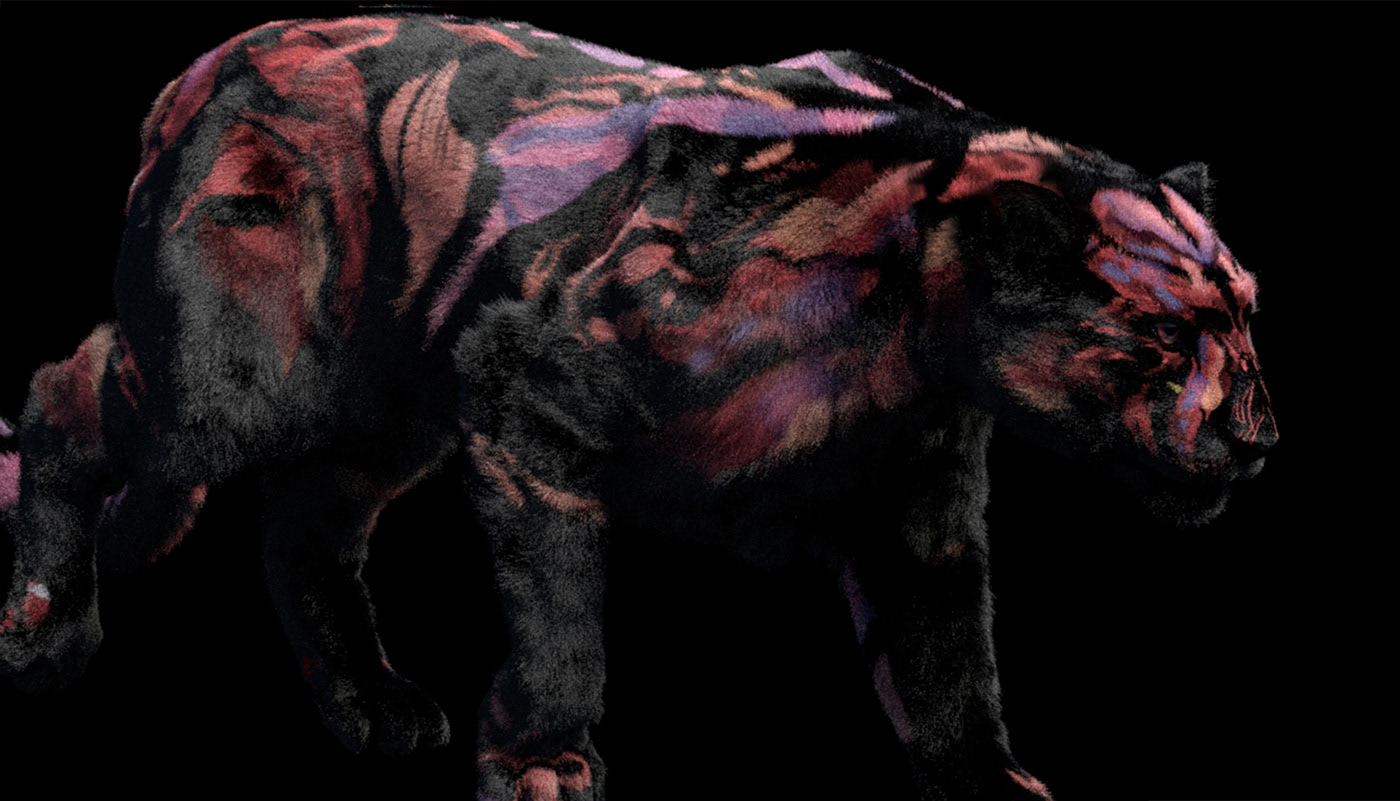 Raj’s inspiration for the contrasting scenes came from real-world references. The eye scene took inspiration from liquid drops which contained the pattern to give a powerful and iridescent feel. The teeth world was inspired by the Cappadocia Mountains in Turkey, an incredible landscape which bears real similarities to teeth.

Lighting and rendering were used to give the piece a fantastical feel. This meant strong volumetric, 3D fog and a lot of play with lights and shadows. As the panther was black, lighting within a dark environment was a challenge for the team. With minimal diffuse values, only the fur would catch the specular highlights.

The film used multiple disciplinary soft wares and was a real collaboration amongst teams from design through to VFX. Everything was computer generated and carefully considered from the huge epic landscape to how many trees should be in the forest. Every pixel was meticulously designed and needed to be good enough to print.

We can’t say it often enough: Thank you to everyone involved in this one-of-a-kind project!