Last week, creatives from all over the world gathered in Munich and Zurich to listen to lectures, join interactive workshops and, of course, celebrate. Over 3.000 visitors enjoyed talks from photographer and all around genius Sarah Illenberger and graphic designer Baugasm, amongst others in the Alte Kongresshalle in Munich and the KOSMOS, the lovely new center of culture in Zurich.

One of the festival highlights were Erik Kessels’ talks in Munich and Zurich. In front of a full house, the Dutch marketing rock star taught us about the importance of failure for your own creative development. In Munich, Erik’s energizing performance rounded off the first day of the festival. Afterwards, a happy and satisfied audience spilled on the dance floor of the Opening Party presented by BR Puls. An electrifying set from Sofie (Boiler Room) made the crowd dance into the wee hours of the morning.

The first day of the Forward Festival in Zurich ended with the very entertaining talk of Mr. Bingo. The British illustrator showed of his rap skills and presented a handpicked selection of his Hate Mail postcards. Afterwards, a huge crowd gathered in the expo area to meet Mr. Bingo and to get his autograph before he explored Zurich’s nightlife with some fans.

Deep insights into the creative industries

In Munich, the Living Room Stage was filled to the last place before DXTR’s talk. The graffiti artist and illustrator presented his latest artworks and told the audience about the importance of the platform Behance for his career. In addition, the German artist assisted the participants of the Adobe Stock Creative Jam with advice and support.

The influential German publications Form – Design Magazine and Novum shared their insights on the future of design and which trends are currently shaping the industry. The local hero Michael “Mixen” Wiethaus talked about how his artworks always reflect his personal state of mind and emphasized the importance of passion for creative work.

In Zurich, Design Festival Bern hosted a controversial debate about the role of designer in the future, exploring how machines can enhance creativity and the role of humans in design. Another highlight was the Josh Schaub’s talk. The Swiss graphic designer showed us how to combine animation and illustration to create astonishing art. IBM and EPFL + ECAL Lab had a more scientific approach. EPFL + ECAL Lab presented it’s unique methodology to transform scientific performances into user experience through design, while IBM showed us how artifical intelligence can enrich our everyday life.

Creatives from all disciplines at Forward Festival

Photographer Stefanie Moshammer amazed the audience with stories from her trips to Las Vegas and the Favelas in Rio de Janeiro, while SPACE10 showed us the future of living and the fast food of the future. In Munich, the production company EASYdoesit told their story from the beginnings with photo shootings at closed swimming baths to producing videos for companies like Audi and German musicians like Materia, Haftbefehl, amongst others. Another highlight was the talk by The Mill that showed, how important it is for creatives to stay true to your core values.

In-between conference talks the attendants were able to explore the expo area with many interactive partner booths. Whether it was experiencing the VR and AR installations by Depart, Goldrush and MINI, getting a drink at the Hendrick’s bar, browsing through a variety of fashion accessories in the Forward Boutique or finding inspiration in KOSMOS’ bookstore and Sodabook’s book corner.

In Zurich, Sarah Illenberger held the last talk of the Forward Festival. The multi-talented artist showed some of her favorite projects like the design of the shop windows from all Hermès’ stores around the world. Everybody in the audience could feel Sarah’s joy when she talked about how people reacted to her installations. Afterwards, the Forward team members celebrated two great festival days together with guests, speakers and friends at the afterparty presented by RBM.

It’s best if you see for yourself (all photos by jmvotography): 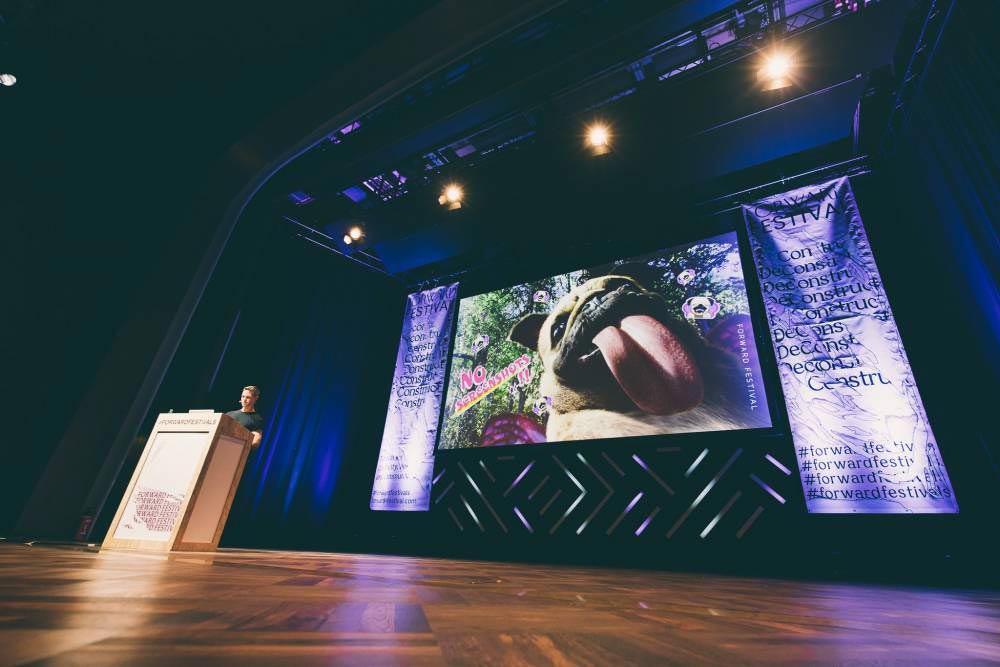 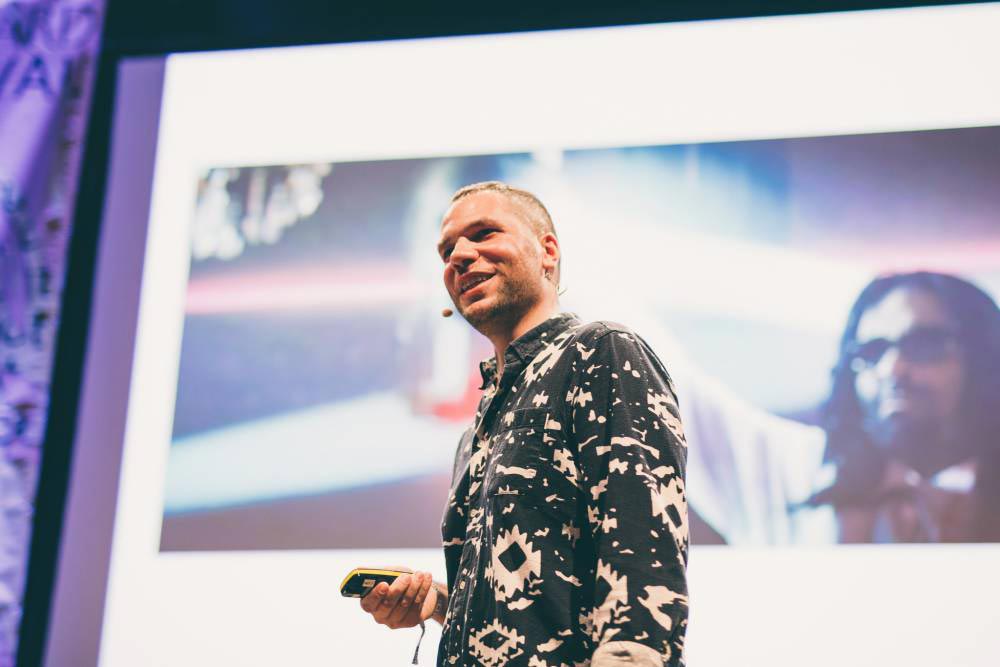 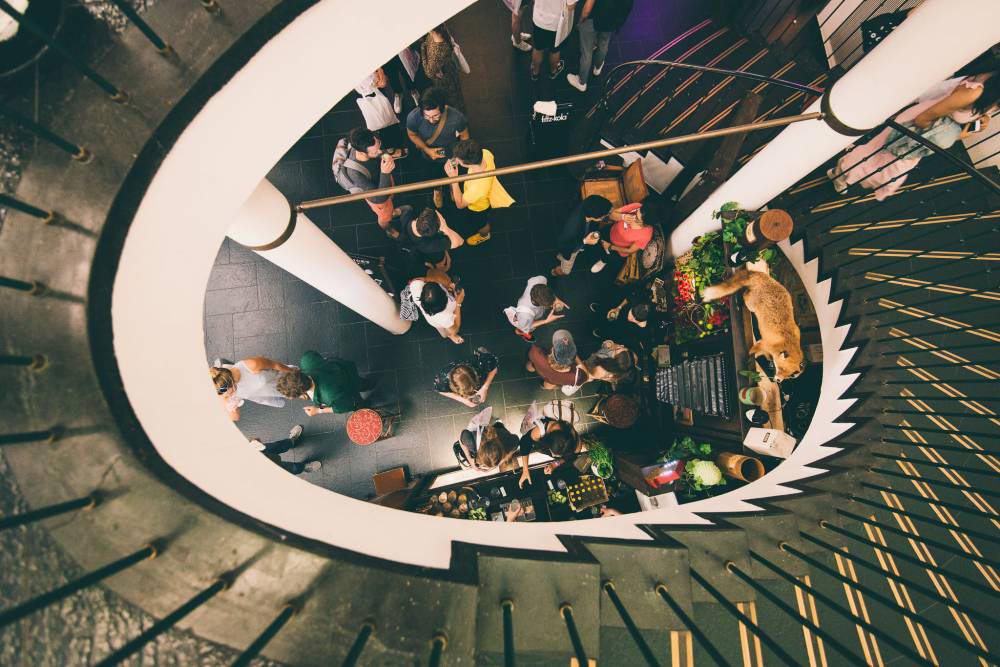 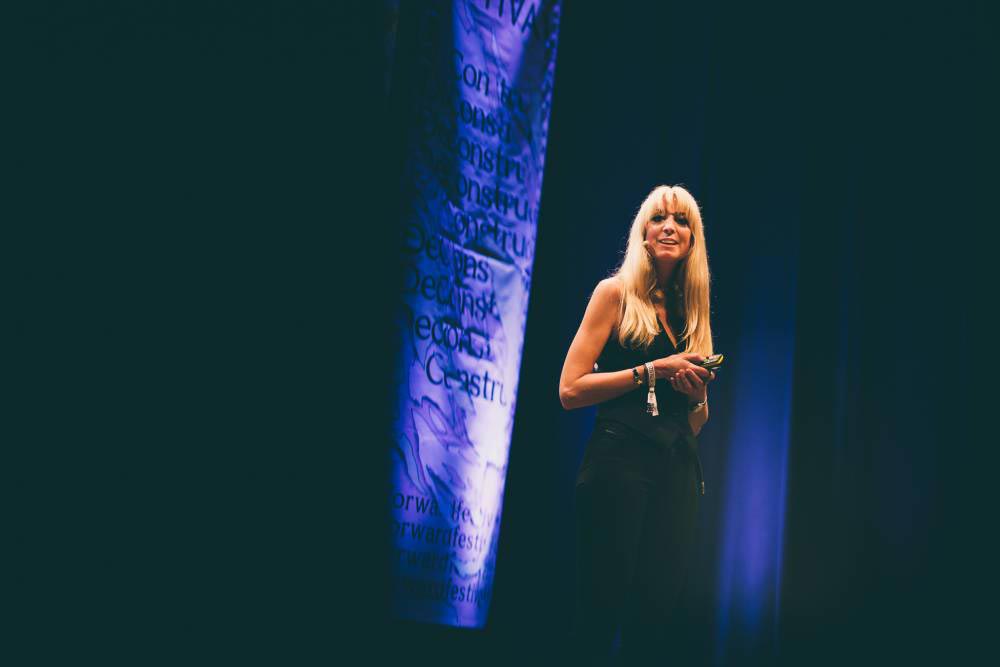 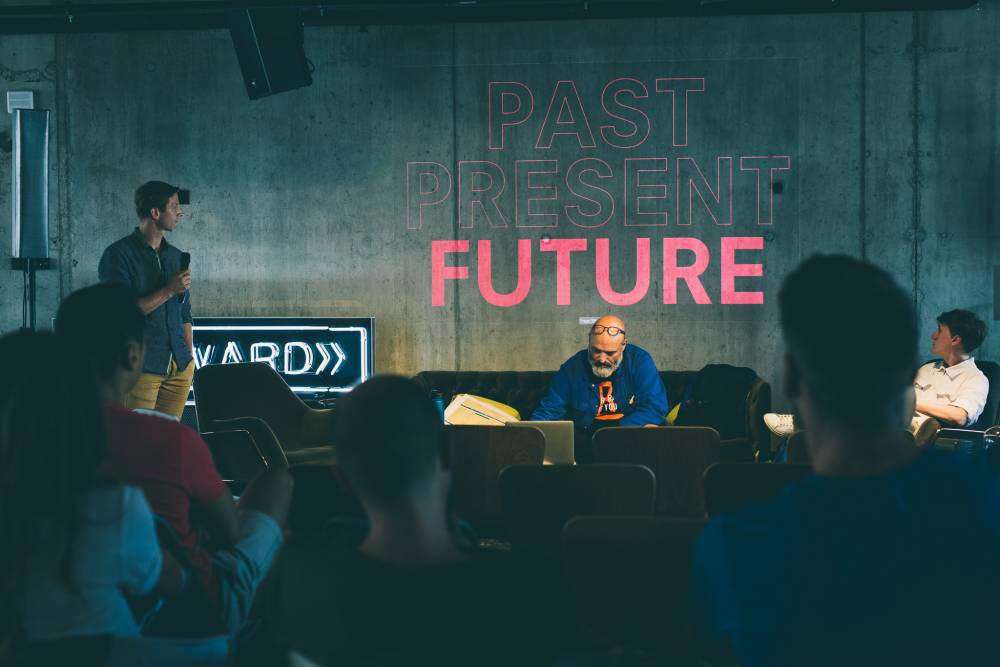 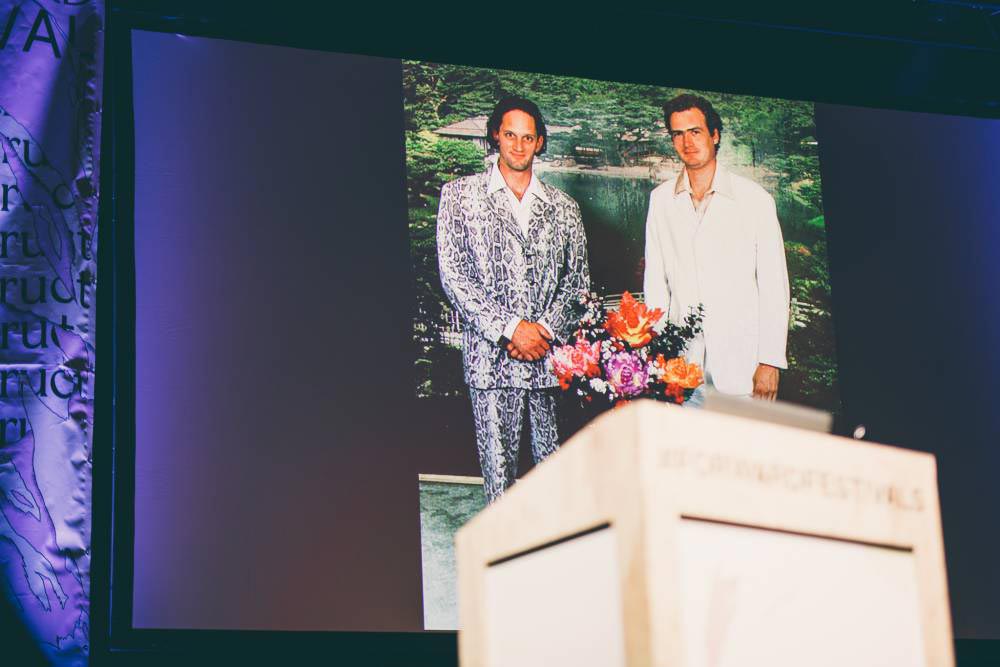