When looking at Roger Ballen’s photographs you might think “What the fuck?!, “Who are these people?”, “Where do they live?” and “Jesus, who the hell took these pictures?”. Well at least that was, what Yolandi & Ninja, better known as Die Antwoord, thought when they saw his work for the first time. They knew instantly that they have found the identity and style for their music project that was still in its infancy at that time.

Roger gets a lot of requests of artists who want to work with him, but since he didn’t know the duo personally he first rejected them. After a while he received many messages about a band that has risen in popularity and used his photos and drawings. Everybody wanted to know what he thought of them. Only then he realised who they were talking about and Die Antwoord finally got Roger’s attention. 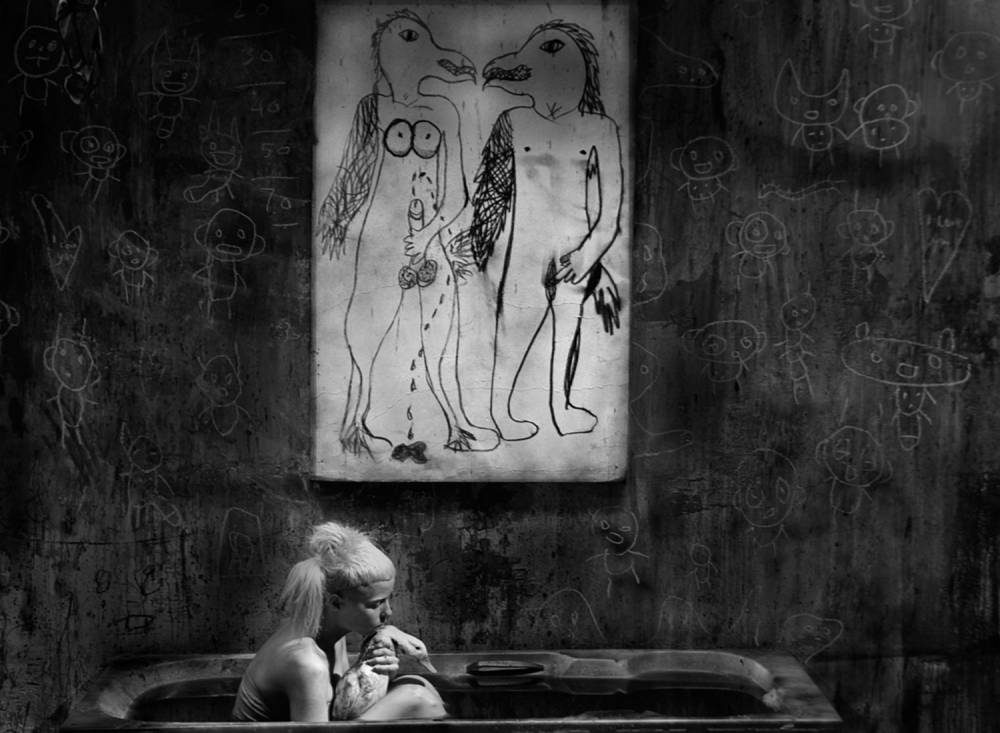 The photographer was born in New York, but moved to South Africa 30 years ago. Just like almost every South African, Yolandi & Ninja were struggling with their heritage and national identity, until they saw their nation represented in Roger’s pictures. They threw away all the music and imagery they’ve worked on for years and started from scratch to fit their new found concept – the “Roger Ballen freak-mode-zone”. 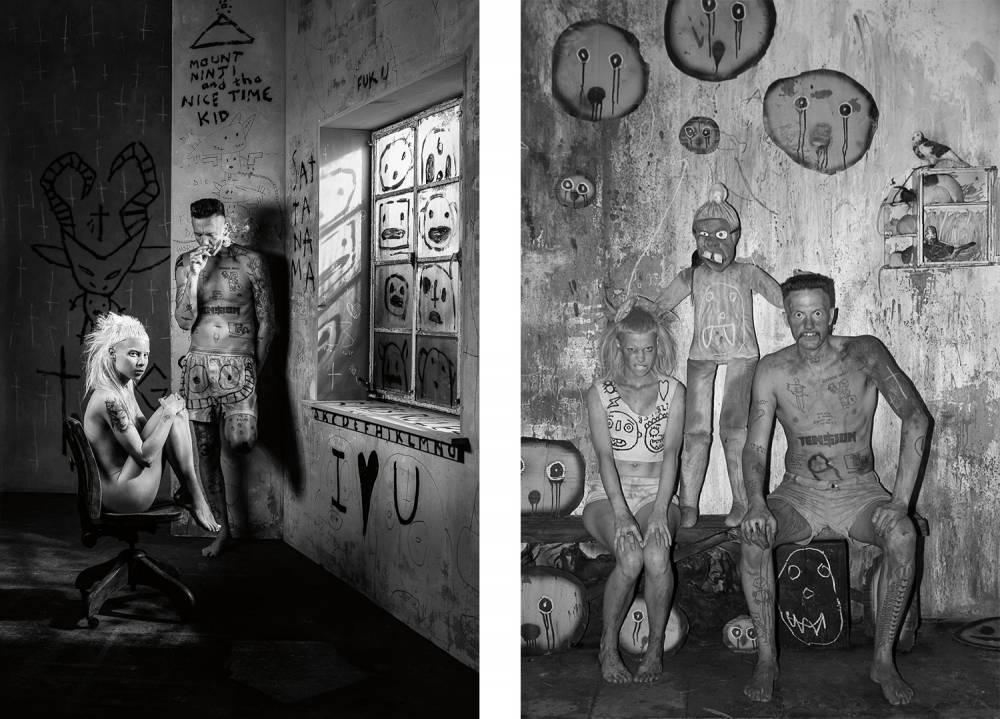 The raw, demented graffiti Roger used in his photographs affected the two artists in a psychological way by ripping open the filters that limited their creativity. They finally were able to open up to their animal-like subconscious zones. Roger, on the other hand, was overwhelmed to have sparked such inspiration. 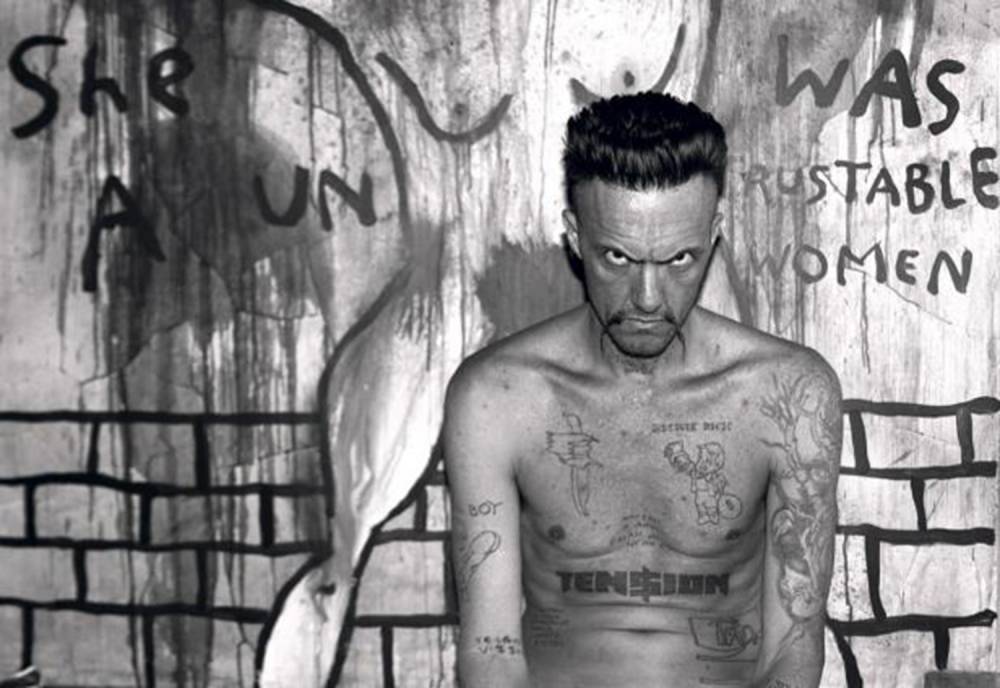 Six years after Roger and Die Antwoord first met, the video to “I Fink U Freeky” premiered. It was Roger’s first music video and it was shot in 5 days at an old warehouse. Just like for every other of his projects he walked around the location to collect the props for the video – he even found the stuffed lion in a room of the abandoned warehouse. Everything else came naturally, Roger can not recall whose idea certain sequences were, because they were so in sync.

Yolandi & Ninja studied Roger’s work so well, they know it better than most gallerists and had a clear vision of what they wanted to implement. In the end, their aesthetics fused. The theme of both, Roger’s & Die Antwoord’s work is a dark and raw illustration of the basic human instinct. It depicts how we all are just animals in the most unfiltered way. The main subjects are those characteristics that make us human, such as sexuality. But sexuality in a subtle way that requires more interpretation by the audience. The style of Roger’s images and drawings is so iconic, it got his own adjective: ballenesque. 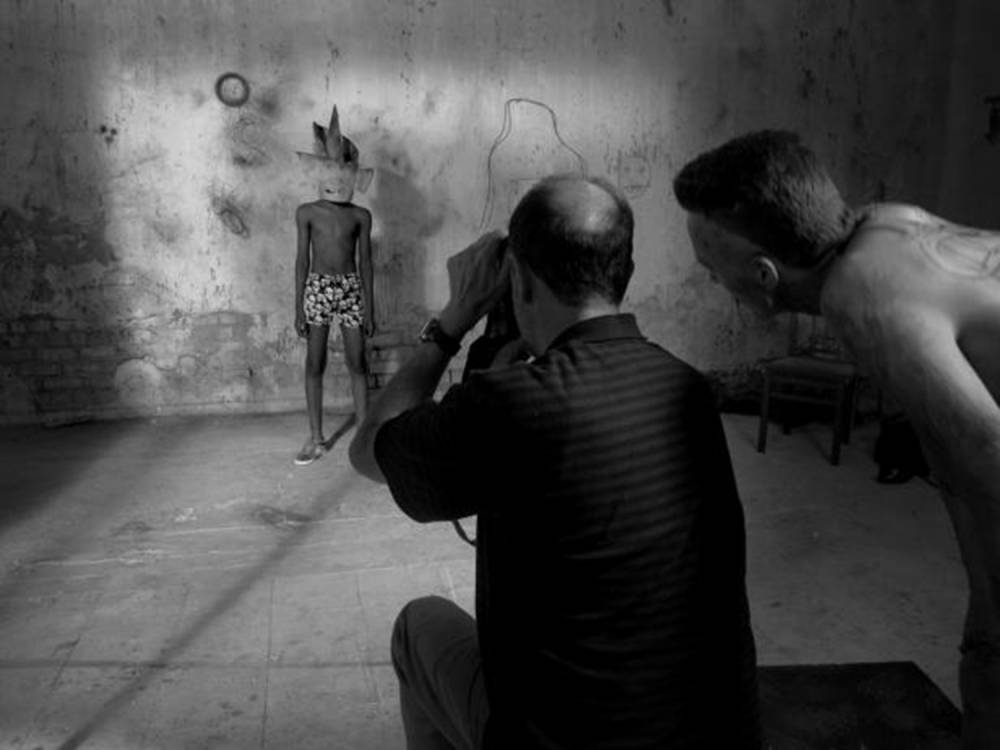 If you want to read more about Roger, order the brand new Forward Magazine 2020 including an exclusive interview with him now in our online shop!