In honour of the 91st Oscars the design team of Shutterstock published their annual Oscar Pop! Poster Series. Every designer picked a Best Picture nominee and reimagined the movie poster in the style of a famous pop art artist that resonate with them. But what has Shutterstock to do with all of this? All the used material is from high-quality images, illustrations and vectors available on the platform. That way the artists demonstrate just how inspiring, and downright useful the Shutterstock collection is. 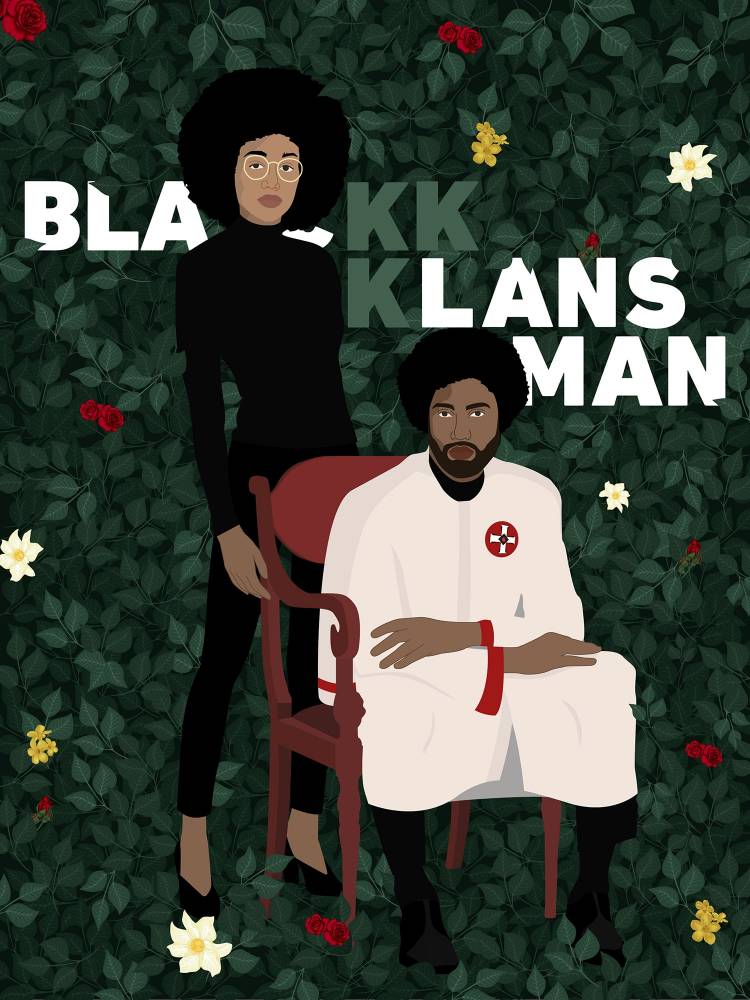 The movie BacKkKlansman has a strong political message, thus artist Brenda Luu drew her inspiration from Kehinde Wiley’s famous portrait of Barack Obama. At the same time the flowers in the background pay homage to the origins of the director Spike Lee, since the depicted flowers are the Nigerian national flower, to represent his African roots, the Georgia state flower that stand for his birthplace and the rose for his hometown New York. 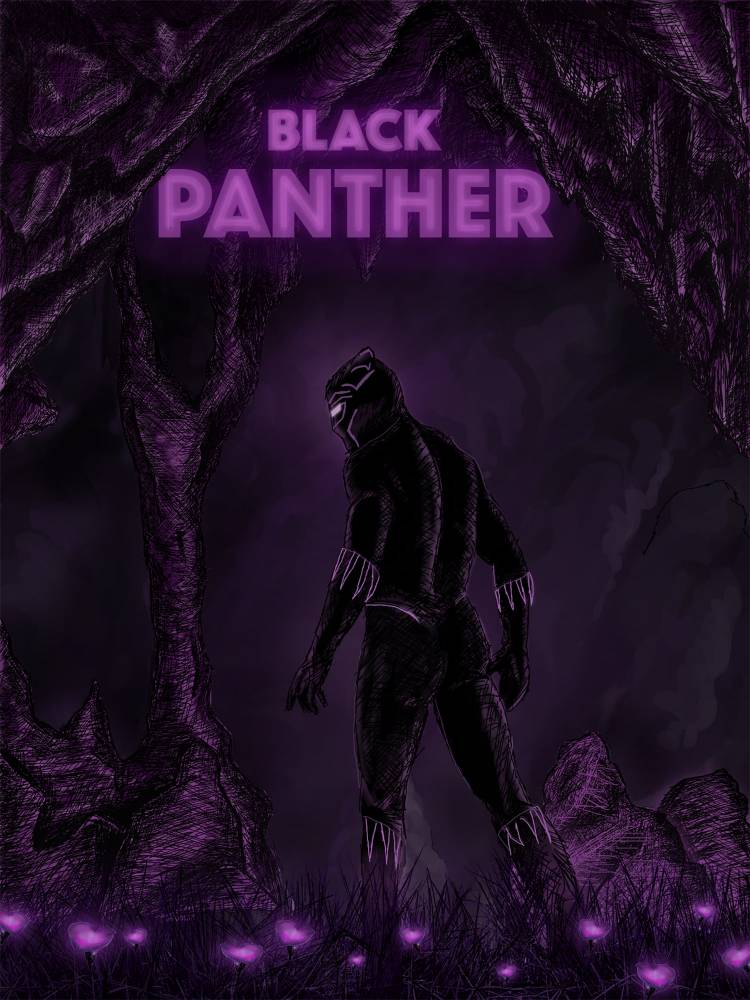 Jac Castillo designed an alternative poster for the film version of the comic Black Panther. The work of artist Daniel Danger was his inspiration. Daniel is known for atmospheric lightning, monochromatic palette and detailed line work. Therefore Jack chose the cave where the heart-shaped herbs grow, that give the Black Panther his powers, as the setting. 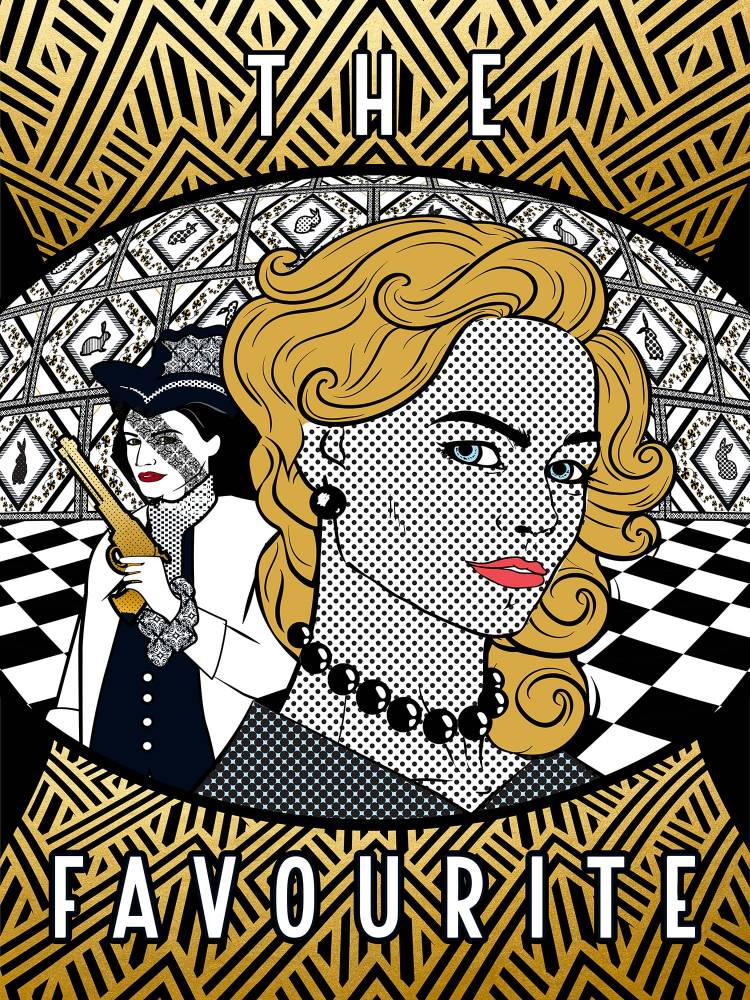 The Favourite, another political film, about three woman in the early 18th century got it’s reimagined poster by Flo Lau. She aimed to highlight the fierce competition at the heart of the story while also illustration the film’s intricate set design. To archive this she made use of iconic elements by Roy Lichtenstein, but she also implemented the fisheye effect used in the movie as well as the black, white and gold colour theme. If you look closely you can see Queen Anne’s beloved rabbits in the background wall pattern. 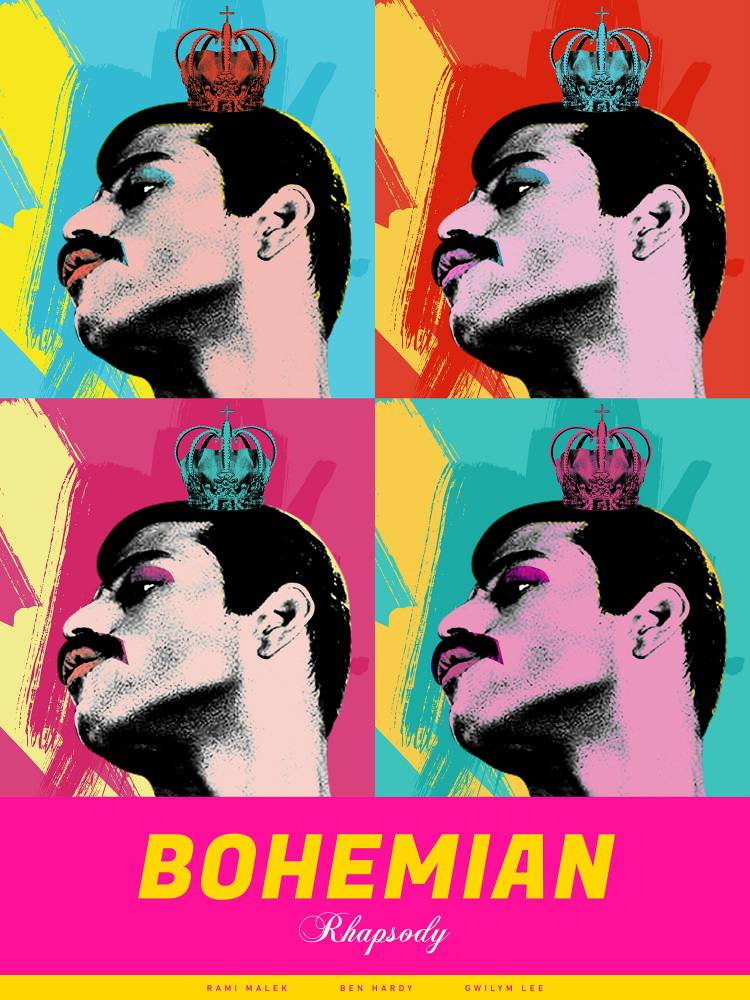 Bohemian Rhapsody takes you on a journey through time to celebrate Queen and especially the lead singer Freddy Mercury. His flamboyant and unapologetic personality and his unique talent reminded artist Alice Lee of Andy Warhol. Therefore she created the movie poster in the iconic colourful style of the famous artist. 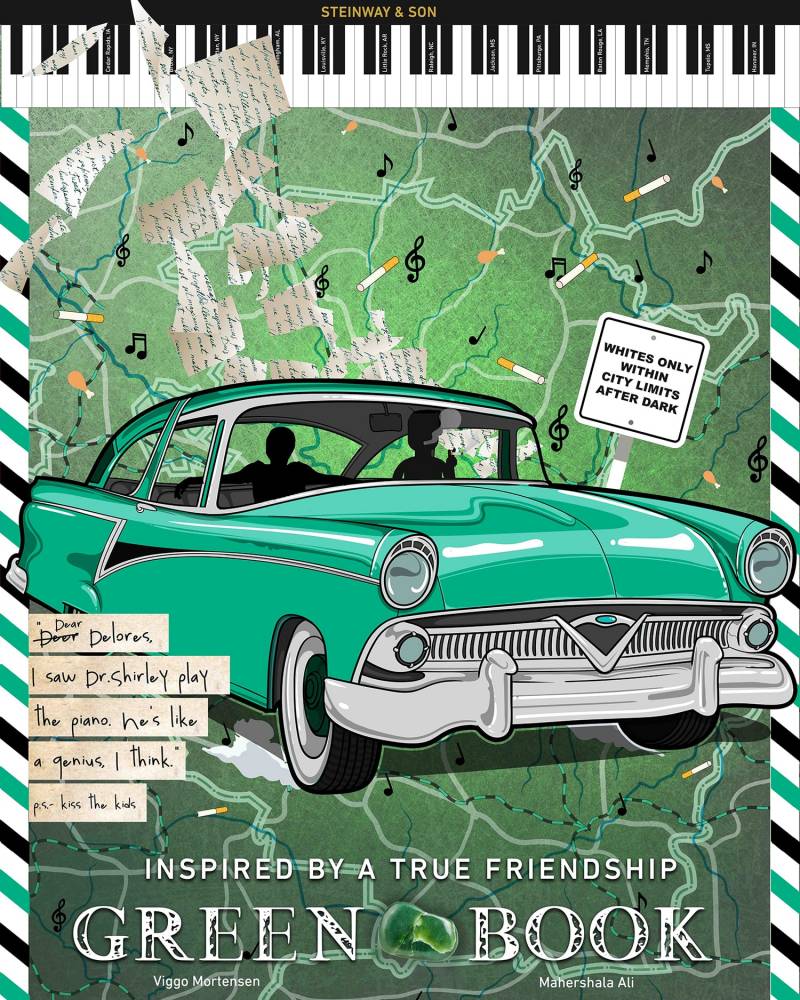 This year’s Best Picture winner Green Book is based on a real-life friendship between an African American pianist and his Italian American driver. During the movie several object are used to depict the friendship, that is why designer Rose-Ann Reynolds chose the style of Tony Fitzpatrick who is known for his collage-like aesthetic. Rose-Ann used the objects to highlight the film’s key events with the Cadillac as the main element. 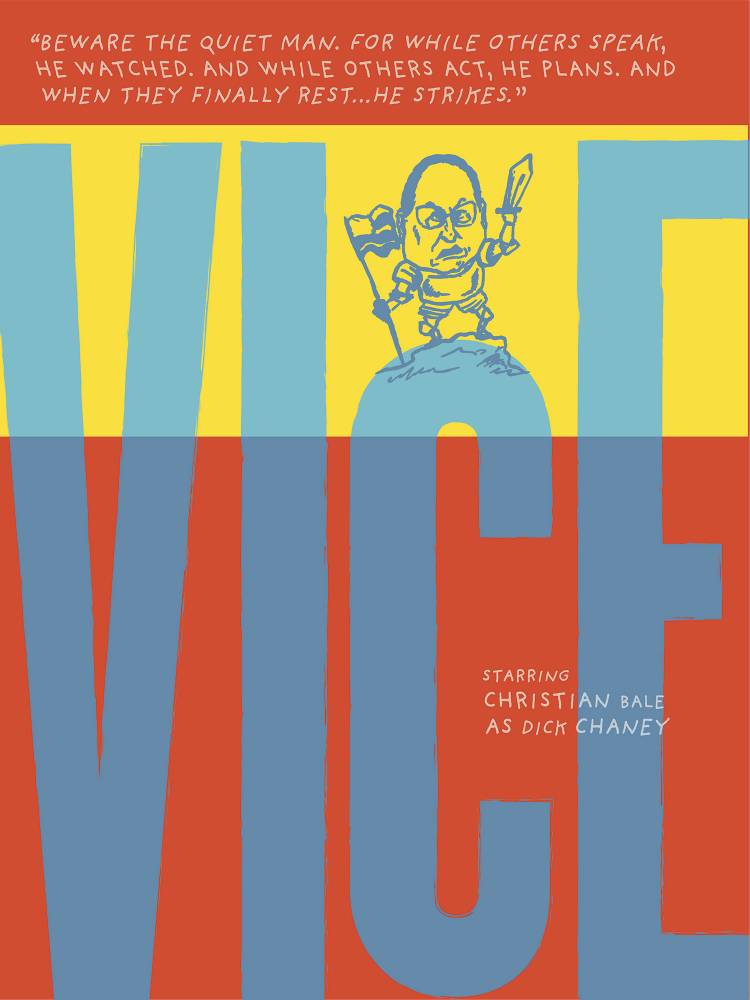 For Vice, the dead-serious comedy about Dick Cheney’s journey to the White House, Jennifer Forrest refers to the work of Corita Kent, who is famous for politically-charged typographic serigraphs. Moreover, the themes Corita Kent treats in her work are closely parallel to those portrayed in the movie: poverty, racism, war and social injustice. 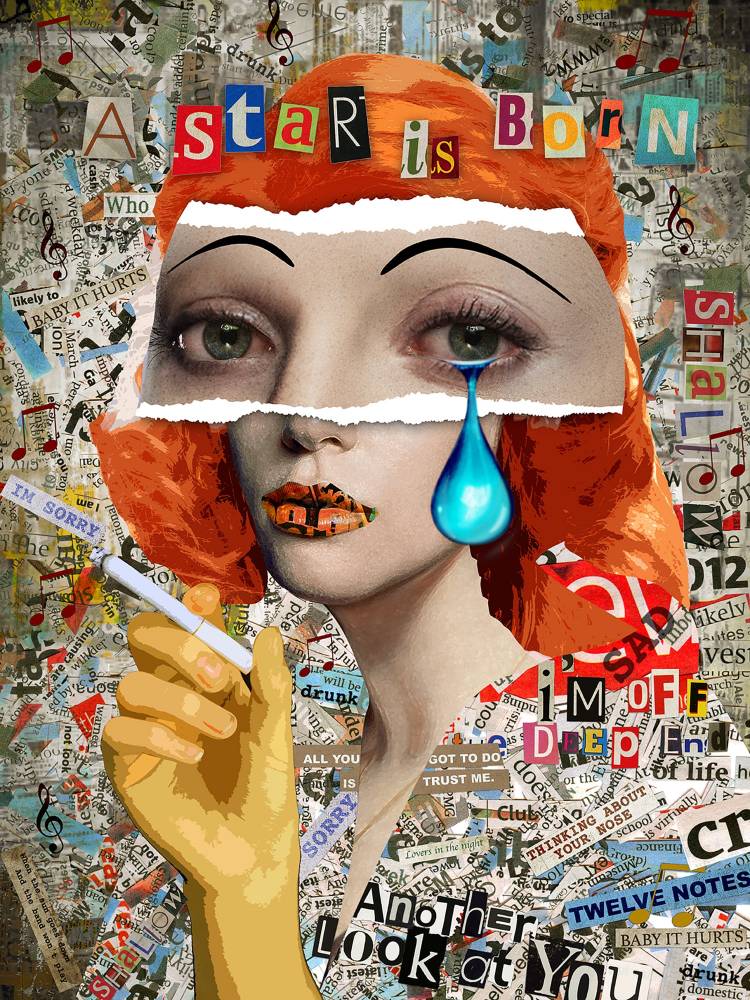 To illustrate A Star is Born, the tragic lovestory between a seasoned musician and a struggling artist, Thanh Nguyen got his inspiration from the iconic collage “Just what is it that makes today’s homes so different, so appealing?” by British artist Richard Hamilton. 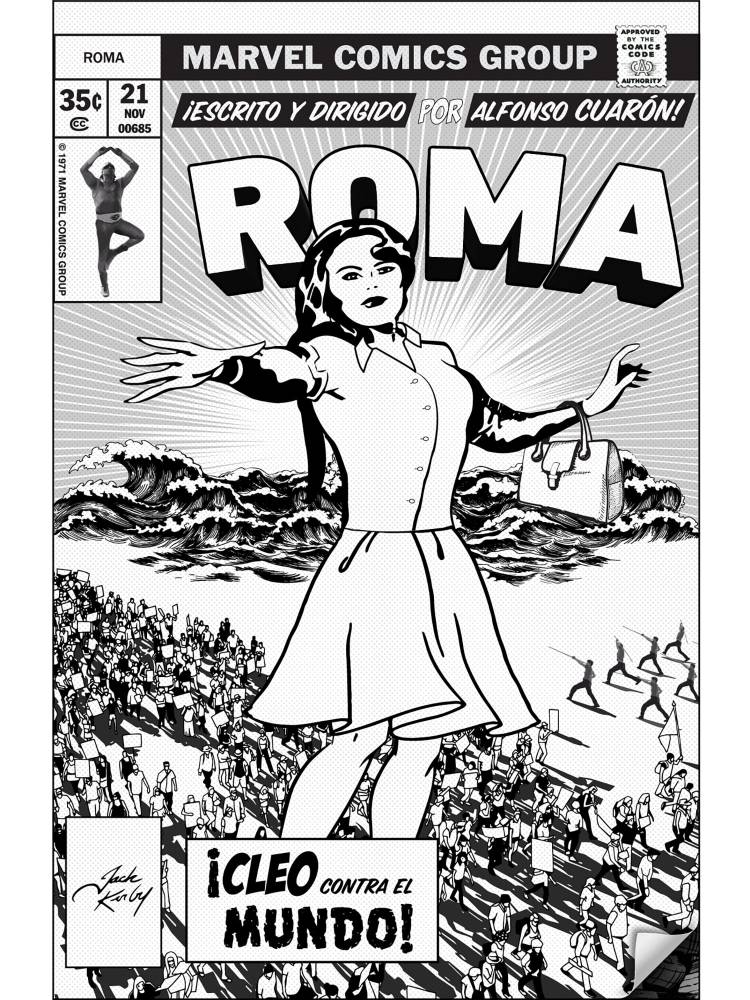 JC Moreno wanted to portray Roma’s main character Cleo as a heroine persevering against all odds, so he chose the style of Jack (King) Kirby to do so. The poster is in black and white, just like the film and Jack Kirby’s sketches.

Did we put a spark in you and got you eager to design a poster yourself? If you do so, submit it to our poster competition presented by fritz kola! Find more info here.