Monday evening, end of October in Vienna. With some delay, autumn has arrived in the Austrian capital. Nobody is on the streets, because the cold keeps the people in the houses. The only companion on these days is the biting wind that runs over the woolen hats and scarves. But a building next to the Wienfluss in the center of the city is an exception. There, people of all ages are rushing into the large entrance area as if it were the final sale at Zara. However, their interest in this evening is not on fashion but on design. Because the most famous Austrian representative of this branch of industry is in the city. An event that electrifies the masses in Austria.

The building is the recently opened auditorium of the University of Applied Arts Vienna. The person for whom the entire creative scene arrives this evening is Bregenz-born graphic designer Stefan Sagmeister. The former student of this university has made it to fame in New York and is now returning home to share his opinion on beauty with us. He has been discussing this topic in his lectures for two years now, and almost everyone in the audience has seen the talk several times, at least on Youtube. But this fact is secondary today. After all, you do not often get the chance to experience a legend live.

Accordingly, the atmosphere is electrified before the lecture in the light-flooded atrium of the auditorium, which is the perfect setting for a lecture on the subject of beauty, as Stefan Sagmeister will later note. After the opening speeches by the director of the university of applied arts Vienna Gerald Bast and the director of MAK Christoph Thun-Hohenstein, the time has come. Stefan Sagmeister enters the stage and the previous tension escapes, as if until the last moment it was not clear if he would really speak.

Even though beauty is being seen as a subjective concept, Sagmeister says no matter of the definition of one individual, beauty should always be taken into consideration. He underlines his statement with a survey of the audience. In the end, the majority of all the persons present identify the brown rectangle as the ugliest design option. A statement that coincides with the results of research and surveys in his lectures. 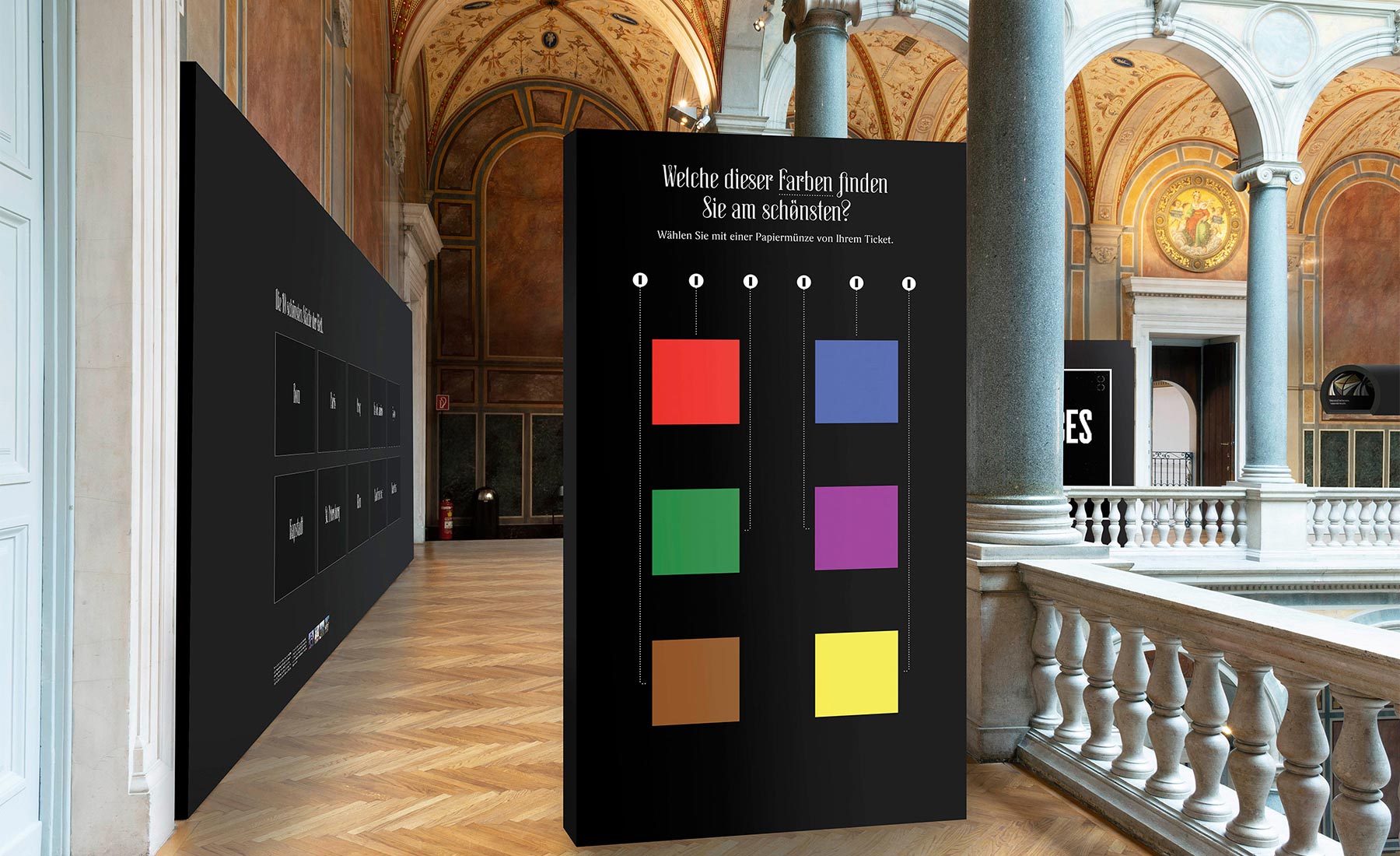 After this demonstration, the ice is broken and the rhetorically strong speaker has the audience in his spell. Now, Sagmeister weighs in on the issue with undermining examples. 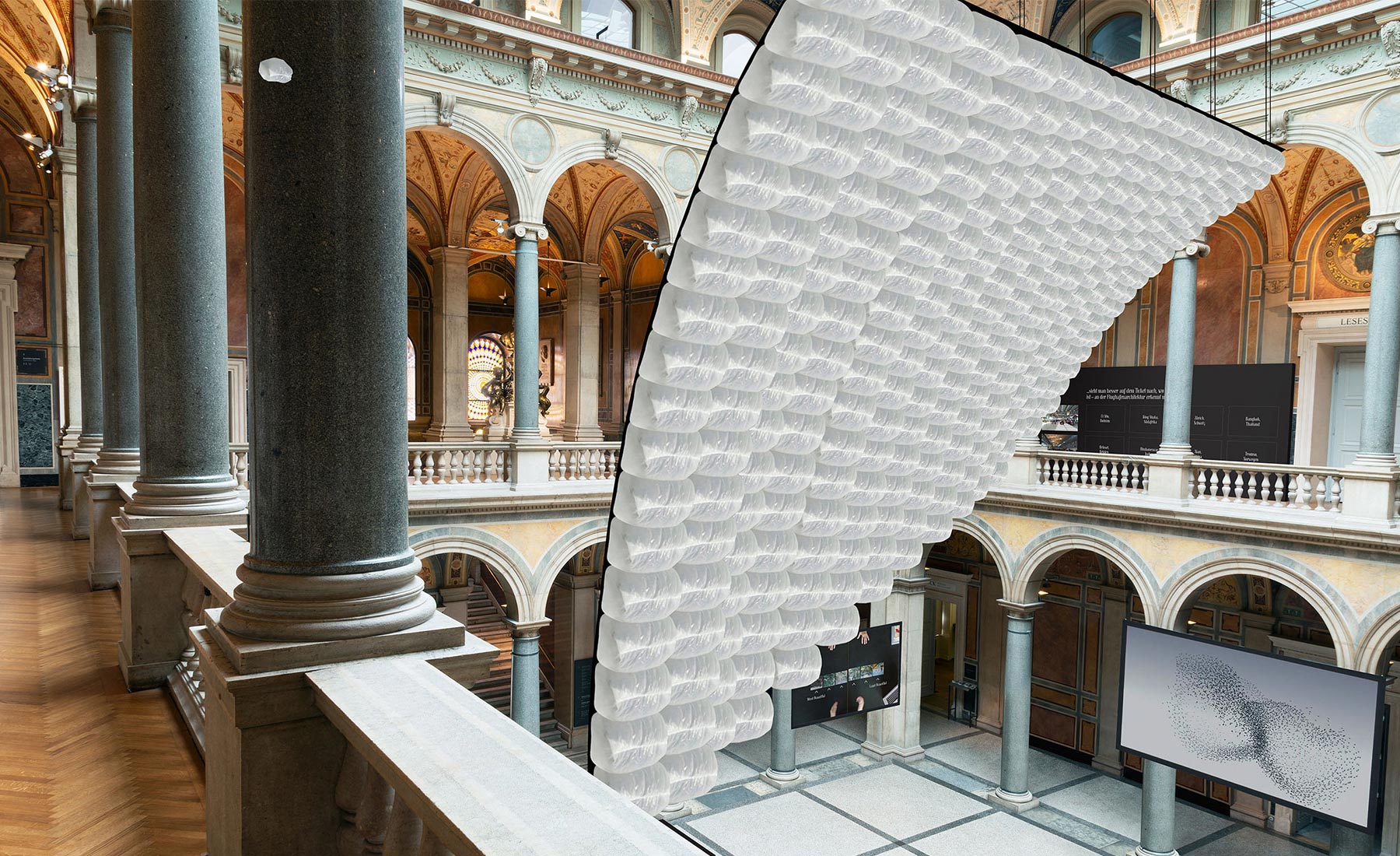 It’s part of being human – everyone is drawn to beautiful things. Beauty changes our mood as seen by one of Sagmeister’s stated examples of two oxymoronic train stations in New York. One showing the Penn Station and the other one showing the Grand Central Station. According to research, the beautifully designed Grand Central Station enhances the mood of people riding it, whereas the rather unappealing Penn Station does not.

How universal the sense of beauty is illustrates, among other things, the visualization of investigations by Chris McManus, psychologist at University College London: 85 percent of the subjects can instantly create a work by Piet Mondrian from the slightly modified forgery differ.

In the end, Sagmeister challenges the audience to address a song to the beauty of the ornament and to free themselves from the idea of the modernists that beauty is solely in the functionality of things. 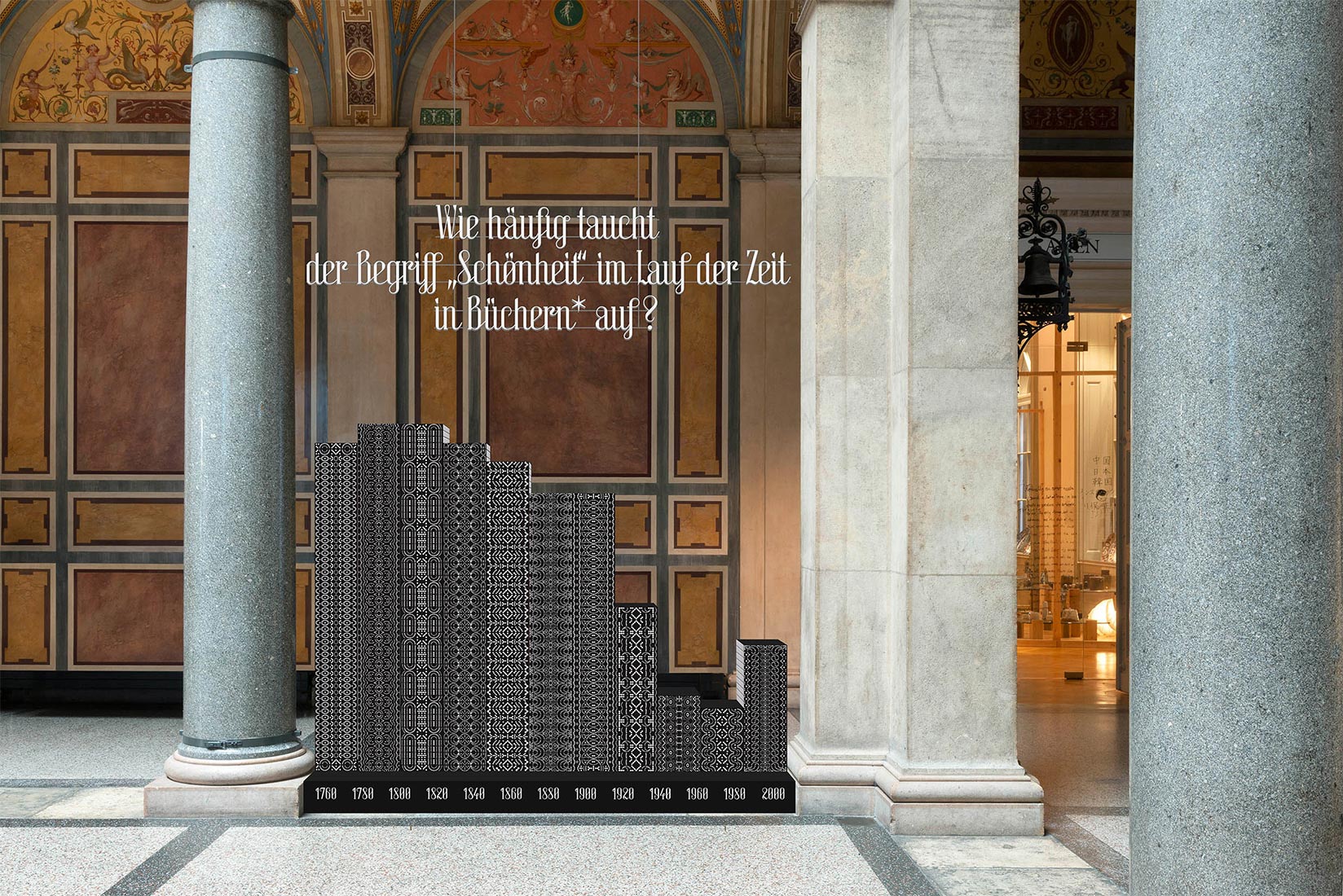 As soon as the lecture is over, the visitors rush out into the street and lose themselves in the lights of the cars and street lamps. They carry in themselves the idea to always go for the beautiful. However, it is uncertain whether the seed planted by Sagmeister will flourish. But this is what makes life so beautiful.

If you want to learn more about the concept of beauty, visit Sagmeister’s and Walsh’s exhibition at MAK Vienna.