The Odd One Out: An Interview with Raj Davsi on the Main Titles

One of our special highlights is The Mill’s exclusively produced Main Titles for the Forward Festival. The film celebrates the energy and strength to stand out from the crowd – following the 2019 Festival motto: The Odd One Out. We are thrilled that the film made it even to the Staff Picks on Vimeo within the first week of release. So we met Raj Davsi for an interview.

“I’m a firm believer that you should embrace being odd and be proud of it.” 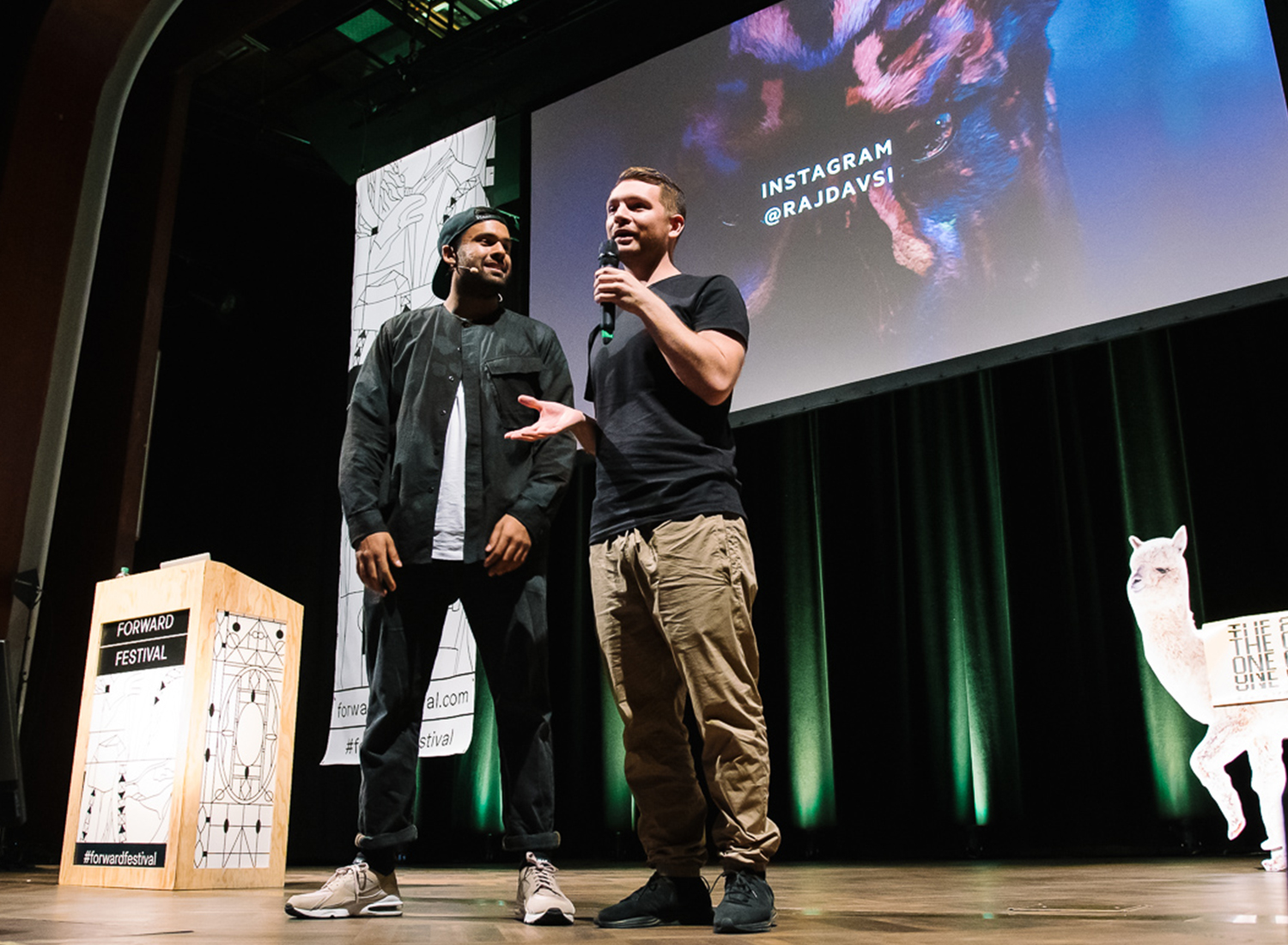 What does odd mean to you?

Raj: For me ‘Odd’ is about taking risks, standing out from the crowd and doing something that’s against the norms of society. I’m a firm believer that you should embrace being odd and be proud of the fact you are not the same as others.

Would you consider yourself as odd?

Raj: I think so! I always try to approach my work in an unorthodox fashion to really push ideas into new territories. I’ve always had a passion for creating weird and interesting worlds to place the viewer in. I feel that’s a bit odd! 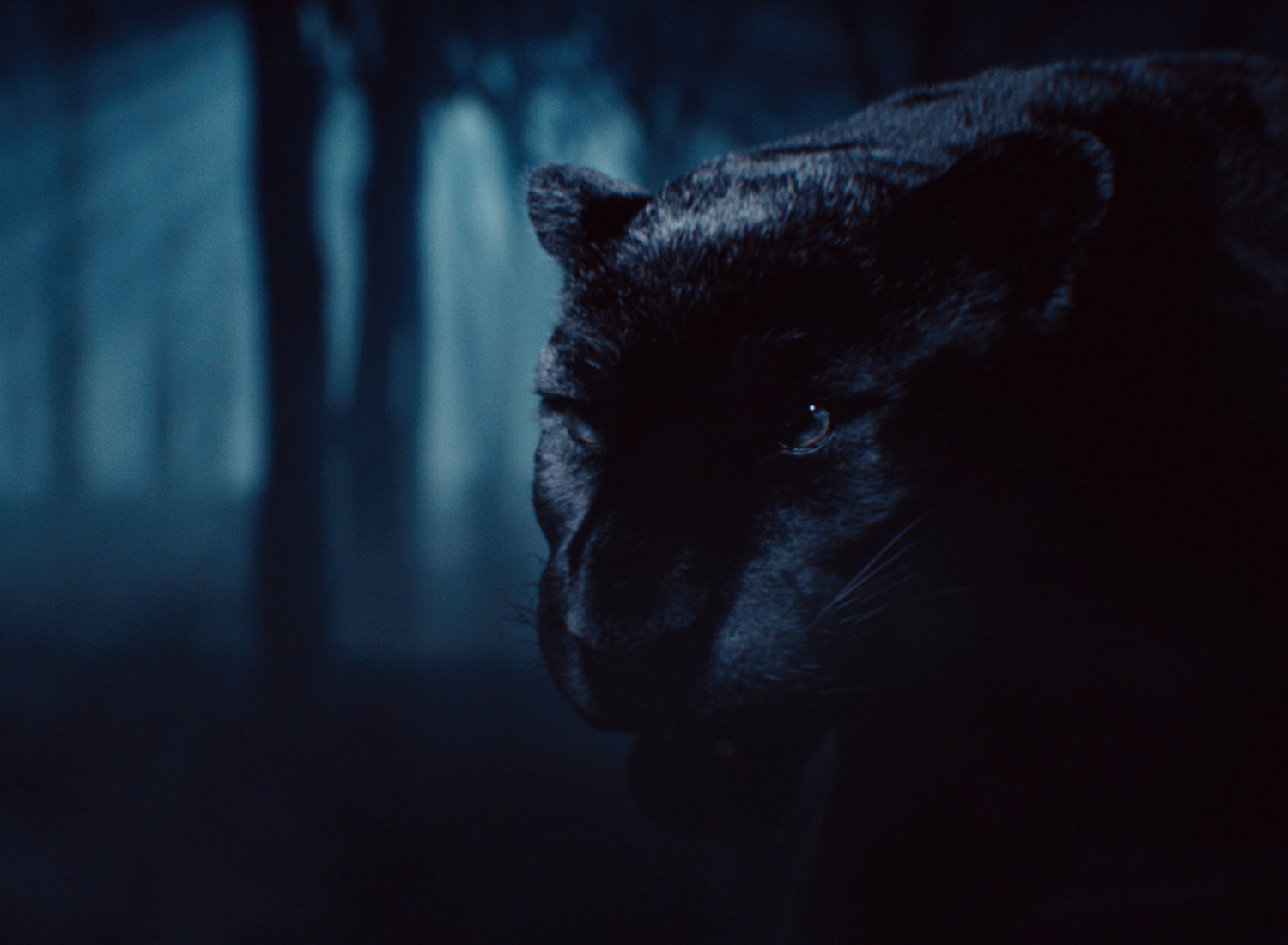 How did you come up with the story of the panther?

Raj: When I received the brief it was based around the theme “odd” so I started exploring various objects, people and animals that represented this theme. I then began researching black panthers who are very rare, majestic and mysterious animals. Rarely filmed and seen in the wild, people know they are there but they remain hidden. So considering this I felt this would be a perfect animal to tell a story about the “odd one out”.

Is the panther your spirit animal?

Raj: I think so, I even have a hat with a panther on it! 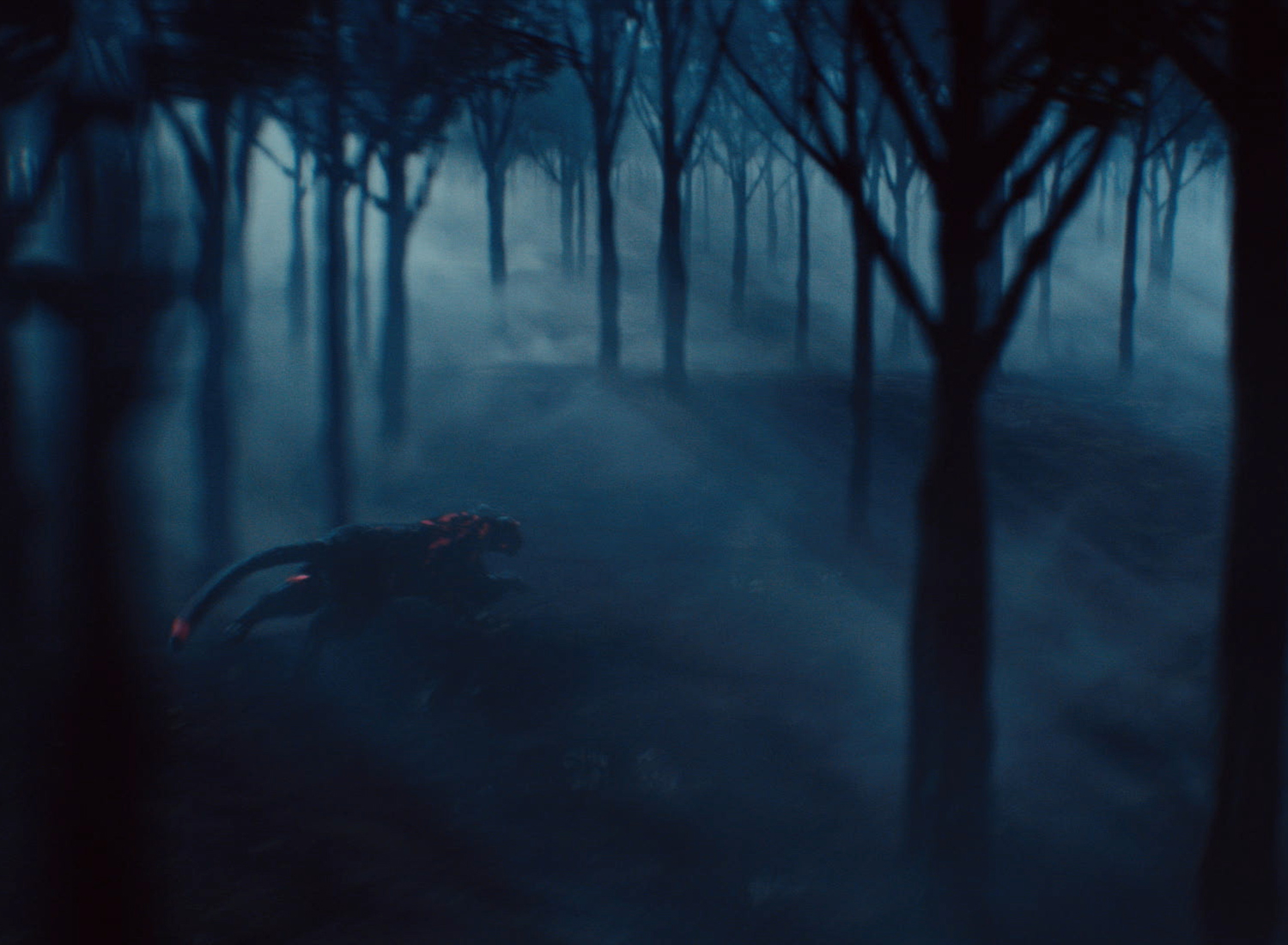 How was the briefing process?

Raj: This process was very fun. I received a brief from Othmar, the festival owner, which was based around all things “odd” as it is the 5th year anniversary of the festival and 5 being an ‘odd’ number. It also carried quotes such as

Looking at this, I immediately wanted to create a story that celebrates the individuality of being “odd” and how you should be proud to be different and embrace it. I also feel as artists we all try to stand out from the crowd and to make work that is distinct which is something we can all connect to.

Can you tell us more about the technical background?

Raj: The technical background of this film was very extensive. It carried multiple disciplinary softwares to create this piece and was a massive collaboration from design through to visual effects. Everything was computer generated and carefully considered from the huge epic landscape to how many trees should be in the forest. Every pixel was designed. I really wanted every shot in the film to be good enough to print! That’s when I know I’m happy with the shot. 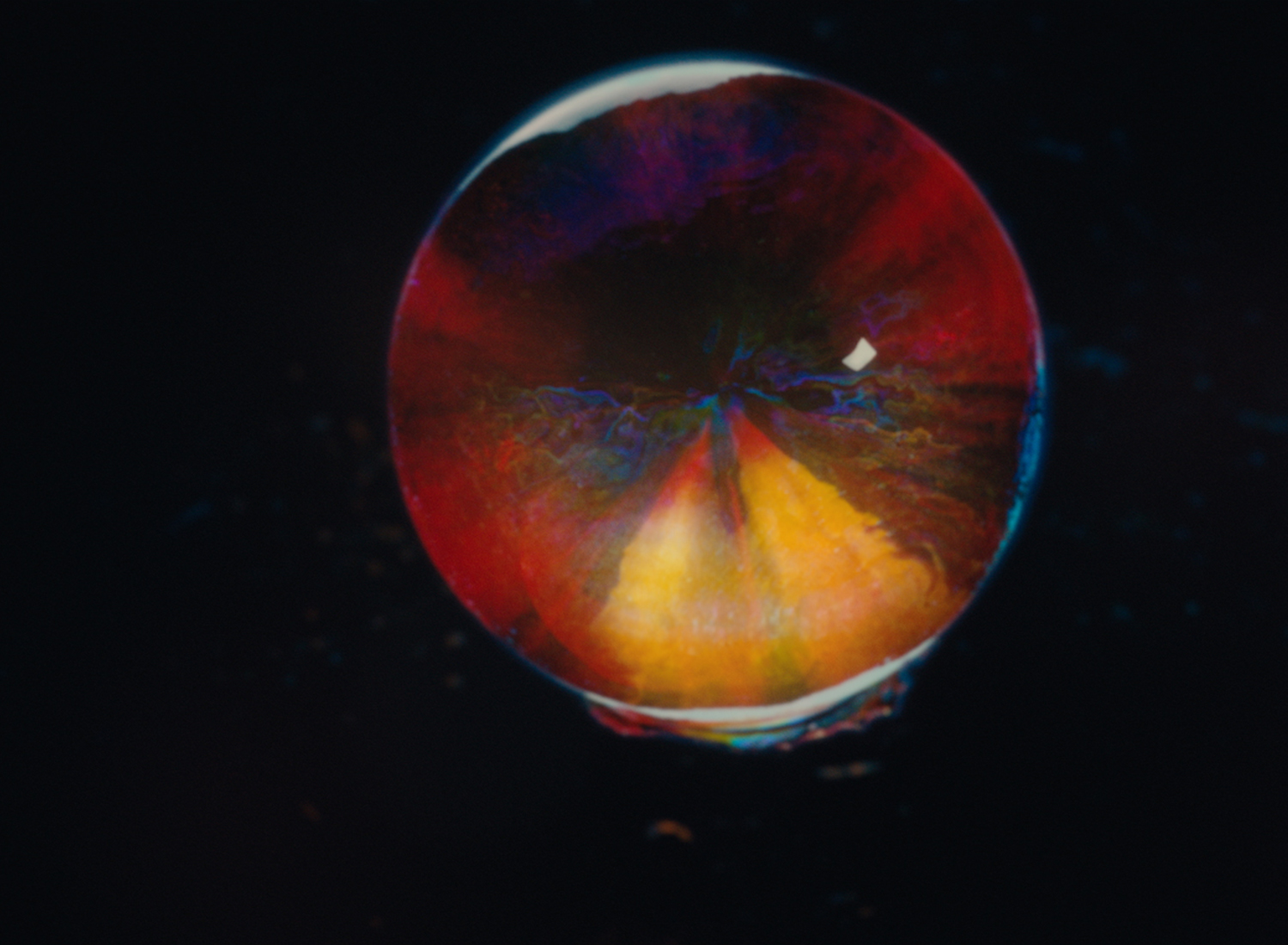 What was the biggest challenge of each world depicted in the film?

Raj: The biggest challenge in each world was getting to a point where I was happy with the composition. This was a challenge because each world was huge in terms of geometry and also hand sculpted by me! It was a very meticulous process.

What was your aim for each world? Do they have different meanings?

Raj: Each world was representative of the panther so there were a fur, teeth and liquid eye worlds. I wanted each world to feel like a foreign mystical place and grand in terms of scale. My vision to play with scale as we were macro but for the worlds to feel big. 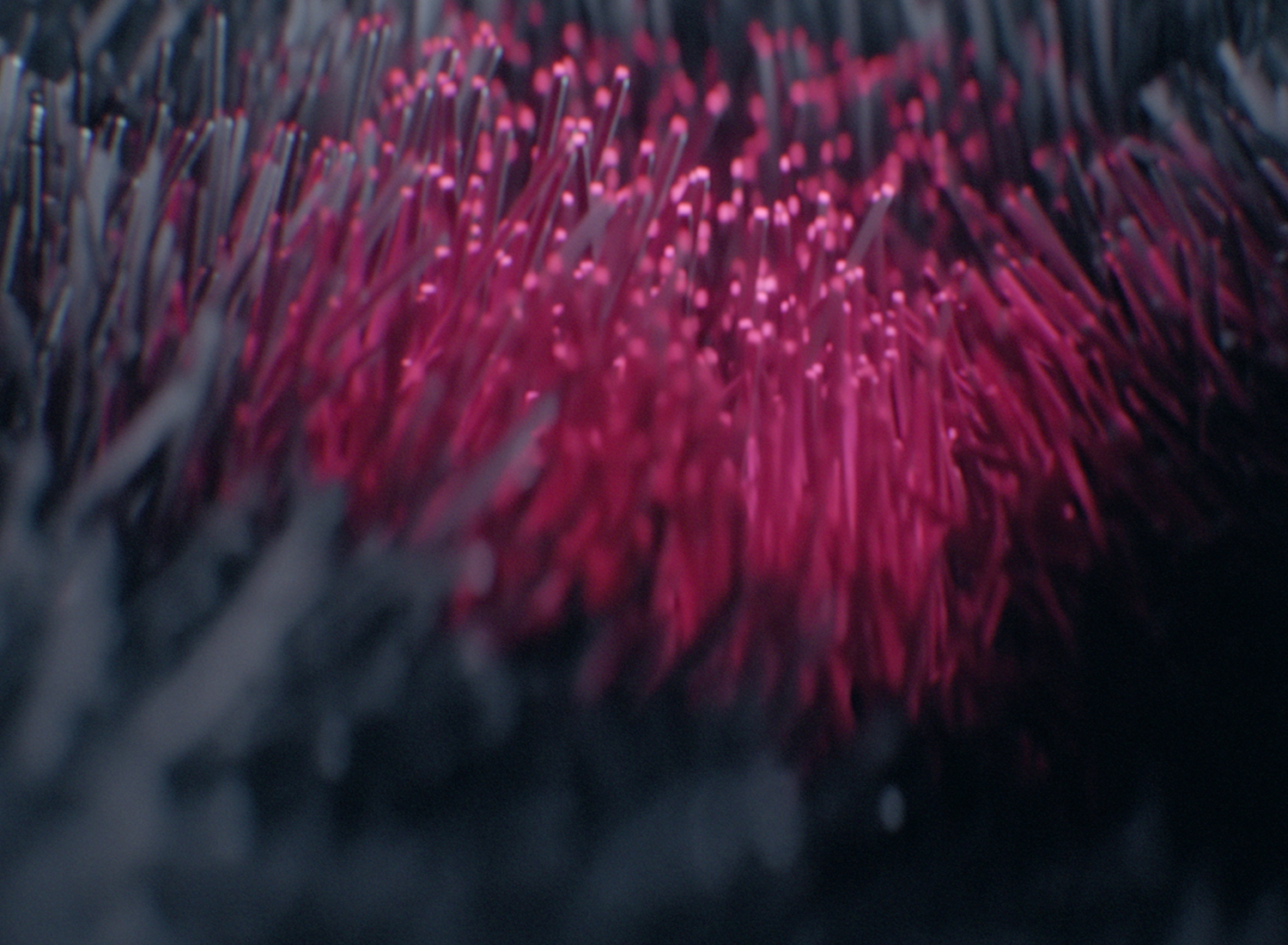 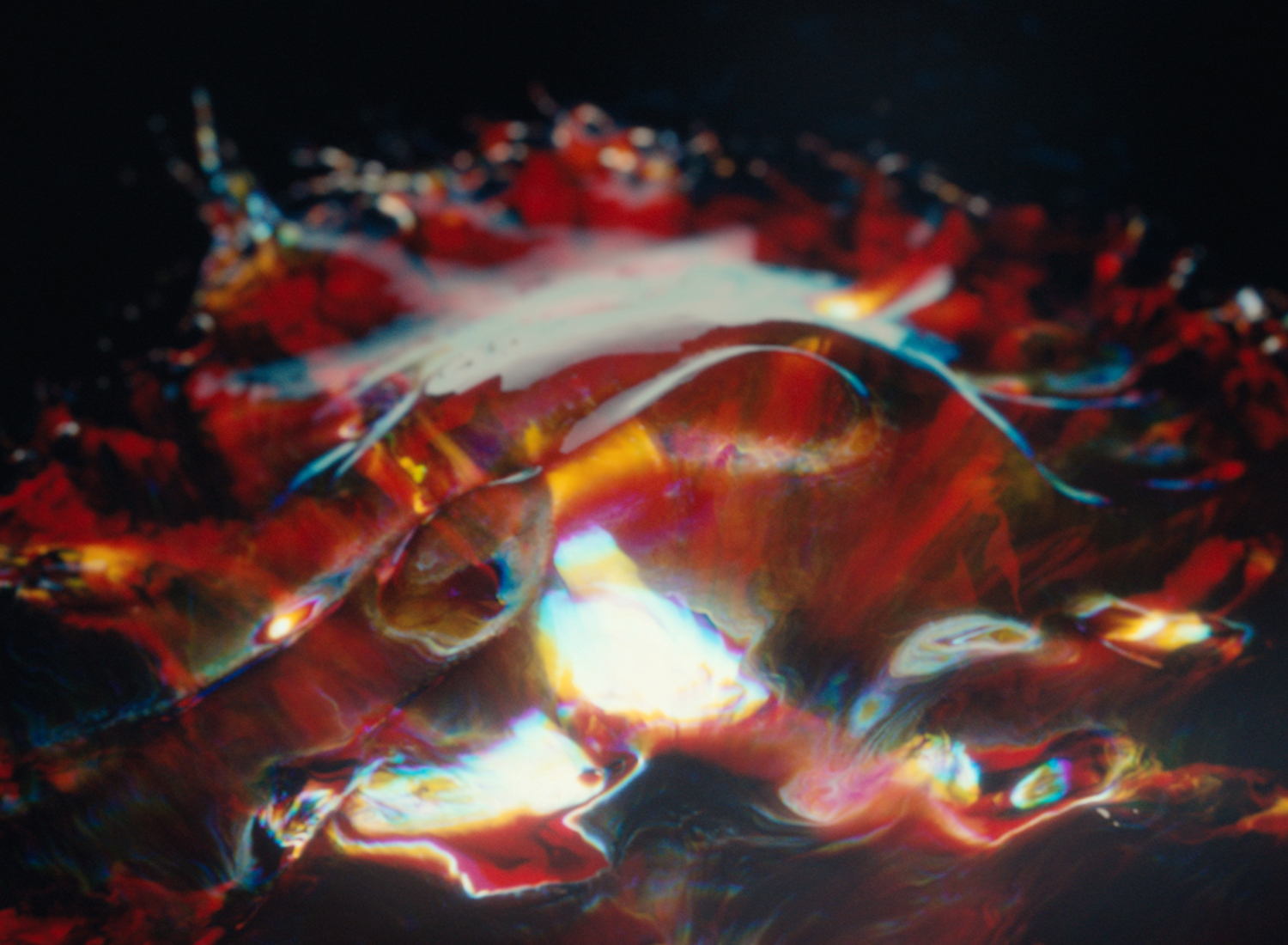 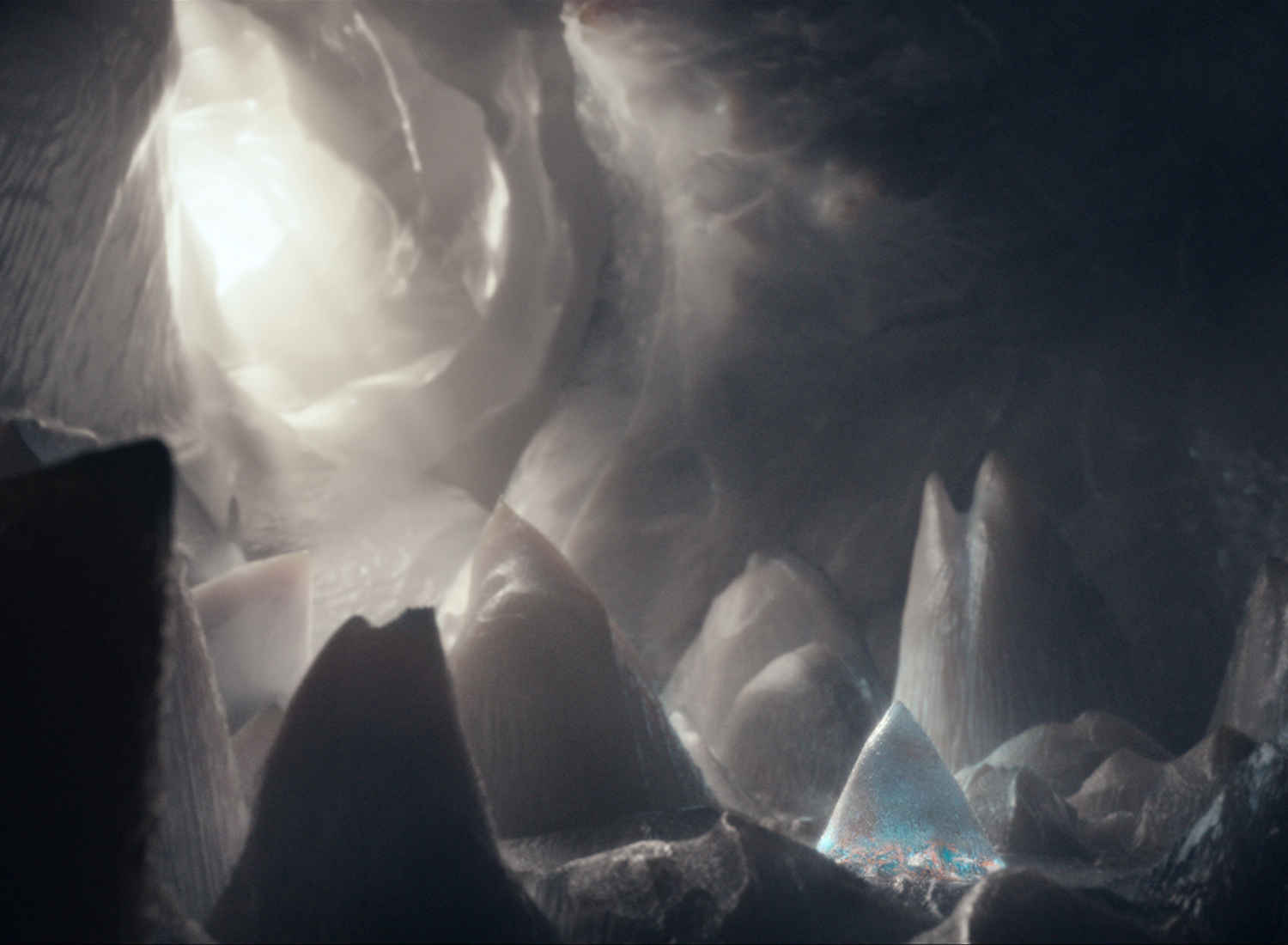 Who composed the film music?

Raj: Echoic Audio composed the sound design and they worked with me to tailor this very specific cinematic feel to the piece. I wanted it to feel very dreamlike and have a ritual feel to the audio as we go on this transformation with the panther. They even recorded a vocalist Victoria Klewin for the chanting sounds.

How many hours did it take to produce the film?

Raj: Millions. But I enjoyed every one of them!

Did you hit any difficulties or sometimes think you couldn’t finish?

Raj: There were many elements like the hair colour growth scenes which were only solved during the last weeks of the project. We kept on pushing through and managed to achieve everything we wanted to do which is very rare on a scale of this size.

Did you ever lose faith in the project?

Raj: Never! Seeing all the amazing work in each stage of the project was so inspiring. There were definitely times where it was hard creatively and technically to solve parts of the film, so I had to step away from the project and sometimes reset my eyes by doing something completely different, then returning to the problem to solve it.

How did you create these dramatic effects?

Raj: I really love creating a visual story through abstract art and having the opportunity to do this in the film was very exciting. I wanted to use the coloured energy as a driving force for the effects so I created custom particles and liquid systems in Houdini to achieve this. The colour effects I used, interact with glass which created this iridescent feel to the materials. I really wanted to bend material properties within this film to make something unexpected. 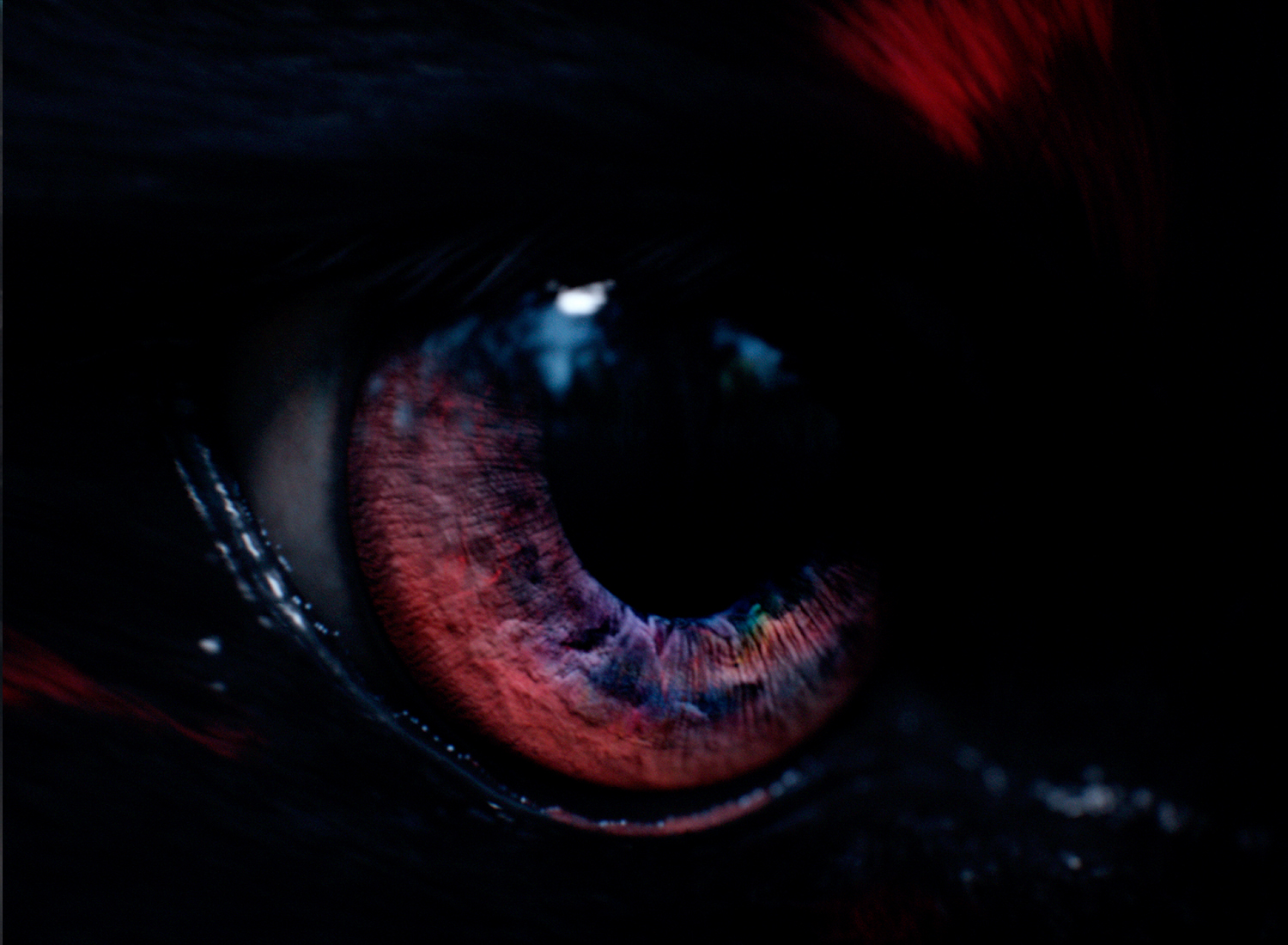 Which programs do you work with?

Raj: Maya, Houdini and C4D. Rendered with both Arnold and Redshift.

What makes a good story or film for you?

Raj: I feel it is really important to build a relationship with the subject matter you are showing to the viewer through, for instance, the positioning of the camera angles to best express the emotions of the scene as well as the pace of the animation. For this film, the colour story was also important as we started in a cold blue barren forest then we get transported into these mysterious worlds which carry an array of colours and warmth before returning back to the cold blues in the outside world with dashes of intense colour from the macro worlds. 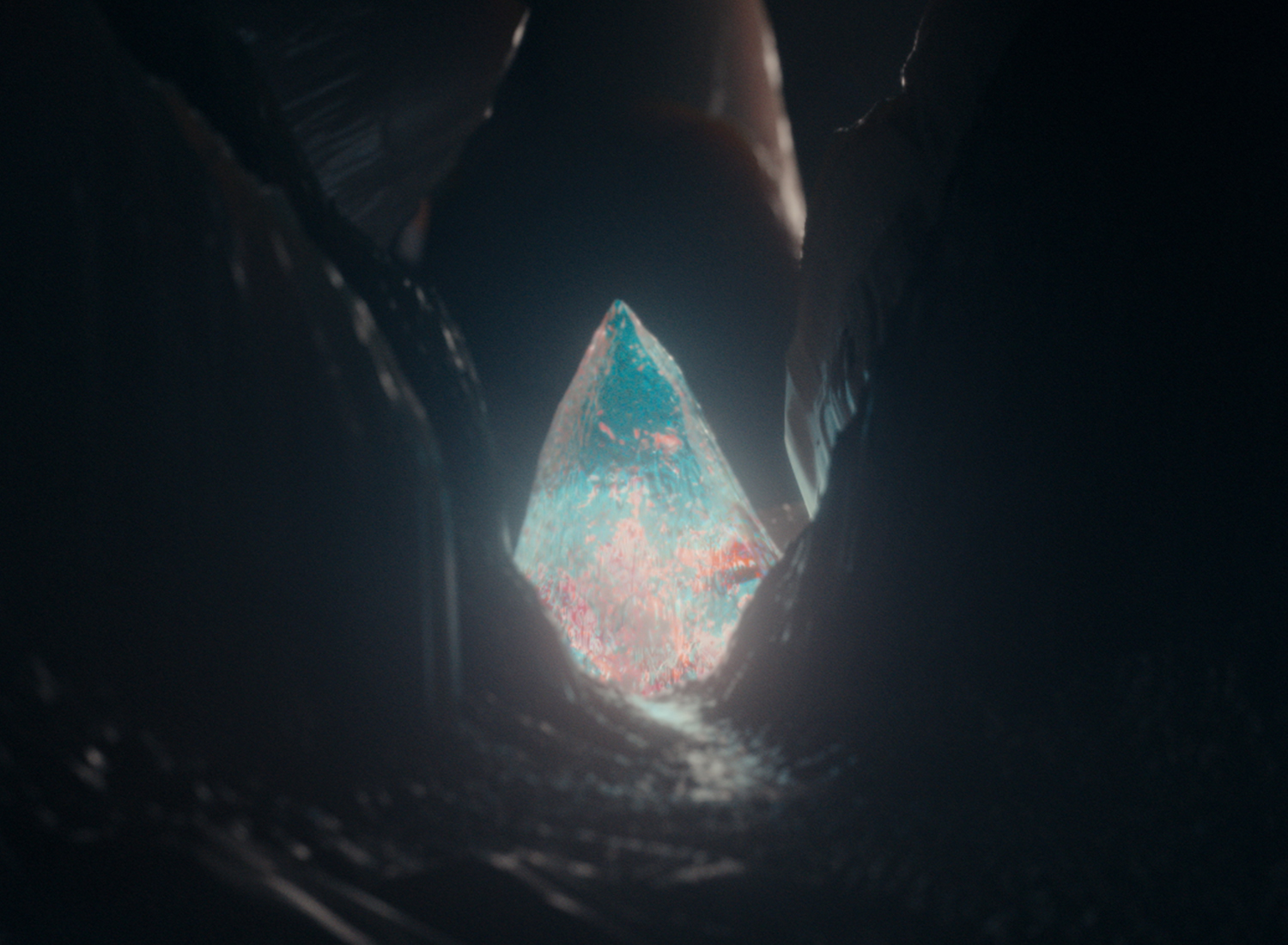 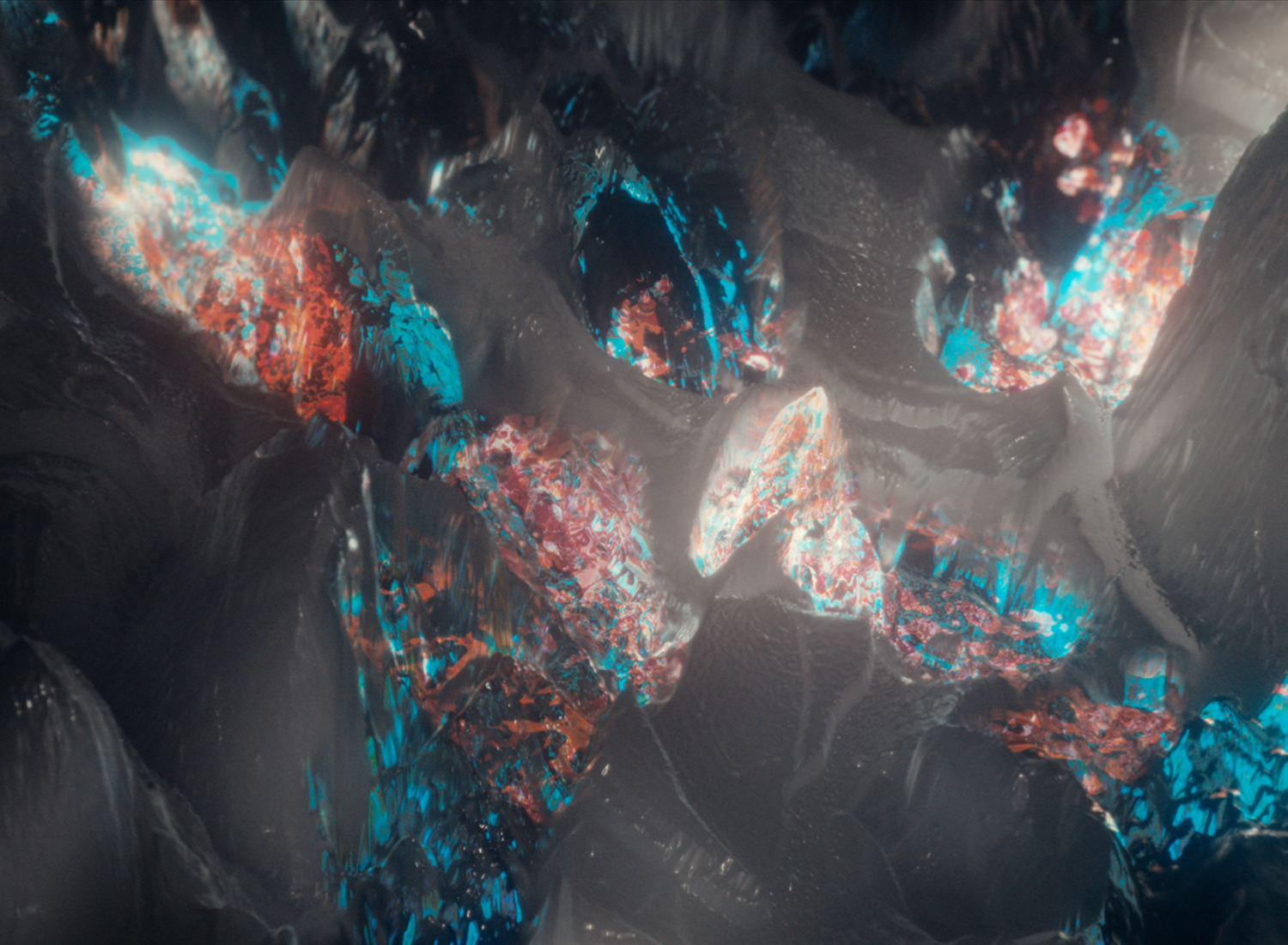 What is your number one recipe for good ideas?

Raj: Experiment! Have a base starting point, but then try multiple methods and ideas, mixing software and techniques to achieve something different.

Do you have a special creativity technique you use regularly?

“Beer and shouting random comments in the studio.”

What is your oddest superpower?

How does a day in Raj Davsi’s life look like?

Raj: Usually starts with a solid coffee and a nice croissant. Then I start talking to my colleagues about nothing for about 15 minutes before realising I have shit loads of work to do. I then check my renders, realising they’re all wrong from the night before, then start panicking and blame it all on the computers. After solving all of that in the morning, I usually make something then show everyone in the studio for reassurance that I’m still good at my job. I then try to go to the gym, but doesn’t always work out that way, ending up in the pub 5 pints down and ready to get a takeaway! 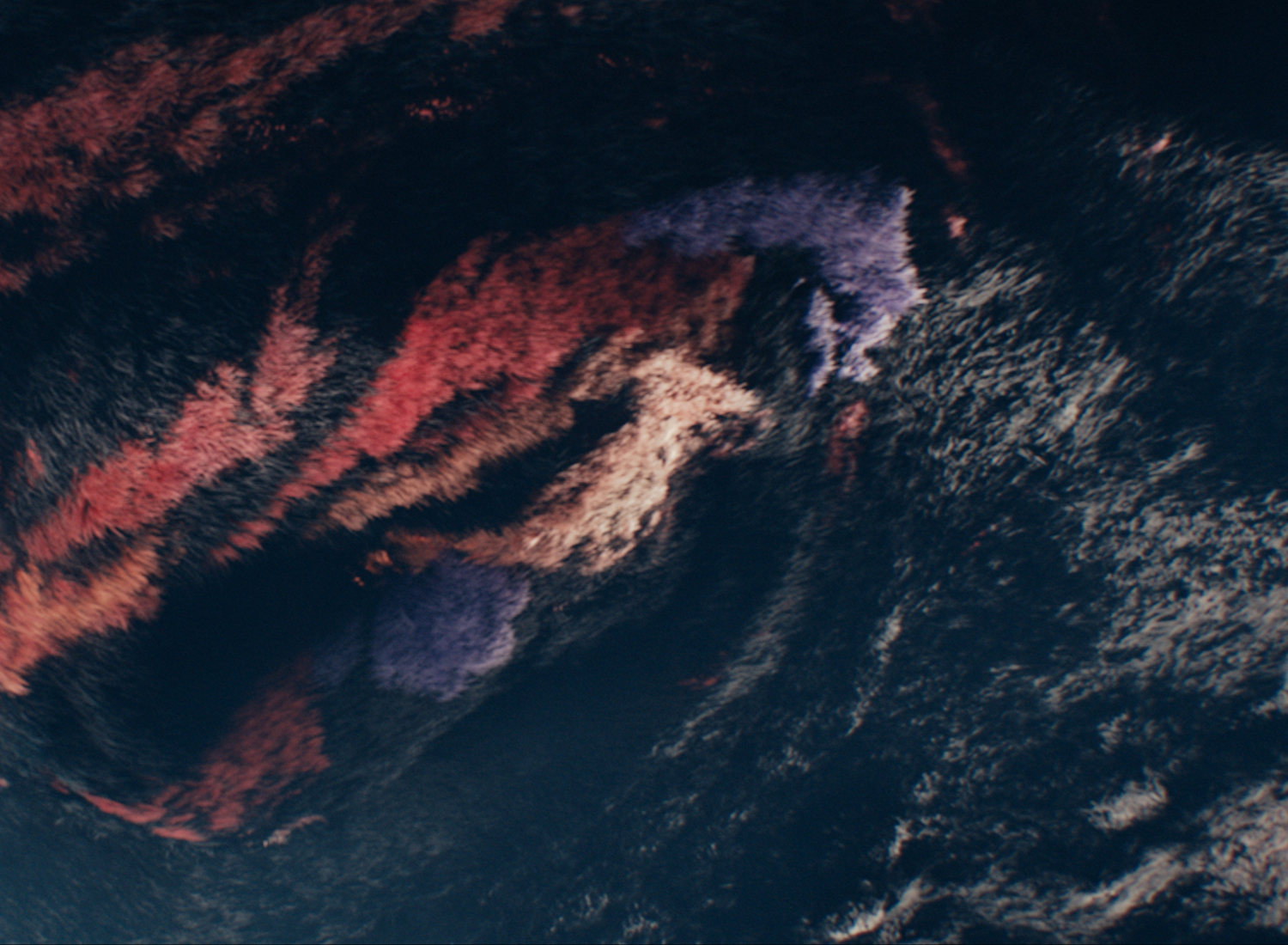 Are you curious for more? Get more details about Raj Davsi’s work and catch his talk at Forward Festival Hamburg in July. Tickets are available here. More about The Mill.

Check out the The Main Title Sequence by Raj Davsi: