Directing duo Lamar+Nik were given a completely open brief by Columbia Records for The Shins’ latest video, Half a Million. Thus they took the chance to make something they’ve had in mind for a while: an animated sticker trail with live-action surroundings. 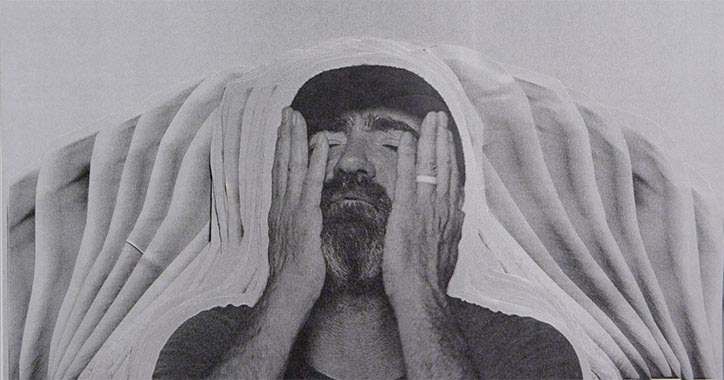 “We hadn’t seen it before, and there’s something really fun about taking mundane things and making them exciting. Plus it’s accessible to everyone. It’s almost as if you and your friends are going around one day putting stickers in unexpected places.”, says Jesse Lamar High, one half of the duo. 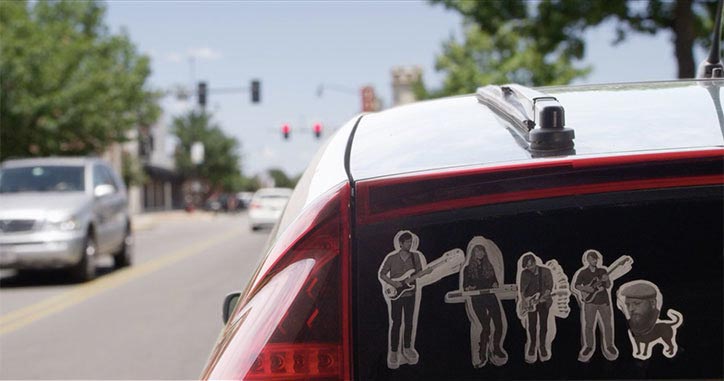 The first step in the video production was filming the band on a white background in a studio in Vancouver. After approval by the label every single frame of the video was printed on to sticker paper. Then the cutting began. “Nik’s brother, mum, girlfriend and dad all helped cut stickers out.”, explains Lamar. 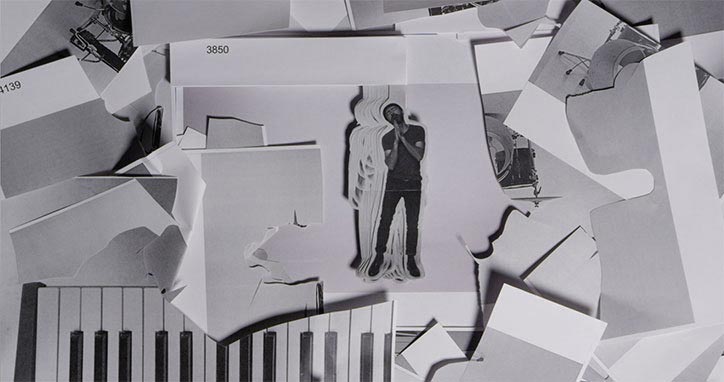 From the 4,868 frames 5,566 stickers were hand-cut and separated into stacks for each scene. For the stop-motion filming the duo placed the stickers where stickers usually are or could actually be. In a few scenes, like the pool kick, the stickers were stuck down onto glass with green screen behind it. It was later composited over the footage. Otherwise it’s all real-life scenarios.