The war is not over. Get a postcard or spread your art for Ukraine

Over the past 189 days, the world has watched in horror as the people of Ukraine have suffered immensely as a result of the Russian invasion. While the war continues, the media reduces showcasing information, which is slowly fading into the background. ‘Posterwar’ and ‘Postcards for Ukraine’ were launched to share information, keep awareness ad support those affected by the war, which we must never get used to. The projects aim to change the narrative, remind us to be vocal and fight against Russian machine guns, clusters, and tanks with the power of art.

More than 180 days after the start of Russia’s invasion of Ukraine, Gallery Sperling Munich initiates a project to support people in Ukraine and contribute to maintaining public attention for the war. ‘Postcards for Ukraine’ invites international artists to send a self-designed postcard, which will be published on their Instagram and on this website. They can be purchased for a donation of at least 350€ to a charity supporting those affected by the war.

How can I get a postcard?

After we publish a new postcard, you can write us a DM or email. From the messages, we select the buyer randomly using www.random.org. Afterwards, they will send out a confirmation with details about selected charities and relief funds.

Another important initiative by Milan-based graphic designer Sreenihal Pouka ‘Posterwar’ consists of a downloadable archive of posters from counties across the world. It’s a place where creatives unite against the war propaganda and change the narrative of the war with art. 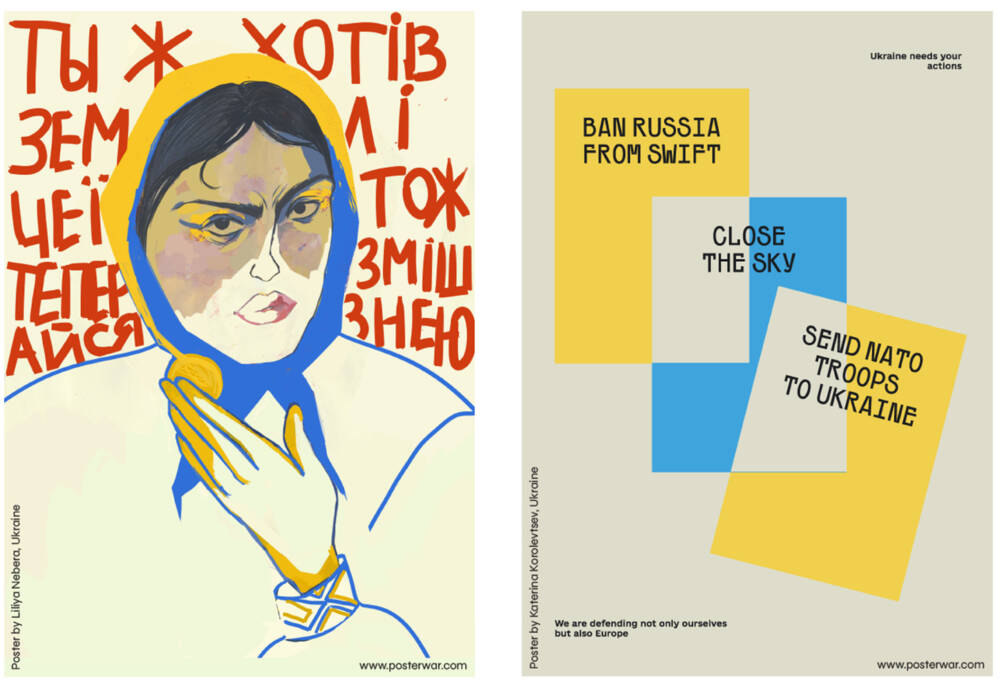 “It’s time to change the Global predicament with the power of art. So let’s circulate the posters around the globe, let’s send our messages and let our emotions out. Every second counts, so let’s join hands to put our art to good use for the greater cause. Together let’s fight for peace, for justice.” 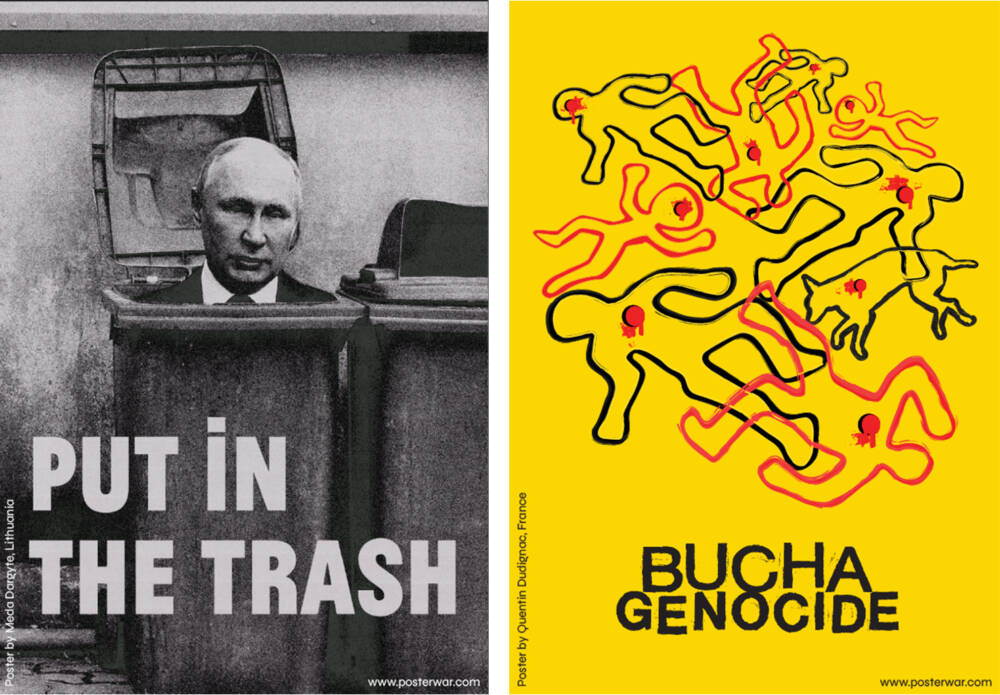 How does it work?

If you are an artist or designer, then you can make your posters speak louder than any word spoken or any action ever taken and submit your piece. Anyone around the globe can download your work and showcase it on their social media platforms or print it out. You are not just contributing but you are becoming a part of spreading awareness. Posterwar displays the posters online, making them globally accessible and visible. 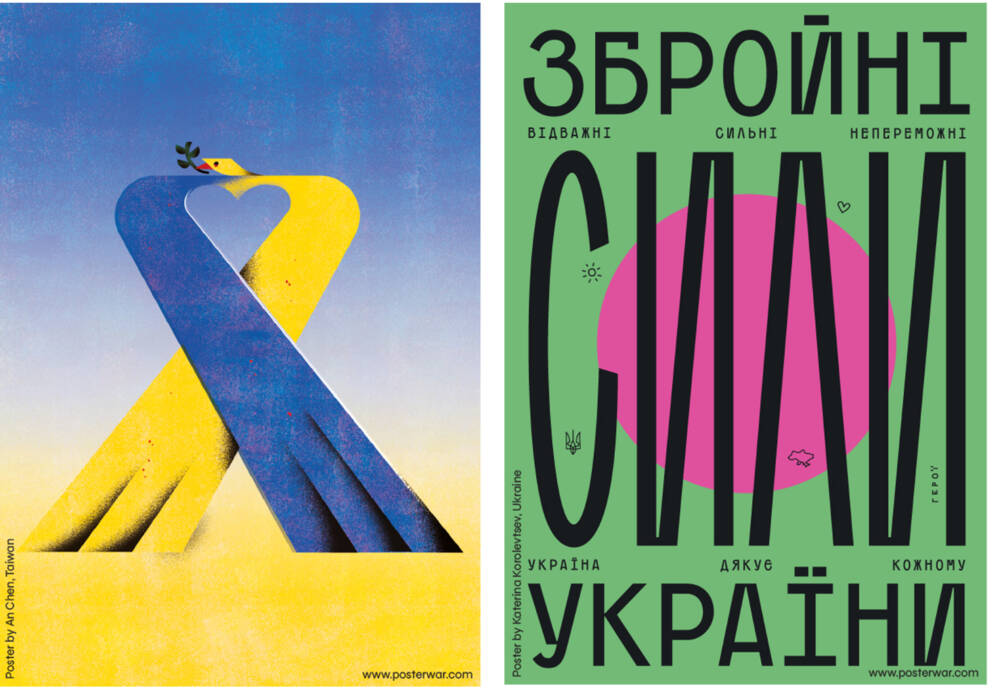 Every time someone downloads these posters we recommend donating coffee money, which goes to the Ukrainian helpline. This can be done by simply clicking on the ‘Donate a Coffee’ button. Posterwar is also looking for people or studios to conduct exhibitions in different countries and if you are one, contact them here. 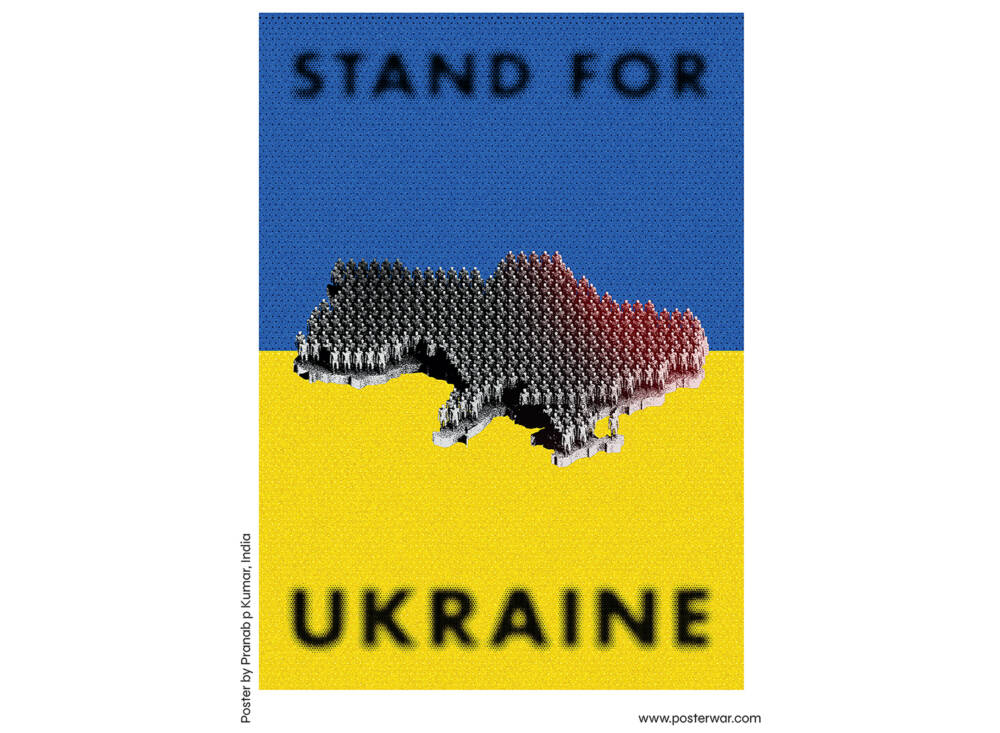