Hong Kong’s West Kowloon Cultural District got a new addition to it’s waterfront. Kowloon is very well known for it’s abundant supply in culture and entertainment, a hub for arts and culture. Therefore the appropriate neighbourhood for an opera house. 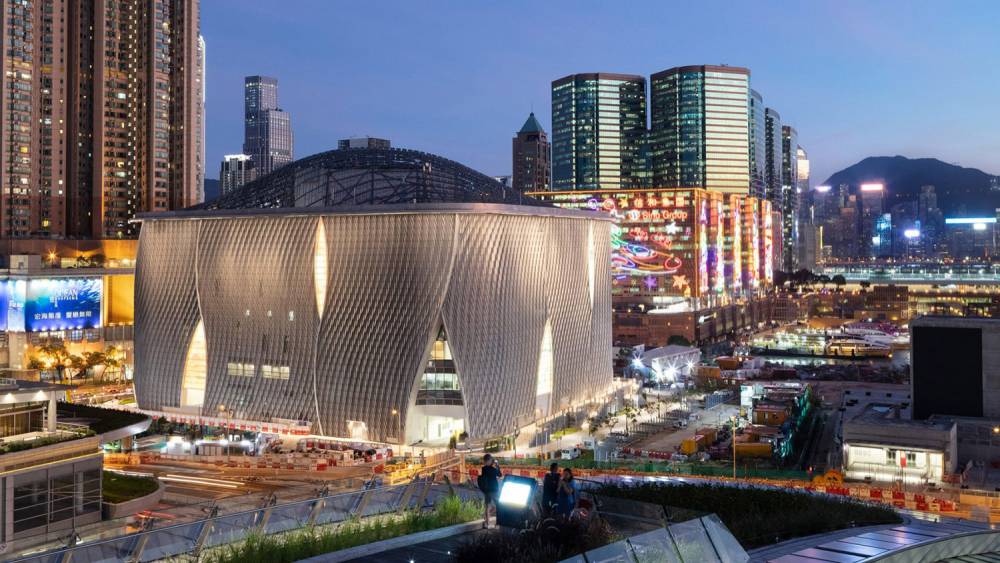 The Xiqu Centre was designed by the Canadian studio Revery Architecture in collaboration with the local firm Ronald Lu & Partners. The architects state in their official project description that they built a prestigious new home for traditional Chinese opera, if that wasn’t enough, the seven-storey building also creates a landmark entrance at the gateway to the West Kowloon Cultural District. 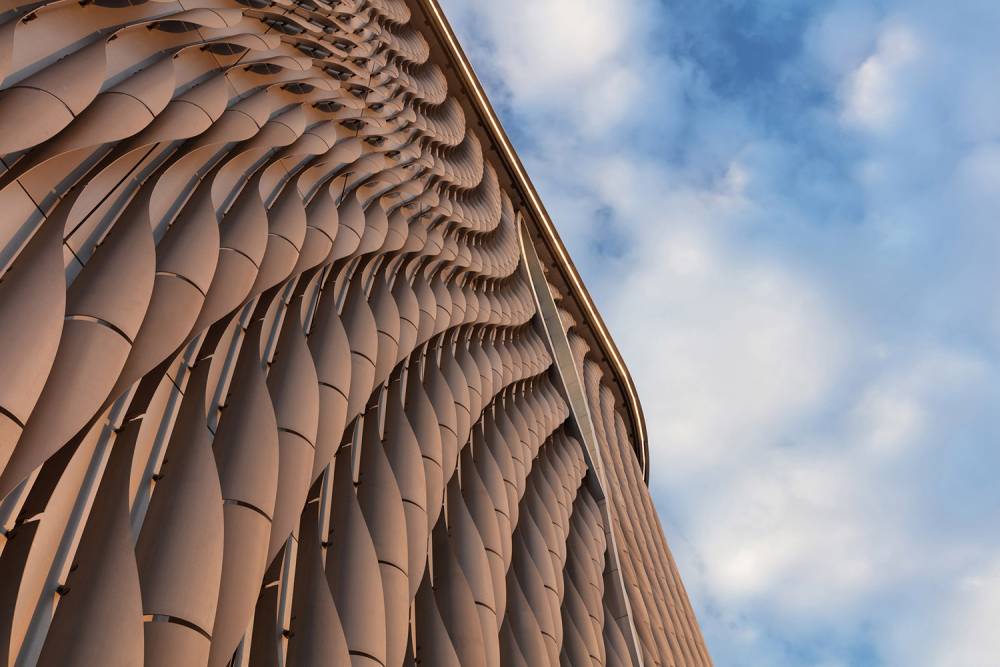 It’s facade is covered in slats of untreated aluminium, each cut by a computer numerically controlled machine and arranged in a wavy pattern. The metal panels play around the building like a theatre curtain, giving it a dynamic look as well as the resemblance of surfaces designed for better acoustics. To support the image of a curtain, the patterns are drawn apart to reveal the open and doorless entrances. 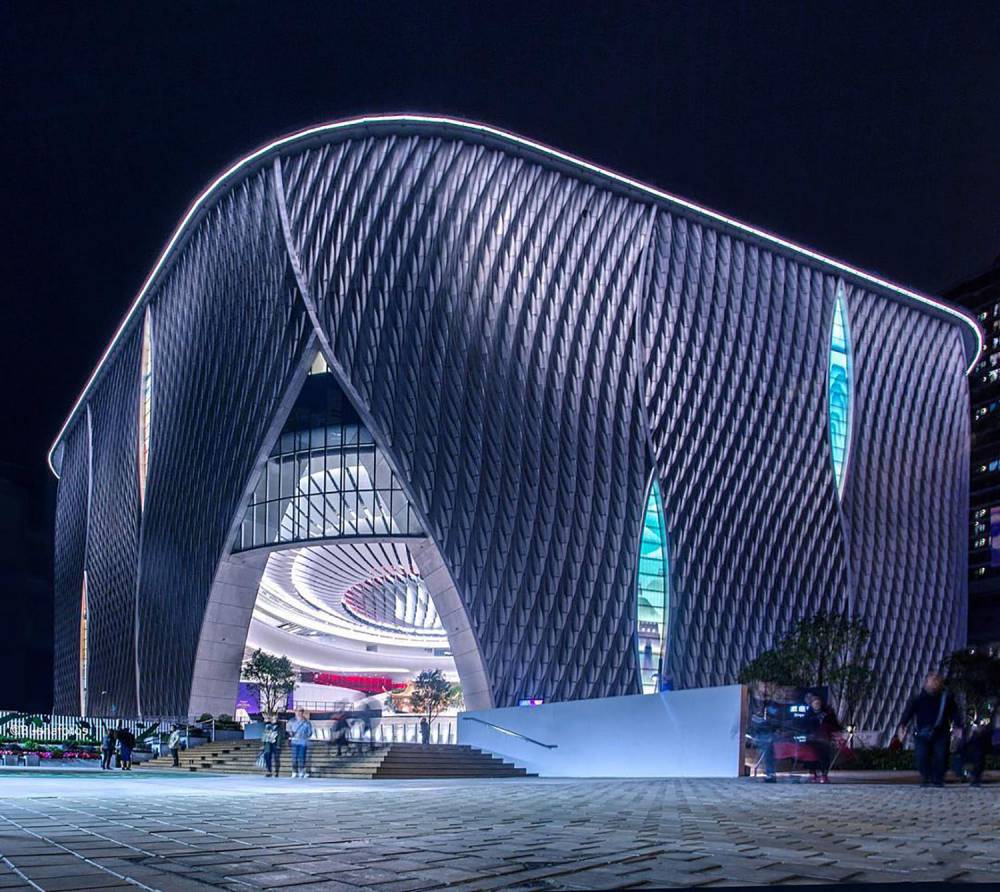 Going through one of those entrances, you will step into a circular, stark white, multi-height atrium. It’s design is determined by the impressive ceiling and the circulation paths connecting the levels which enable a free-flow of people around of the space. The shape decorating the ceiling isn’t only there for creative purpose, but it also shows the outlines of the the elevated theatre above. As a contrast to the white interior of the atrium and the rest of the building, the theatre itself is a dark and dimly lit space. 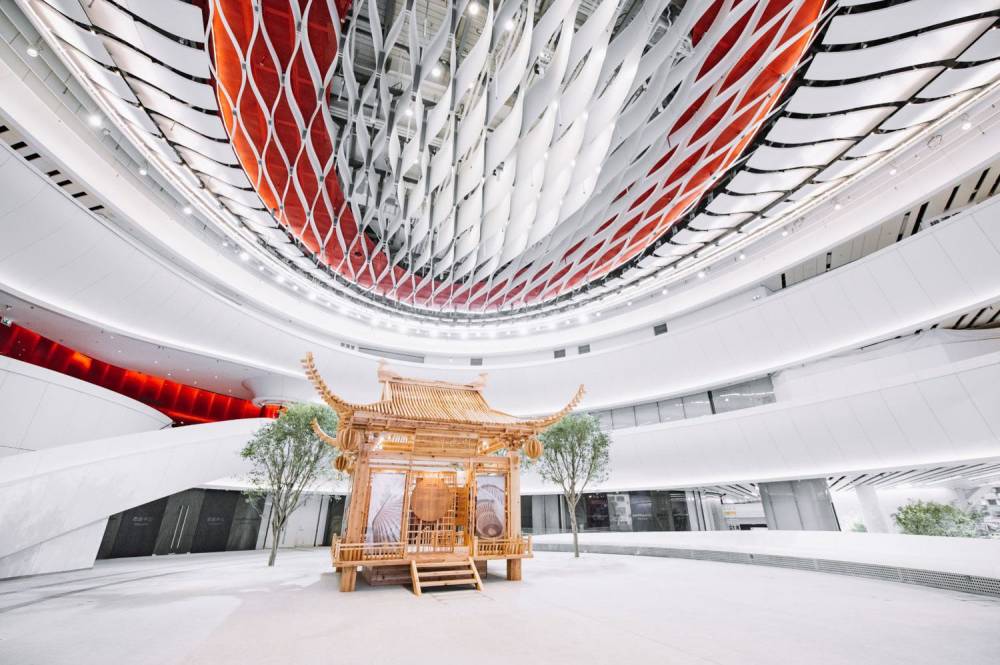 Just like every other modern opera house, every design element has it’s technical purpose as well. Through lifting the theatre 27 metres off the ground, it is isolated from the urban movement and the ambient noise of the surrounding area. 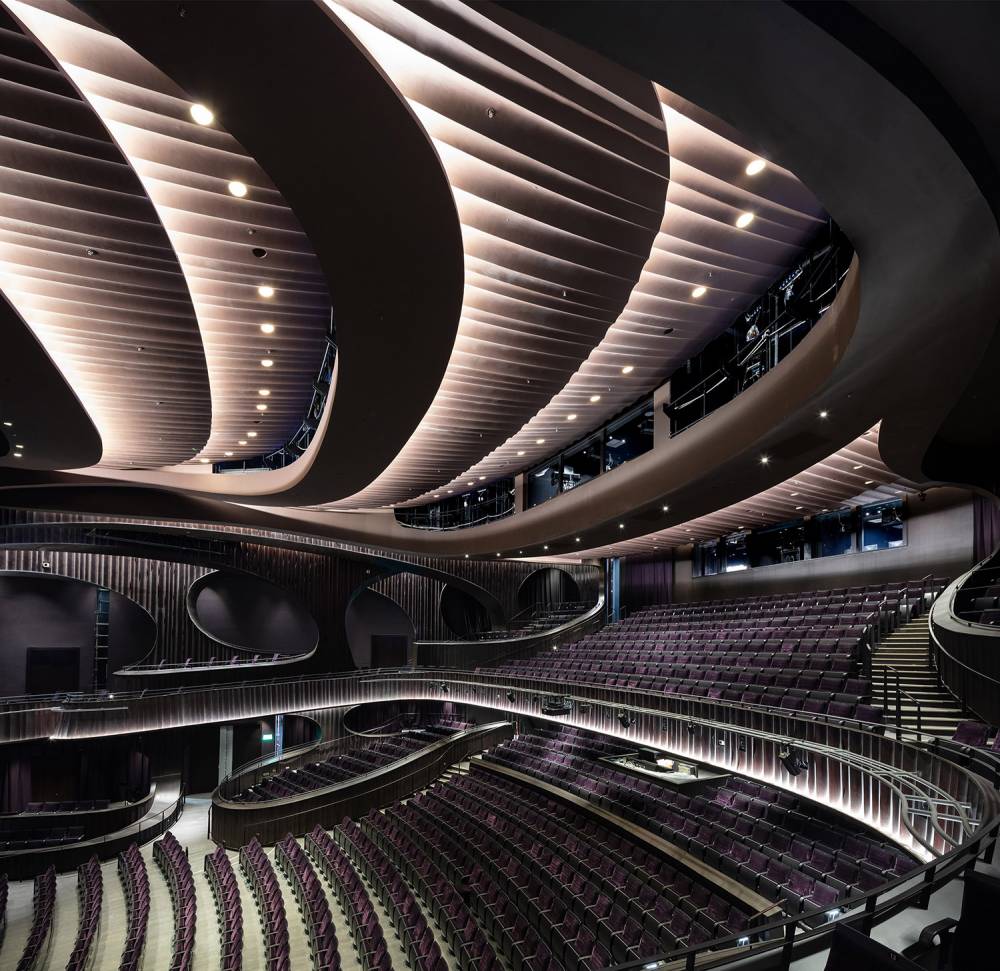 The Xiqu Centre was created to preserve and promote the rich heritage of the eponymously Xiqu-Chinese opera, the primary genre of indigenous Chinese theatre. Next to the elevated theatre for 1.073 guests, the complex includes another 200-seat theatre, as well as studios, rehearsal spaces, educational and administrative areas, lecture rooms, retail spaces and a restaurant. 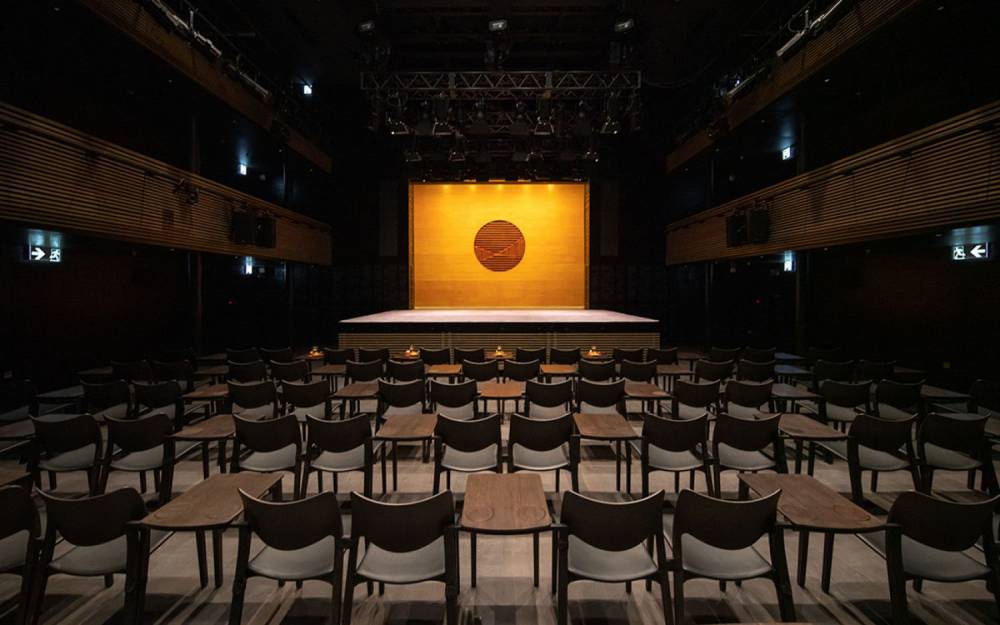 To respectfully embrace the Chinese culture, Revery Architecture oriented themselves to four guiding principles. Qi, being the first of those principles, means the energy flow and movement. It is represented by the curvilinear paths and forms throughout. Secondly, nature plays an important role. Since outdoor performances are a common feature in Chinese operas, two rooftop gardens were created. To represent the traditional marketplace heritage and thus the third principle, Xiqu Centre houses a public plaza as a gathering space for the visitors. And lastly the complex acts as a gateway or hub. This concept is supported by the doorless design, making the building open and inviting. 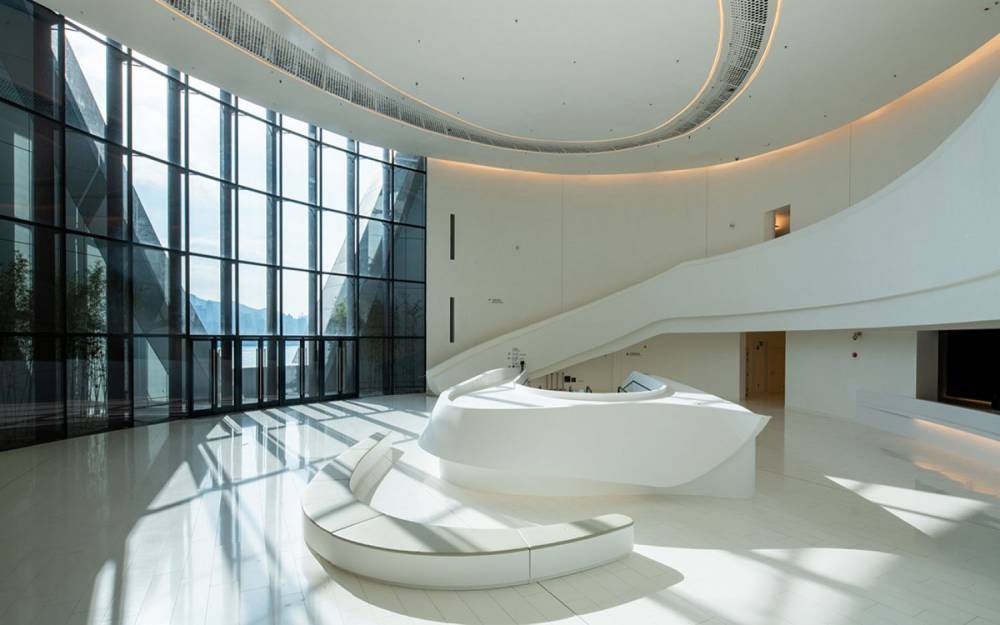 For more than a decade, the West Kowloon Cultural District has been in development and it will continue, since the next project is about to be realised with the forthcoming M+ museum.