If you have been on the internet any time in the last few days, or checked your Release Radar on Spotify within the last weeks and months, you will have noticed the immense amount of great releases in the music industry. Kendrick Lamar, Beyonce & Rosalia are just a few of the names that dropped a fresh albums this year. And with new albums often come great covers. In the following article we have collected some of the most iconic cover artworks of this year and dug a bit deeper to shine a light on the creatives behind the art pieces that will be hanging on walls, standing on shelves and spinning on record players across the globe.

To start off we are beginning with the newest release. Beyoncé dropped her album “Renaissance” last week and the internet has been roaring ever since. Sitting on a silver horse that almost looks like it was 3D-printed with pure silver and diamonds, Queen B holds the gaze of everyone looking at the cover in awe. Which most of them are probably doing. The artwork for Beyoncés 7th studio album was created by Carlijn Jacobs, a photographer “based between Paris and London”, as she describes herself on her website. Carlijn’s visual style leaves a lot of room to discover and wonder. Her pictures are never quite perfect but rather carry a distinct sense of unpredictability, which makes her photographs so unique. It’s the feeling that this picture was so well set up, while also holding this one detail that makes it look like it was shot on a whim. She has created the covers for magazines like DAZED and Magazine du Monde, and has also worked with POP magazine, where she photographed Bella Hadid in a similar setting. We are definitely obsessed with the work she has done on this album cover and have put her on our watch list .

If there is one album release that had the internet in a chokehold, it was Kendrick Lamar’s Mr. Morale & The Big Steppers. On his album cover, we see Kendrick wearing a thorn crown holding a child, while a woman is taking care of another baby in the background. The whole scene feels very simple, yet so intimate and is intensified by the little girl staring back at the spectator who is about to put the record onto the player. 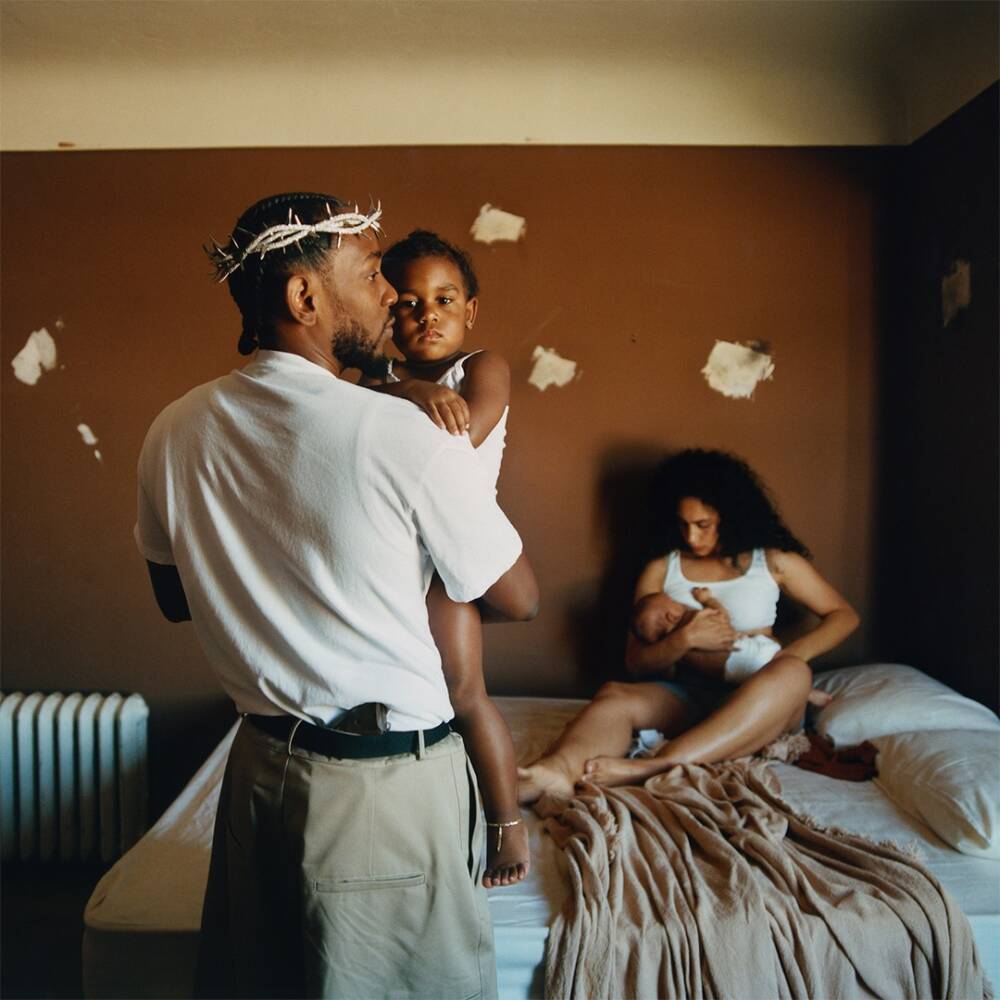 The artwork for the cover was shot by photographer and director Renell Medrano who has worked with some of the biggest names in the industry, including the New York Times, POP Magazine, Burberry, Nike, Fenty and many more. Her art shows very much her love and appreciation for her heritage and community, brings the viewer into her intimate world and connects them with her dominican-american roots. Renell manages to reveal the delicate inner worlds of her subjects, giving all her visuals an authenticity that leaves an impression on you long after. For her work, Renell was awarded the New York Times Lens Blog Award, and we can definitely see why. We will keep an eye out for whatever she comes up with next.

The Austrian duo from HVOB released their 5th studio album “Too” earlier this year in April featuring 8 new songs for their fans to vibe to. The 3D-designed checkmark catching the light on a dark background, which is printed on the album cover is so strikingly simple but interesting, that it made our list. 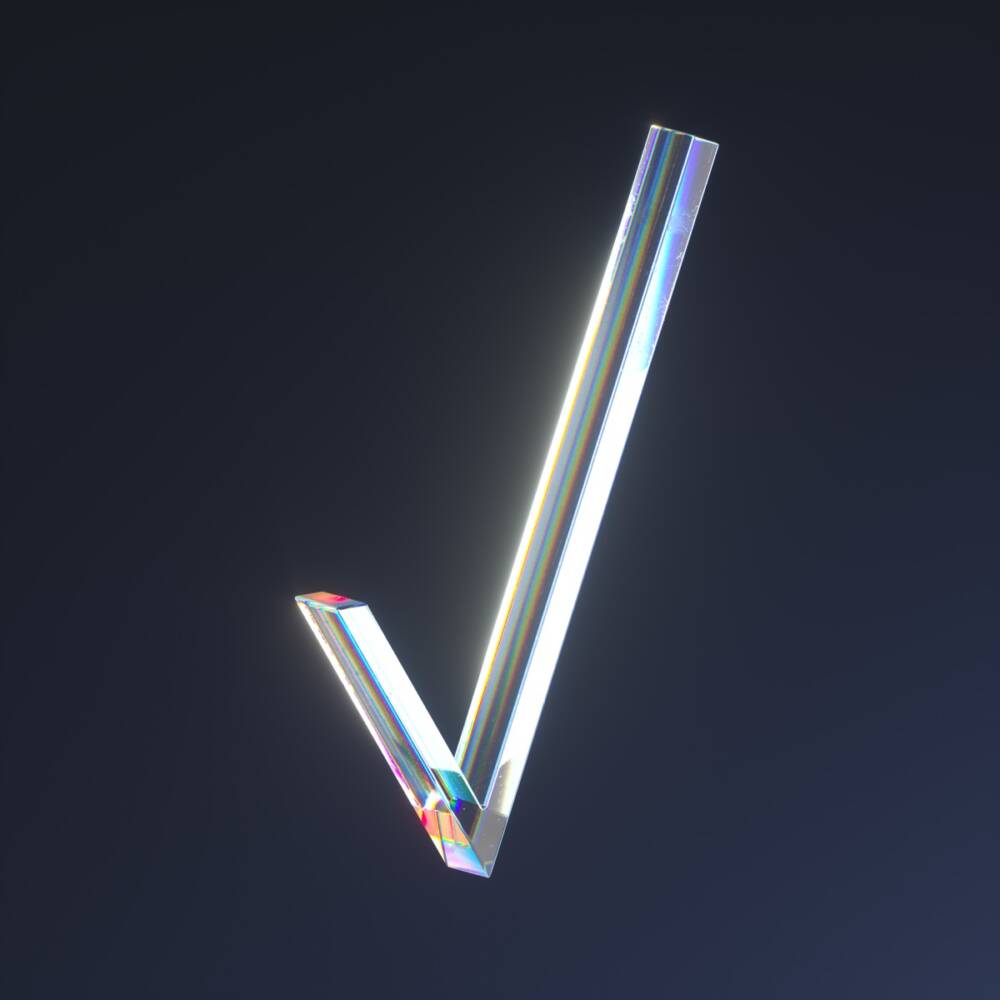 The cover art was designed by 3D-artist Christoph Gromer who creates stunningly realistic 3D-objects resembling glass when it fractures light into all of its visible wavelengths. He also created the cover art for Whitneys album “Spark” which featured his very unique iridescent design style against a light background. Christoph combines the known and logical with the physically impossible and therefore pulls from reality while giving it an impossible twist. This is what makes his art pieces, which take many different shaped and forms, so irresistible to look at.

Known for taking references from art and incorporating them into her music videos and visuals, Rosalia is serving us with a fresh twist on Boticellis Venus on her album cover for “Motomami” which came out in March this year. The cover art shows her naked, posed like the Venus in Botticelli’s most known painting while wearing a black helmet. Across the cover the title of her album is written in a red graffiti style font that fans noted has similarities to the album cover of Prince’s “Original”. 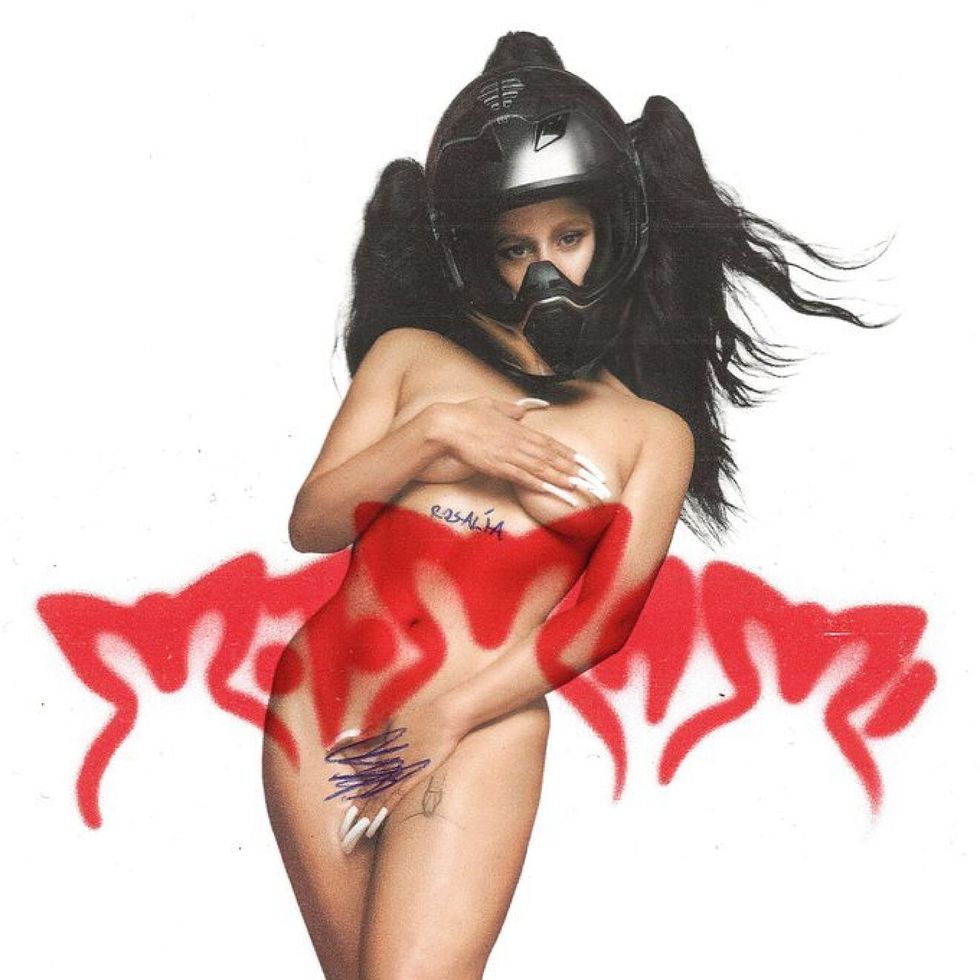 The photography for Rosalia´s album was taken by Munich and London-based photographer Daniel Sannwald. He is seen as one of the emerging original voices of contemporary photography. His unique visual language is easily recognizable, which Daniel has created some of his hauntingly impressive imagery for magazines, brands and artists of the music industry alike. Travis Scott for Nike, Adidas, Miu Miu just to name a few. We will be delving in the cosmos of Daniel Sannwald more often from now on and we invite you to do the same. 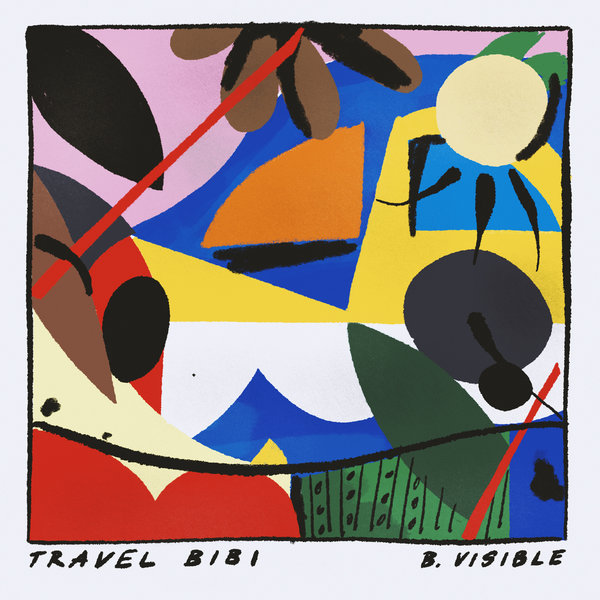 Vienna based musician and sound designer B.Visible and illustrator Daniel Triendl have been collaborating for some time now. Their newest installment, “Travel Bibi”, is a 3-track-EP and has that summer vibe to it, musically and visually. The colorful and vibrant artwork compliments the uplifting beats that carry the listener through heated summer nights.

Wearing a vintage Vivienne Westwood crown and pulling her lip down, showing her teeth saying “GOAT – Greatest of all times”, FKA Twigs is styled on the cover of her latest album/mixtape “Caprisongs”. The record features 17 tracks which each also got a video in lo-fi aesthetic. 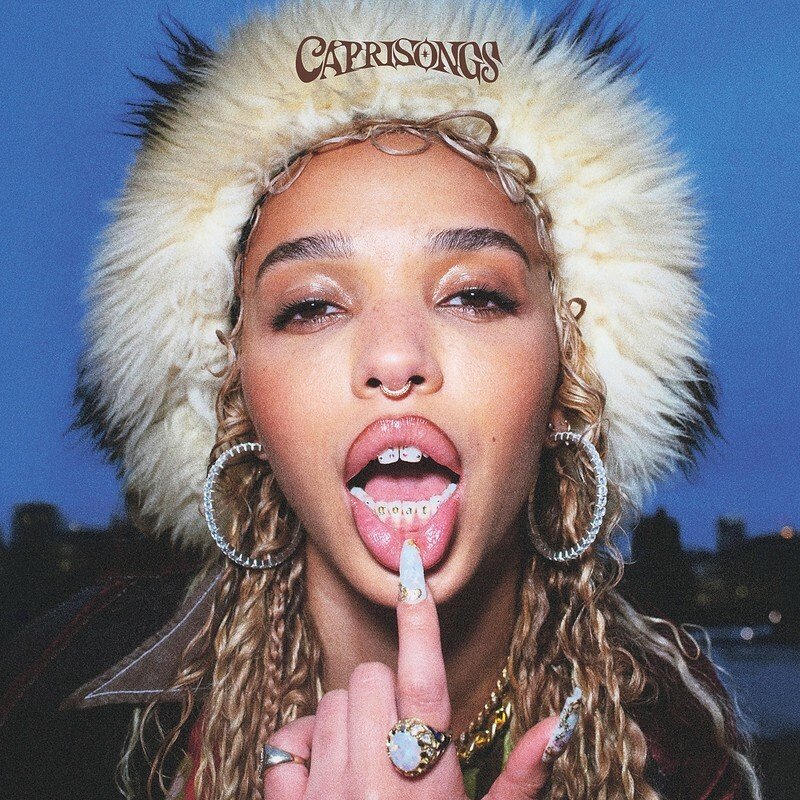 Her long-time stylist Matthew Joseph told Dazed, that they wanted to “shatter the archetype” of Twigs being that untouchable, ethereal goddess that she was in her previous visuals. Calling the new, more approachable and soft look “more of an evolution than a reinvention”, Joseph describes the look as kind of a statement to try and connect with more people. 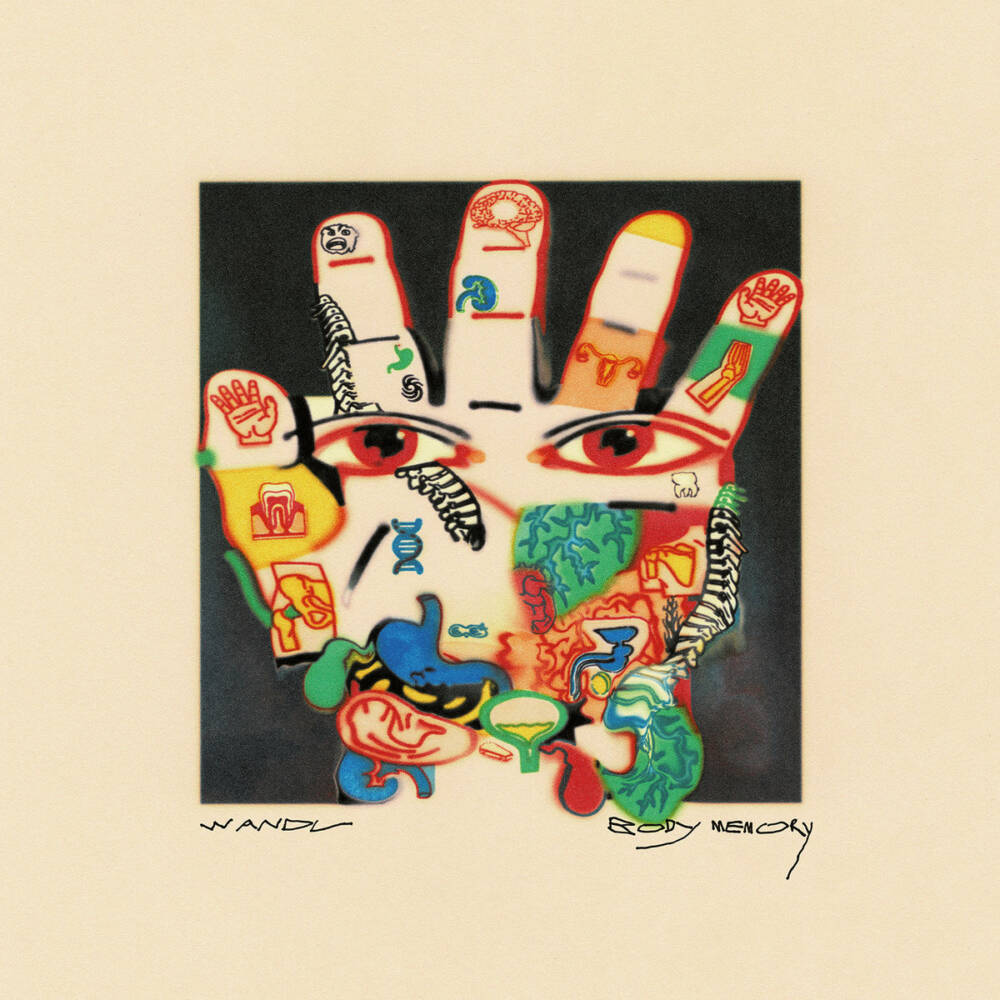 Fresh Max is a Vienna based artist with a vibrant visual art style, brimming with colors and shapes. They created the cover art for Wandl´s new album “Body Memory” which very much represents the title of the album in a vivid and colorful way. Fresh Max is not new to the cover art game, creating covers for bands like sharktank and Bilderbuch.

Supershy – Happy Music & Something on my mind by Simone Cihlar 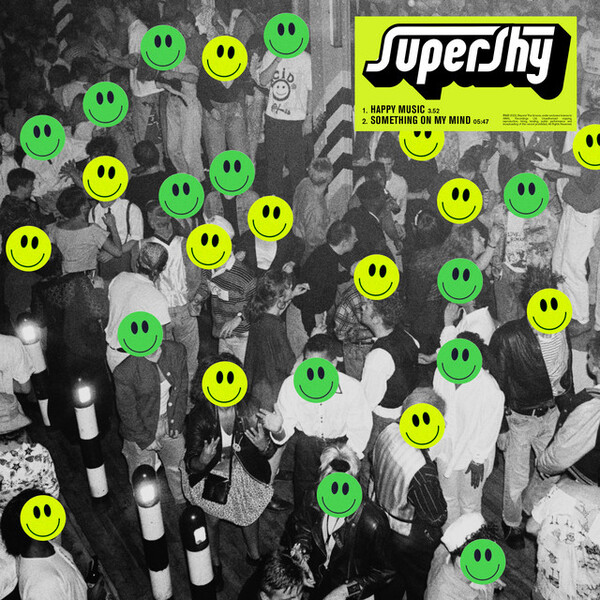 Simone Cihlar is not only a designer but also an art director. Together with Matt de Jong she has created the new album cover for Supershy, which is a new project by Tom Misch. Covering the faces of the many people in the black and white picture are neon green smilies that reflect on the titles of both songs on this release perfectly. This isn’t the first work that landed on an album cover of an artist. Simone has also created covers for bands like Von Wegen Lisbeth and Giant Rooks, as well as just created the new logo for Anderson Paaks new record label Apeshit.