We are very happy and proud to announce our collaboration with wemakeit,  the Swiss-based crowdfunding platform for creatives. Every month we will present you wemakeit’s best projects and get behind-the-scenes knowledge from the project initiators. It’s amazing to see what the combination of creative ideas and the power of people can create.

For our first edition, we selected three tantalizing projects from different creative fields.

Hieb is the other magazine about Vienna. Behind the initiators, publishers and heads of the editorial department are Stephan Göschl and Jasmin Roth from Cin Cin, who spoke at the Forward Festival Vienna in 2018. A motivated team that breaks with conventions typical of city magazines. Graphics, text and even the advertisements are made exclusively for each issue.

Also from Austria is the project Fahrradfilet. The bike lovers stand against the throwaway society and give broken bikes a second life in the form of, for example, a lamp and a chair.

The entry into the first edition represents an art project from Switzerland. Jeremie Jean-Ferdinand Maret took a page out of Damien Hirst’s playbook to earn enough money to keep his struggeling gallery project alive. Read the amazing story below.

The project from artist Jeremie Jean-Ferdinand Maret was born out of financial necessity. After years of hopeless struggle in the capitalist art market, I „had to overcome this acute financial shortage and wanted to breathe new life into this gallery project THE PROPOSAL“, Jeremie explains.

The artist made a virtue of necessity and took a page out of Damien Hirst’s playbook. Damien Hirst, the richest artist in the world, is known for his sophisticated monetary moves in the art market.

Jeremie didn’t stop there but took it even further. Instead of buying art, why not buy the artist? That was the birth of the „Damien Hirst for sale“ sculpture. Ever since the 90ies, a Hirst is an absolute must for every art collector. With Jeremie’s sculpture, a Damien Hirst sits on his toilet in your toilet. You may use it to display toilet paper or as a design object in your shower.

With the help of wemakeit and one 106 supporters Jeremie rescued his gallery and became the world’s leading Hirst dealer.

HIEB is an independent magazine from Vienna about Vienna. It is not another travel guide. Instead of local tips and best lists, HIEB serves a melange of reports, interviews, illustrations and photo collages from all 23 districts that reflect life in Vienna.

The magazine focuses on the diverse perspectives of people living in the city and on stories that can’t be detected at first sight – written for the people living in Vienna and for everybody who would like to be.

The team behind HIEB consists of three designers, a photographer and a producer. They create the texts, photos and illustrations exclusively for every issue. With the help of wemakeit they were able to produce the first issue and set up the distribution for the magazine. The support was so great that the campaign was already financed two weeks before the deadline. 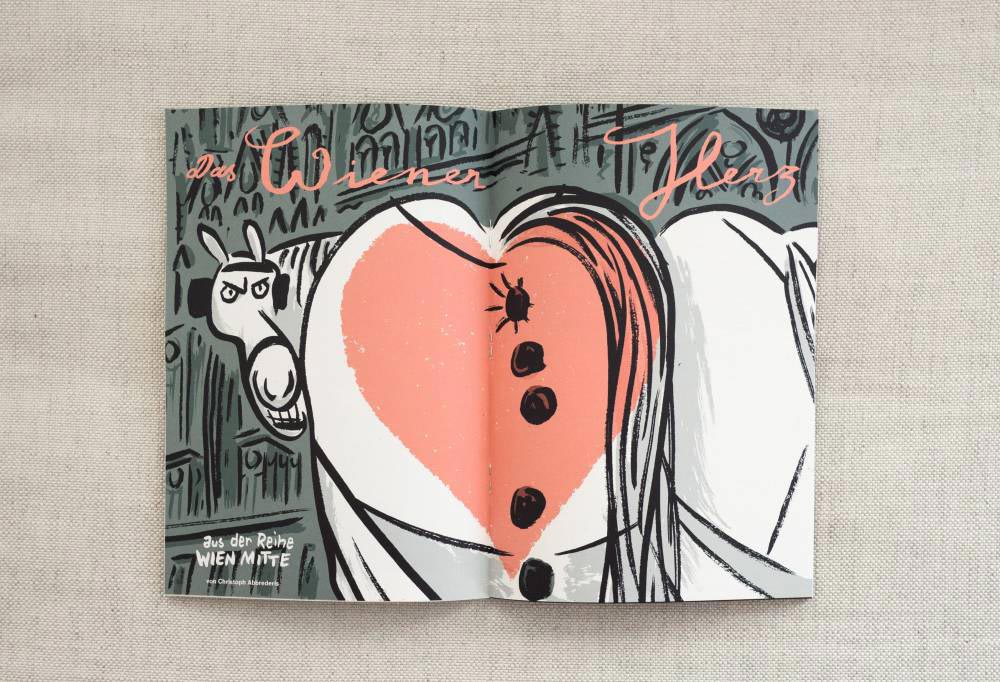 Over 4 years ago, a couple of bike lovers came together in the small Austrian town Sankt Andrä-Wördern and decided to turn their passion into a profession and give discarded bikes a second life by making practical commodities out of them.

“Our fathers are bike lovers, they bleed their hearts when they see bicycles in the junkyard,” as the team consisting of Stefan Novak, Joschi Sedlak, Clemens Wirl and Christian Edbauer explained. “That’s why they have decided to give the wheels a second life – in the form of everyday objects.” 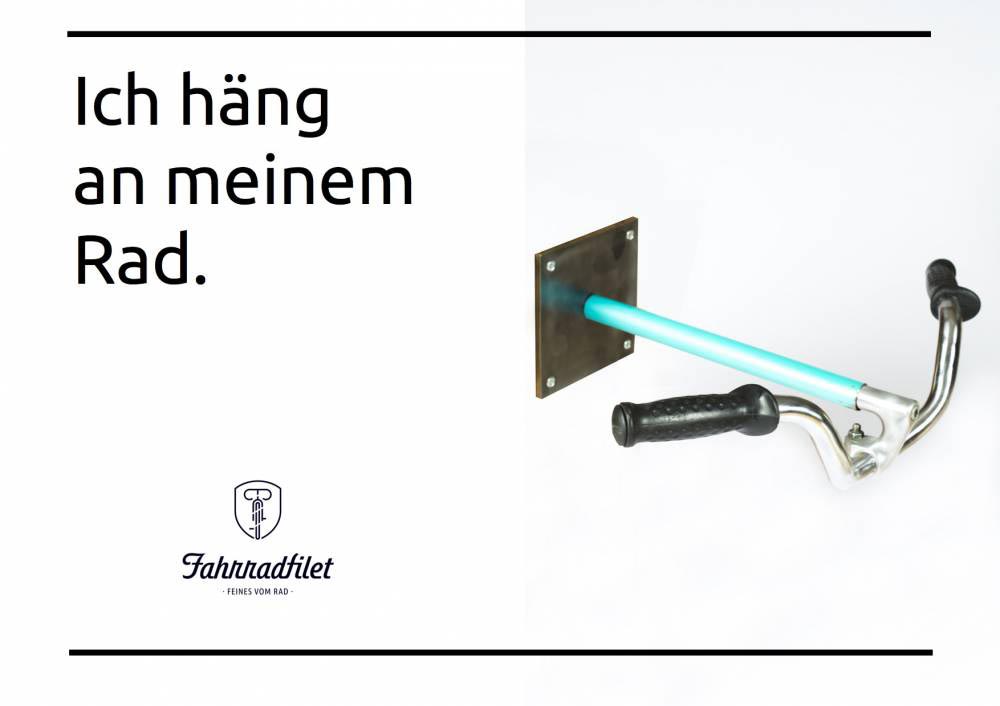 The project is also a deliberate counter-proposal to the throw-away society. “A cow is brought to the butcher. The butcher kills that cow, and until recently, it was common for the whole animal to be used. We come from this world,” founder and creative director Stefan Novak explains. 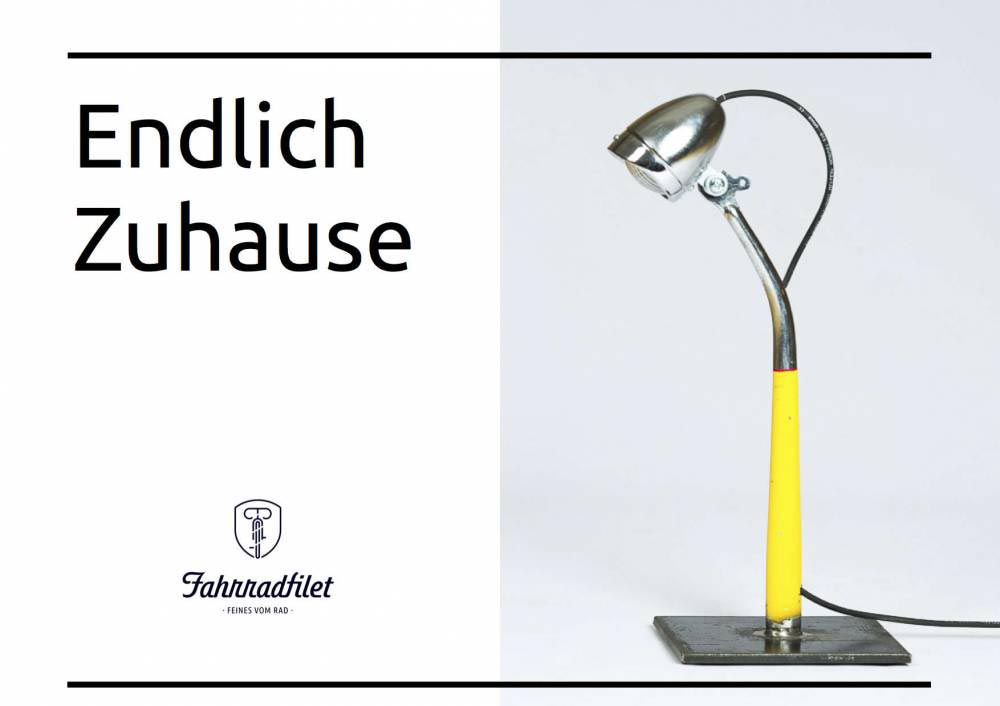 Every year, 20.000 bikes are thrown away in Vienna alone. Their disposal is associated with great effort. Fahrradfilet offers a different approach by using 90% of every bike they disassemble. Therefore, an old bicycle results in two lamps, a coat rack, 8 hangers, a toilet paper holder, several pencil holders, a newspaper holder and a stool.