The iconic Voo Store in Berlin, Kreuzberg is a fashion store, gallery, third-wave coffee shop, and a creative community hub. Celebrating its 10th anniversary, Voo Store is shining brighter than ever as a Berlin trademark. Happy Birthday!

When you walk down infamous Oranienstrasse in Berlin you cross Turkish bakeries, a dozen Spätis, second-hand shops, and artsy book stores until you find yourself standing in front of a small mirrored display stand that says “Voo Store” on Oranienstrasse Nr. 24. So inconspicuous you would never guess that Berlin´s fashion hotspot is located inside that patio, you are about to walk into.

Voo Store has always been a pioneer for the concept store model, long before it got mainstream. Daring to push the boundaries of a regular retail store, Voo served as a third-wave coffee shop, art gallery, and event space. With a unique selection of clothing, which of course represent Berlin chic perfectly – you can find a Prada bag right next to Adidas tracksuit pants – and art objects as well as books, Voo quickly established itself as the go-to retail store in the city. 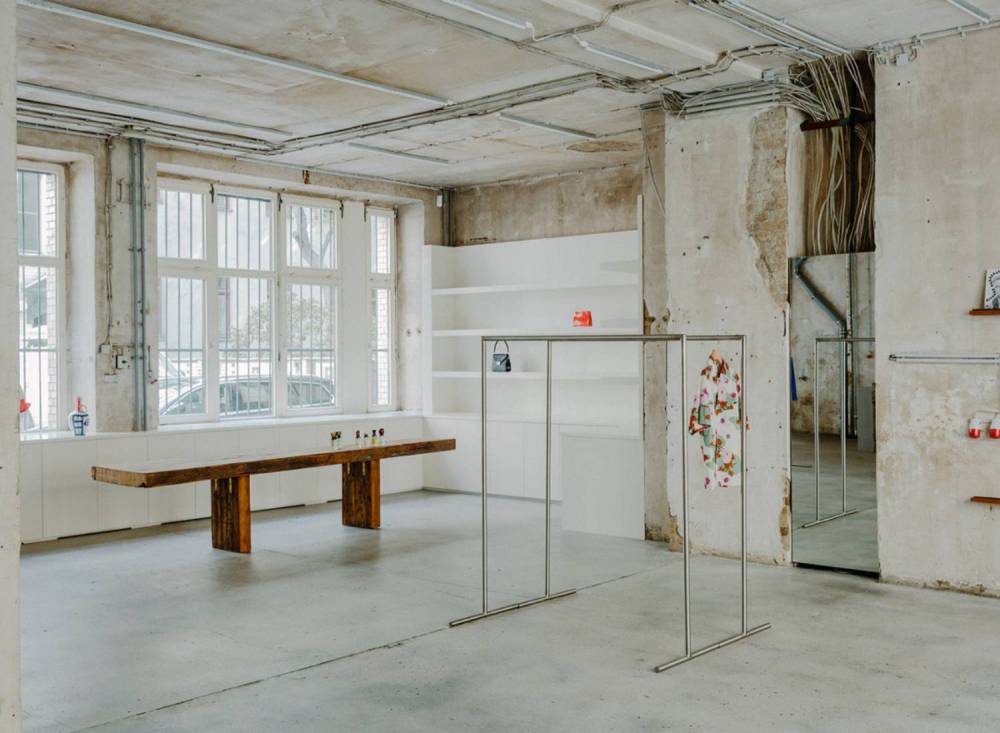 When Voo Store-founder Yasin Müjdeci first came to Berlin back in 2003 to study political science, he expected to just stopover before finally moving to Paris. But as life never goes quite as planned, he fell in love with the city, that for him was very different from what he had expected. 2003 was also the year Berlin´s then-mayor Klaus Wowereit described the city as “poor, but sexy” and played an important role to shift the city´s reputation from a war-torn city to a creative and inclusive place.

Today, we are turning 10 years old 🎂. We would like to thank all the staff, partners and customers that have been part of this wonderful journey. We are so happy to finally be able to share this wonderful family portrait shot by @carlota_guerrero, a special day we were lucky to spend together back at the beginning of March before the Corona outbreak. To celebrate, we are offering a -10% discount for 10 days on all purchases in-store and online by using voucher code 10YEARSTOGETHER before checkout. Photography: @carlota_guerrero Styling: @vivianehausstein

Over the course of a decade, Yasin Müjdeci has not only established an inspiring concept store but a cultural institution, as well as a global attraction. Voo Store plays an important role in Berlin´s contemporary scene. With all the attention and fame, Voo Store gets, it still sticks to its original spirit of freedom. Happy Birthday, Voo!